The goal, according to UI Community Clinics Director of Clinical Services Rachel Kirchner, is to “expand convenient care options for people in Cedar Rapids, as well as provide better continuity of care for the thousands of existing UI Health Care patients and employees that live in the Cedar Rapids area.”


UIHC recently faced pushback from Cedar Rapids-area providers — including Mercy and St. Luke’s — in its application to build a new $395 million, 469,000-square-foot hospital and clinics site in North Liberty, along Forevergreen Road off Interstate 380.


Community hospitals voiced concern UIHC was veering out of its lane by trying to compete for primary care patients in the corridor — which the local providers said they have capacity to serve.


UIHC executives responded by asserting the North Liberty project aims to expand the university’s ability to care for the sickest and most acute patients across the state.


“Expansion of tertiary care services at UIHC does not threaten community hospitals,” according to an August UIHC presentation to the State Health Facilities Council, which approved the North Liberty project. “Our primary and secondary care clinics focus on teaching, growing to train more residents and medical students each year.”

They provide acute-care options for minor illnesses and injuries “and typically have shorter wait times than a busy emergency room,” according to a UIHC announcement of the Cedar Rapids opening.


Specifically, UI Urgent Care locations — like its other two in Coralville and Iowa City — can provide IV fluids, stitches, X-rays, and casting for broken bones.


University officials Tuesday told The Gazette they did not have project costs “readily available.” They’re leasing the new clinics’ space, according to a UIHC spokeswoman Laura Shoemaker.


“We have thousands of patients who currently live in Cedar Rapids,” Shoemaker said. “Many of these people first became established patients with UI Health Care because they have complex specialty care needs. Some of these patients prefer to receive their primary care services within the same health system to allow for better continuity of care.”


Many UIHC employees, additionally, live in Cedar Rapids and want to get their health care through their employer, according to Shoemaker.


“Our goal is to provide both of these populations with more convenient access to care by locating some of our primary care services closer to where they live,” she said.


By co-locating a sports medicine clinic in the same Urgent Care-Cedar Rapids space, UIHC aims to provide a “seamless experience for patients who seek care for orthopedic injuries.”


Orthopedics was among the hot-button issues discussed as part of UIHC’s application to build in North Liberty. The university’s first proposal in 2020 suggested “orthopedic surgery would account for a significant portion of the initial service mix,” and proposed a majority of its inpatient beds would be for orthopedics or ambulatory recovery — like hip and knee arthroscopes, which also involve orthopedics.


Community hospital and care providers raised UIHC’s orthopedic intentions among concerns about the risk to their operations. And UIHC’s revised application removed the orthopedic language, with officials telling The Gazette in the fall that specialty plans at the new facility remain flexible.


Subsequently, the state in March gave the go-ahead for a new $19.2 million Steindler North Liberty Ambulatory Surgery Center — near where UIHC is building. The center is part of a larger project to include a new Steindler Orthopedic Clinic.


The university, before the state approved that project, asked the council to consider previously-submitted data and testimony “indicating that Eastern Iowa has significant capacity available in both community hospital and ambulatory surgical settings that currently is going unused.”


UIHC officials wrote data “are not consistent with the need for either an additional ambulatory surgery center or a new orthopedic hospital in Johnson County.”


UIHC considers its primary service area to be 10 counties in southeast Iowa, including Johnson — where it’s located — and Linn County, home to Cedar Rapids. In 2021, 92,121 of UIHC’s clinic visits involved patients from Linn, second only to 393,681 clinic visits from Johnson County residents. 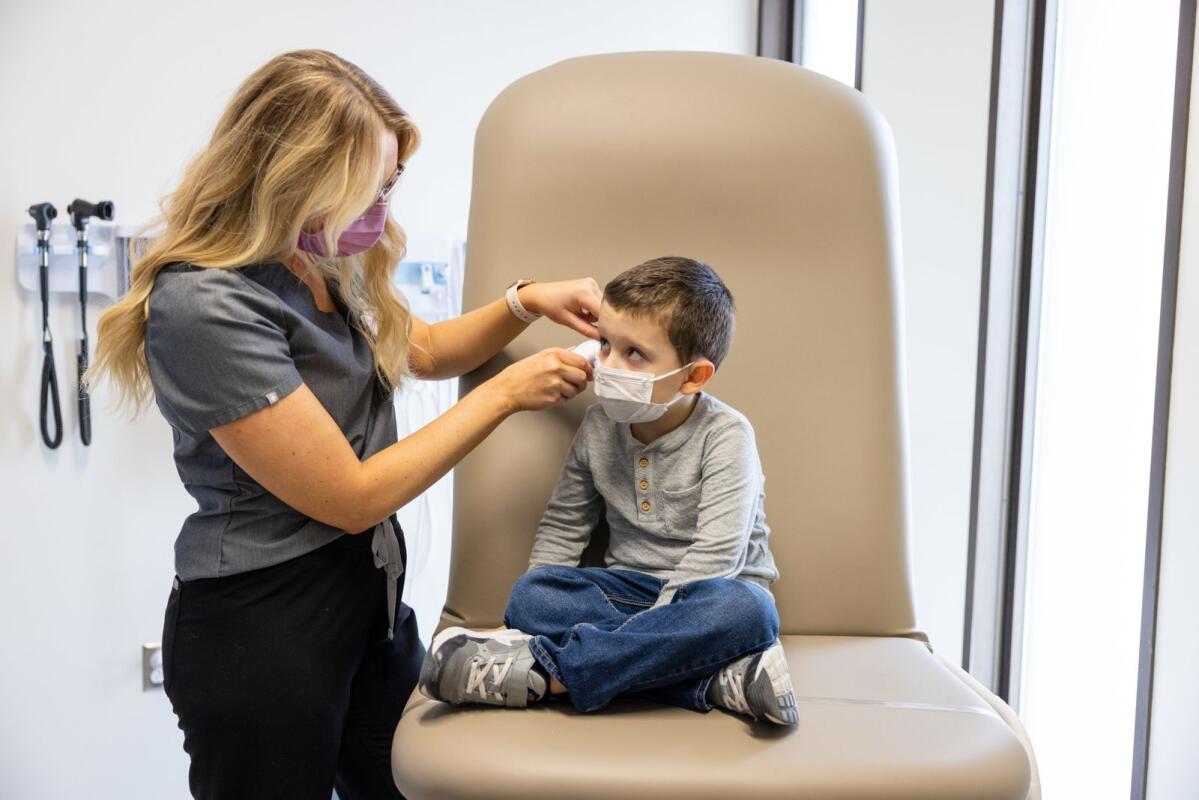 Adding to the growing clinic side of its operation, University of Iowa Health Care on Tuesday opened new Urgent Care and Sports Medicine clinics in Cedar Rapids.