Five-year program also will include expansion of water quality monitoring​


IOWA CITY — The federal government has chosen the University of Iowa to be part of a $360 million national consortium to improve flood prediction and water quality tracking across the country.


The UI will receive $21 million over five years as a partner in the Cooperative Institute for Research to Operations in Hydrology (CIROH), funded by the National Oceanic and Atmospheric Administration (NOAA), UI reported.


Researchers at the Iowa Flood Center and IIHR-Hydroscience and Engineering will support the institute in the following ways:

“We’ll be working with the national team on developing near-term, midterm and long-term hydrologic forecasts,” said Larry Weber, professor of civil and environmental engineering and the Edwin B. Green Chair in Hydraulics at IIHR, who will lead institute activities at Iowa.


The UI’s predictive models are used by Iowa emergency managers before and during flood events — such as in 2016, when the Cedar River threatened to flood Cedar Rapids — but the models also are used in times of drought, which has hit Iowa and other states in recent years, Weber said.


Consortium leaders in the federal government and at the University of Alabama Huntsville also are interested in the UI’s monitoring of agricultural pollution in Iowa’s streams and rivers, Weber said.


Data from this Iowa sensor network has documented nitrate levels in Western Iowa rivers measuring over safe drinking water standards, among other findings. In a 2018 journal article, UI researchers correlated these high nitrate levels with a high concentration of animal feeding operations in northwest Iowa.


Nitrate and phosphorus that flow from Midwestern states down the Mississippi River have caused an oxygen-depleted zone in the Gulf of Mexico where fish and other wildlife can’t survive.


“They will be working toward a new real-time water quality forecast model,” Weber said of the consortium. “In particular, we will focus on nitrate first.”

Weber anticipates a build-out of Iowa’s nitrate sensor network, followed by expansions to the region and nation. These water quality efforts will be secondary to the water quantity goals for the consortium, he said.


While the consortium includes five years of funding, with an optional five-year extension, Weber said many similar institutes have operated for decades. The federal money does not negate the need for state support for Iowa-focused research, he said.


“It brings stability fiscally and from a staffing perspective,” he said. “People have confidence we’re going to be in this business for the next long time.”


There are 13 other universities involved in the consortium. They are: 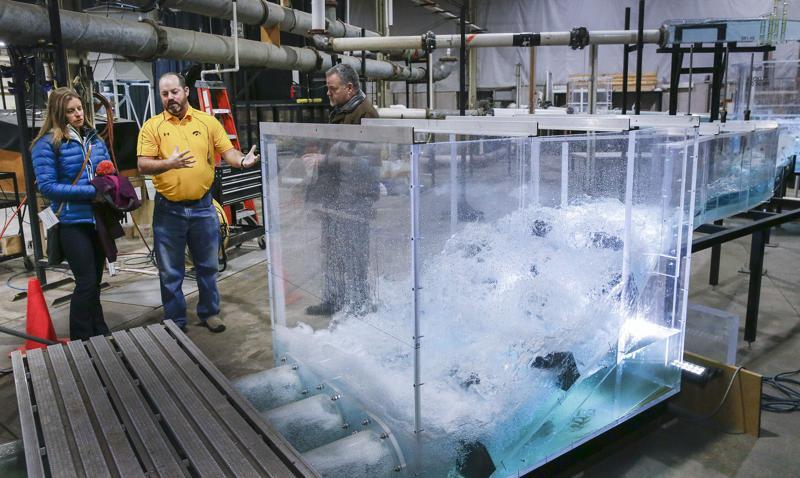 The federal government has chosen the University of Iowa to be part of a $360 million national consortium to improve flood prediction and water quality tracking across the country. Consortium will involve 14 universities, as well as other partners, and will bring funding stability to the Iowa...

Better hope Gov. Kim doesn't hear about this.
Reactions: cigaretteman and dekhawk
You must log in or register to reply here.