Instead of paying a Cedar Rapids contractor the $12.8 million a jury awarded last month, the University of Iowa is asking a judge to pause a requirement it pay the money so it can dispute the verdict or appeal in a dispute over construction of its costly Stead Family Children’s Hospital.


“Defendants respectfully request the court to order a stay of enforcement and/or execution of judgment or any further proceedings in this matter until the parties have had the opportunity to fully brief their post-trial motions and the court issues its rulings,” said a motion the Iowa Attorney General’s Office filed on behalf of the state, UI and Board of Regents.


Any “post-trial motions” the state has filed or plans to file haven’t yet been made public. But its Nov. 7 request to pause payment of the recent judgment indicated the UI and the board want a judge to vacate the verdict or grant a new trial.

Rules the state cited for its planned post-trial motions are ones allowing defendants who lose at trial to argue for a new trial if, for example, they were harmed by irregular proceedings, jury misconduct, an “accident or surprise,” errors of law, newly-discovered evidence or “excessive or inadequate damages appearing to have been influenced by passion or prejudice.”


“Defendants assert that thorough consideration of their post-trial motions is sufficient cause to issue a stay in this case,” the state argued, hinting at an appeal of the verdict. “In addition, a stay … does not waive the right to appeal.”


The motion says the contractor won’t be harmed by a delay of payment “as post-judgment interest will accrue while these proceedings are litigated.”


Contractor Modern Piping on Oct. 27 — the day after its favorable verdict — asked the court to require the state, UI and regents to pay an additional $16 million related to issues about posting a bond and questions that arose at the start of the disagreement in 2016.


The state responded by arguing — among other things — that the bond issues related to the dispute were resolved years ago, and it urged the court to reject the contractor’s ask for a bond payment amounting to 125 percent of the $12.8 million jury award.


“The State of Iowa continues to be an entity that will remain in existence and has the ability to pay damages, once post-trial matters are resolved,” according to the Attorney General’s Office.


The October verdict — which came after jurors deliberated just over an hour — found the UI in April 2016 wrongfully blocked the American Arbitration Association from mediating its disputes with Modern Piping on both its 14-story Stead Family Children’s Hospital and Hancher Auditorium projects.


The $12.8 million decision — if the university ends up paying it — would bring expenses tied to the hospital, originally budgeted at $270. 8 million, to more than $400 million. In addition to legal costs and contractor disputes, project expenses escalated following delays and mismanagement — as cataloged in The Gazette’s “Tower of Troubles” investigation in 2018.


A judge first sided with Modern Piping and the arbitration association in 2017, ordering the UI to pay tens of millions. The university’s request for a new trial was denied, compelling a UI appeal — which the Court of Appeals also rejected, upholding the ruling against the UI and affirming a Johnson County District Court judge’s $21.5 million award for Modern Piping.


Modern Piping then filed a claim seeking compensation for costs it incurred from the university’s original refusal to arbitrate — resulting in the recent verdict.


Separate from its Modern Piping dispute, the university in June sued two contractors responsible for installing defective, delaminating and cracking windows in its Children’s Hospital. Work to assess the damage, install temporary fixes and restore the windows is expected to cost $10 to $15 million.


If the university doesn’t receive any compensation for those costs, and it pays the recent jury award, expenses tied to the Children’s Hospital could top $420.5 million. Should a judge award the additional $16 million bond payment, the tally would swell to $436.5 million — a 61-percent increase over its original budget. 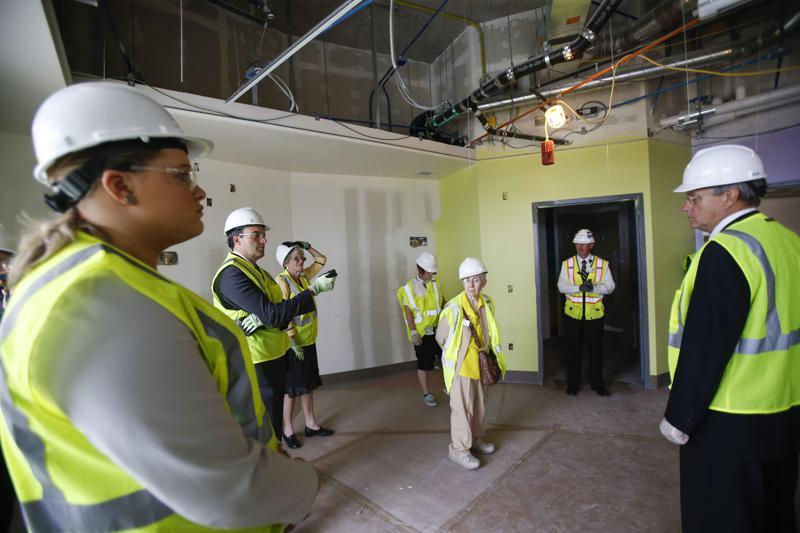 Meanwhile, contractor Modern Piping the day after its favorable verdict Oct. 27 asked the court to require the state, UI and regents to pay an additional $16 million related to bond issues and questions that arose at the start of the disagreement in April 2016.

Is this when we wave to the kids?
Reactions: onlyTheObvious and cigaretteman

Can’t be easy to run a company when your accounts receivable from years and years ago still isn’t paid. Guessing they may have needed to take out loans for cash flow.

not to mention all the legal fees.
Reactions: GOHOX69 and cigaretteman

Can’t be easy to run a company when your accounts receivable from years and years ago still isn’t paid. Guessing they may have needed to take out loans for cash flow.

not to mention all the legal fees.
Click to expand...

Them administrators and their "in house" counsel make bank. The associate vp is my law school classmate. Ahh, the stories I could tell.
You must log in or register to reply here.