Just four years after University of Iowa Health Care opened its 14-story, $392.7 million Stead Family Children’s Hospital — and after design changes and cost overruns pushed the project $122 million over budget — the hospital is asking to spend another $10 to $15 million to replace two floors of windows.


If the Board of Regents next week approves replacing windows on Floors 4 and 5 of the Children’s Hospital — and on a connector bridge leading to the main UIHC campus — it will swell the project’s total cost to over $407 million.


That price still does not include costs for consulting and assessments to determine which windows pose a risk and the cause of the deficiencies. It also excludes temporary measures to keep visitors safe.


“We were just noticing some cracking in a few isolated windows, and when we saw them in more than a few windows, then we hired an outside firm to come in and make sure it’s OK,” UI Hospitals and Clinics Chief Executive Officer Suresh Gunasekaran told The Gazette.


After the issue was first seen in 2019, the consultant identified manufacturer deficiencies in only certain types of windows in the Children’s Hospital — meaning most, including those in patient rooms, are not affected. The hospital last summer installed a protective film over windows of concern and in 2019 closed the hospital’s playground among its “preventive” measures.


“As soon as we thought there might be an issue with similar windows, we wanted to close the playground out of an abundance of caution,” Gunasekaran said. “We didn’t actually think the playground was at risk, but we just wanted to be on the safe side.”


In addition to the windows’ cracking, hospital officials noticed blemishes and delamination — when an adhesive bond between two plates of glass starts to separate.

In the UIHC request for regent approval to spend $10 to $15 million, officials report they found enough issues “to raise concerns about the long-term performance of the window systems.”


Although UIHC doesn’t believe windows on other floors pose a risk and that affected windows are secured by the protective film, officials are “actively monitoring all windows while a permanent solution is determined.”


Officials have told the board they plan to use UIHC building usage funds to cover the replacement costs, although Gunasekaran said the campus is looking into insurance options and whether the windows are still under any sort of warranty.


“We’re presently investigating all of that,” he said, but added UIHC wanted to get started on the bidding process now. “That was really our broad thought on this is, let’s get it going. But, at the same time, we’re still talking to the vendors who originally did this to figure out who’s going to ultimately end up paying for this.”


Although a consultant continues to evaluate the deficiencies, Gunasekaran said, the problems have nothing to do with the hospital’s design or structure.


Gunasekaran said the campus didn’t initiate a replacement sooner because officials didn’t immediately know what was causing the problem.

“Initially, we actually thought that this might have something to do with something hitting the windows,” he said.


Among the times UIHC came back to its governing board for more money on the Children’s Hospital — which it started building in 2013 — was in September 2015, when administrators wanted to add millions for a variety of “safety enhancements” that included a “robust window system.”


The system, according to documents, was designed and tested “to assure its integrity would not be compromised during severe weather events, such as a tornado or straight line winds.


“Each patient room now also incorporates two protective automatic shades that have the proven capability of containing shards of glass associated with debris projected at the equivalent of EF3 wind speed.”


Gunasekaran said those upgrades are not tied to the deficiencies.


The hospital also had to return to the board for more money years after it opened due to extensive and contentious litigation stemming from the project’s thousands of midstream design changes, delays and project mismanagement, revealed in a 2018 investigation by The Gazette.


A judge eventually ruled against the university and forced it to pay contractors more than $30 million. That court order meant UIHC had to return to the board to request another cost hike — this time from $360.2 million to $392.7 million.


Although the project predates Gunasekaran’s arrival, he said his team has learned from the Children’s Hospital and since has embarked on a string of construction projects that finished on budget and on time.


Since the Children’s Hospital project, he said, the university and UIHC have implemented a new construction process.


“We have utilized our a new process where we are far more diligent in terms of how we organize ourselves, in terms of working with contractors, and also how we’ve improved communication with our vendors,” he said. “So we feel like we’re in a better place.


“But we’re really disappointed also that we’ve had to find this.” 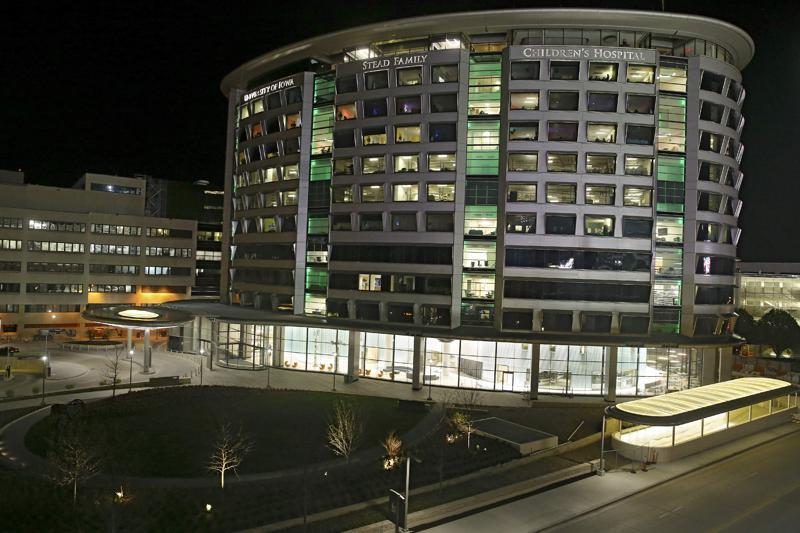