US Indian boarding schools to be investigated

The new “Federal Indian Boarding School Initiative” will result in a detailed report compiled by the Interior and will include historical records of boarding school locations, burial sites and enrollment logs of children’s names and tribal affiliations. Haaland made the announcement virtually at the 2021 National Congress of American Indians mid-year conference, a four-day gathering for tribal leaders, policymakers, and partners to discuss issues currently facing Indian Country.

The unprecedented move will ultimately aim to create healing by understanding the true scope of boarding schools in the U.S., Haaland said.

(Related: 'We won't forget about the children')

The initiative will make “a comprehensive review of the troubled legacy of federal boarding school policies” from as early as the 19th century.


The agency says it will proceed in phases to collect information. Tribal nations, Alaska Native corporations and Native Hawaiian organizations will be formally consulted to clarify “the processes and procedures for protecting identified burial sites and associated information,” the agency said in a news release.


As news spread across Indian Country, tribal leaders reacted saying the investigation is important and needed.

“This troubling history deserves more attention to raise awareness and to educate others about the atrocities that our people experienced, so that they can better understand our society today and work together to heal and move forward,” Navajo Nation President Jonathan Nez said in a statement. 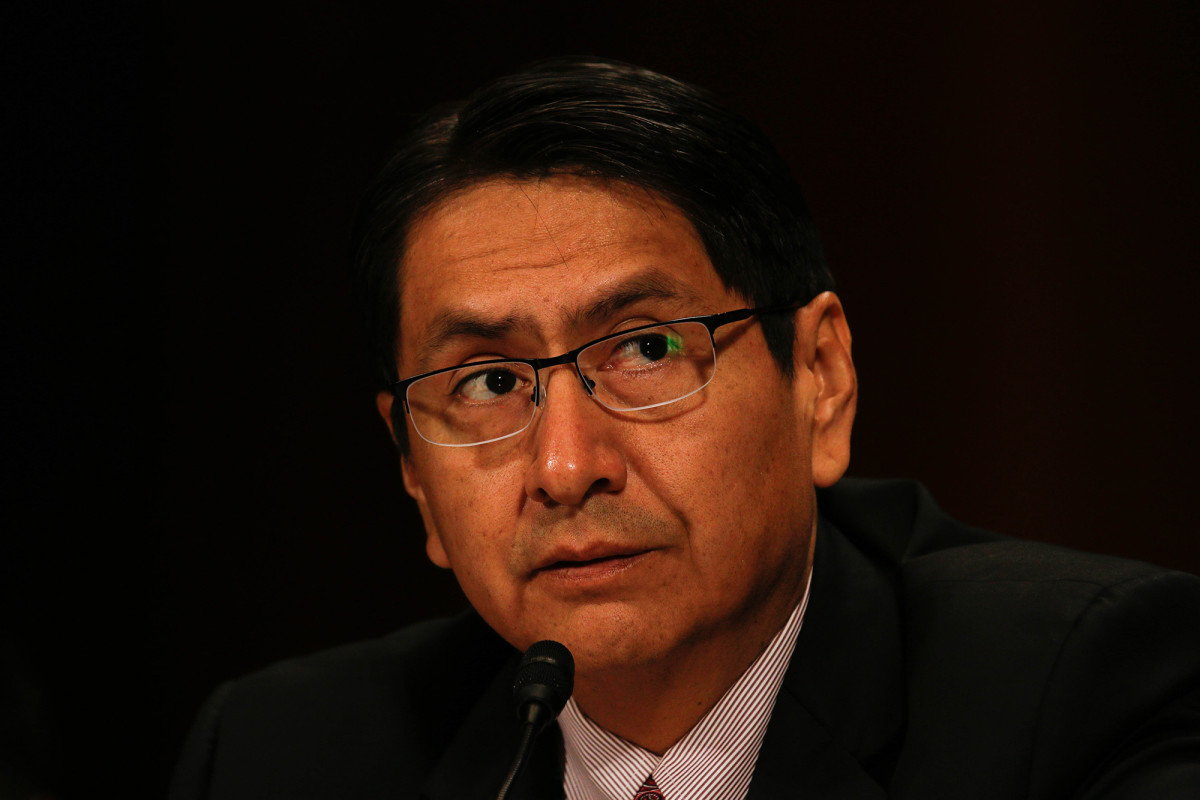 
"It brings to question now: How many of those kids that were taken away all came back? And are some still considered missing and where may some of these kids be?" Nuvangyaoma said.

"I think it's going to reignite maybe some emotions for some elders who have, you know, a history with this," he added.

The chairman praised Haaland and her role in the Biden administration.

"Had it been somebody else, not of a Native background, Native culture, would this actually be getting the attention that it's getting today? My thought is no," Nuvangyaoma told Indian Country Today. "So I would align with everybody else in that same thought, in that concept because we do have a Native American woman, a strong woman at the helm who understands some of these concerns, is probably the only reason why this is being brought up now as a scenario."

On social media, Native and non-Native people reacted, commending Haaland’s actions. Some added they are nervous to learn the findings of the report.

“I hope families will have closure if their relatives are found,” one person wrote on Twitter.

“This is huge. I grew up knowing about these sites bc both of my grandparents survived them (only by life, not sure if their hearts totally survived) and my father made sure I knew the stories. Horrifying to think of how much this is going to uncover on record,” another wrote.


The agency added available historical records will be surveyed from federal repositories like the National Archives, the American Indian records repository and non-governmental organizations that operated Indian residential boarding schools.

A final written report will be submitted to Haaland by April 1, 2022, and will be supervised by the office of the assistant secretary for Indian Affairs.

“We must shed light on what happened at federal boarding schools,” Principal Deputy Assistant Secretary for Indian Affairs Bryan Newland, citizen of the Bay Mills Indian Community, said. “As we move forward in this work, we will engage in Tribal consultation on how best to use this information, protect burial sites, and respect families and communities.”


The initiative, Haaland said, was created after the discovery of 215 unmarked graves of Indigenous children by Canada’s Tk’emlúps te Secwépemc First Nation at the Kamloops Indian Residential School. Many believe it is likely more graves will be found at the U.S. Indian boarding schools. 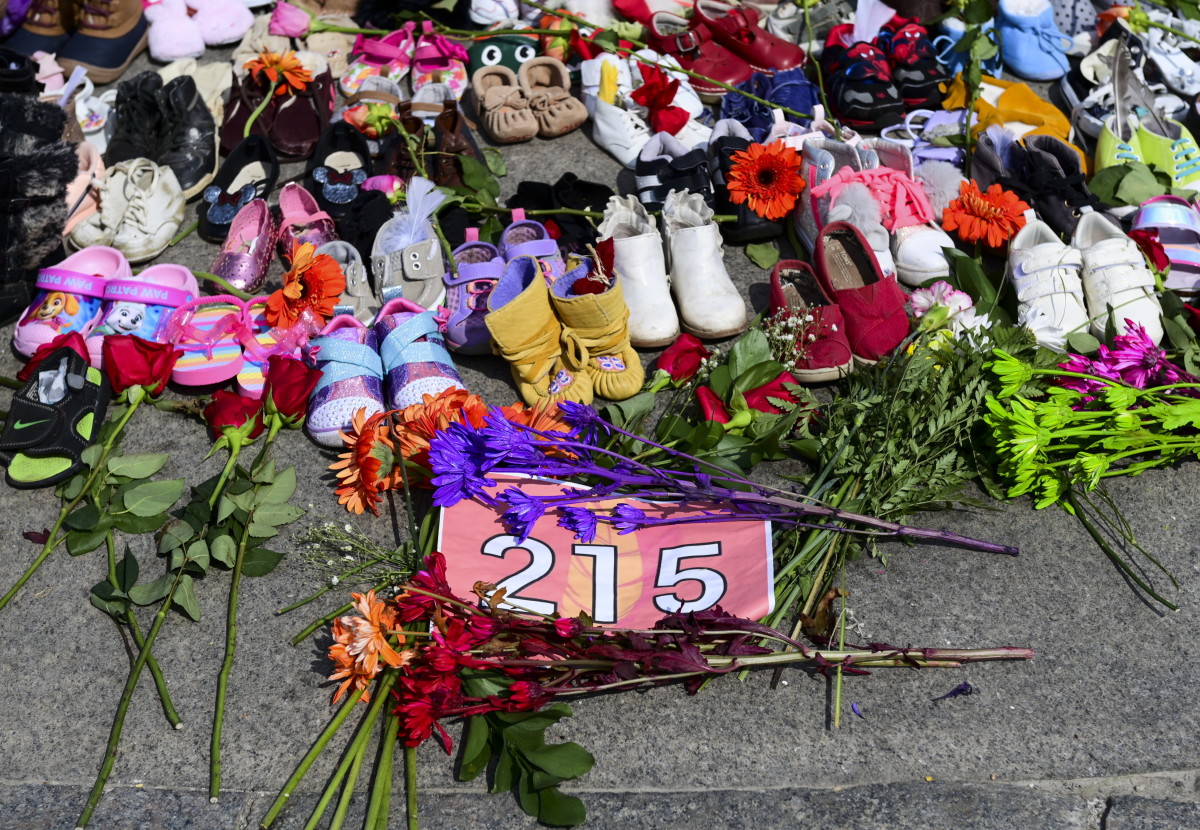 Flowers, children's shoes and other items rest at a memorial at the Eternal flame on Parliament Hill in Ottawa on Tuesday, June 1, 2021, in recognition of discovery of children's remains at the site of a former residential school in Kamloops, British Columbia. (Sean Kilpatrick/The Canadian Press via AP)

Federal boarding schools first started with the Indian Civilization Act of 1819 when the U.S. enacted laws and policies to establish and support Indian boarding schools across the nation. For over 150 years, Indigenous children were taken from their communities and forced into boarding schools that focused on assimilation.

A key point of Haaland’s included the federal government's attempt to wipe out tribal identity, language and culture and how that past has continued to manifest itself through long-standing trauma, cycles of violence and abuse, premature deaths, mental disorders and substance abuse.

She added a story of her own grandmother who was loaded on a train with other children from her village to be shipped off to boarding school. This story was also highlighted in a recent op-ed Haaland penned for the Washington Post. She said many families have been haunted for too long by the “dark history” of these institutions and that the agency has a responsibility to recover that history.

“I don’t see it as my role to be the voice for all Native people, but rather to amplify your voices so that American Indian, Alaska Native and Native Hawaiian communities have a seat at the table to speak for themselves,” Haaland said. “By sitting at this table together, we can build a better relationship for future generations that is not rooted in the worst parts of our past.” 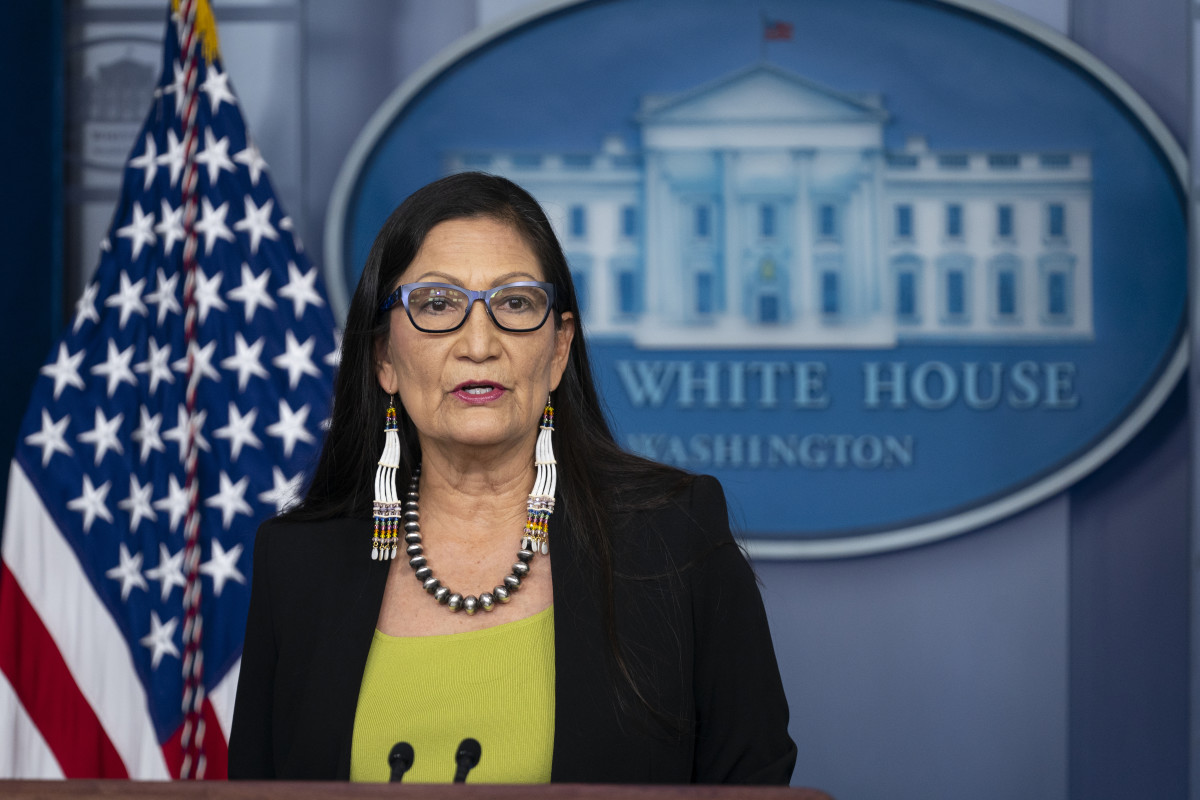 US boarding schools to be investigated

Following news of Indigenous children’s remains found at residential schools in Canada, Interior Secretary Deb Haaland will investigate the scope of the problem in the US

indiancountrytoday.com
You must log in or register to reply here.

For 157 years, a Colorado governor’s order to kill Native Americans remained on the books. Not anymore.