The U.S. International Trade Commission imposed a 20 percent tax on phosphate fertilizer from Morocco in 2021 after a request from American producer Mosaic Co., which said it was harmed by government subsidies on Moroccan exports.

Prices of fertilizer have risen sharply due to inflation, supply chain disruptions, shifting demand and global conflict, creating financial concerns for farmers. The Russia-Ukraine war has pushed up the price of natural gas, a key ingredient in fertilizer, and has led to sanctions against Russia, a major exporter of fertilizer.


Miller pointed to a June study from Iowa State University he commissioned into the causes of high fertilizer prices to determine whether price gouging was occurring in the market. While crop prices have roughly doubled over the past couple of years, fertilizer prices are two to four times higher than they were in September 2020, according to the ISU study.


“It’s critical that the President act as soon as possible, as growers begin purchasing fertilizer in preparation for the 2023 growing season,” Miller said in a statement. “These farmers have already suffered enough.”


Miller said that he’s grateful the U.S. International Trade Commission decided not to increase duties on urea ammonium nitrate, another critical fertilizer for farmers, and called on the commission to reverse its decision to allow the tariffs on phosphate fertilizer products. In the meantime, Miller said Biden should use his authority to waive import duties on fertilizer products. Miller said he remains concerned that manufacturers are taking advantage of higher crop prices to increase their returns.


“More evidence is emerging that these tariffs are unnecessary to protect domestic manufacturers of fertilizer,” he said.

A project in partnership with Practical Farmers of Iowa, designed to advance several land use and edge-of-field water quality practices, will receive $480,000; and a three-year project in partnership with the Soil and Water Conservation Society, designed to build capacity and edge-of-field infrastructure practices in four new locations within key watersheds, will receive $426,000, according to the Iowa Department of Agriculture and Land Stewardship.


“With dedicated water quality funding, we are not only able to expand and scale-up existing partnerships, but we are also adding new projects that will be used to demonstrate new and innovative conservation practice delivery methods,” Iowa ag secretary Mike Naig said in a news release. “We are eager to welcome new partners, whether rural or urban, who want to work collaboratively with us to reach more Iowans and help deploy and install proven practices that will improve water quality.”


WOMEN’S HALL OF FAME: The 2022 honorees to the Iowa Women’s Hall of Fame have been announced by the Iowa Commission on the Status of Women.


The four new honorees are Elizabeth Cowles, a civic and social activist from Des Moines who in 1934 developed the entity that opened a free birth control clinic for married women that later became Planned Parenthood of Iowa; Mary Elaine Richards, a former Story County Attorney from Ames and first female president of the Iowa Association of County Attorneys; Laurie Schipper, a former executive director of the Iowa Coalition Against Domestic Violence from Des Moines; and Mary Swander, an author from Kalona who also co-founded and serves as executive director of a nonprofit that promotes healthy food systems through the arts.


An induction ceremony will be held at 9:30 a.m. Aug. 27 at the Des Moines Playhouse. A reception will follow. Both are free and open to the public, and no registration is required.


LATINO HALL OF FAME: The newest members of the Iowa Latino Hall of Fame were announced by the Iowa Commission of Latino Affairs.


The new members will be inducted into the hall of fame during a ceremony at 5:30 p.m. Oct. 15 at the Des Moines Art Center. A reception will follow. Both are free and open to the public, and no registration is required. 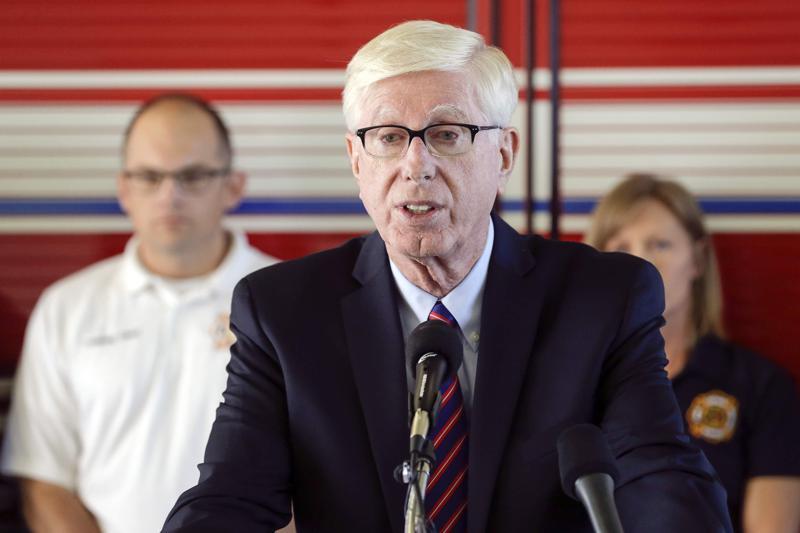 I don't like tariffs very much and I think it is becoming increasingly clear on why they aren't very effective at getting other countries to change their policies. On the other hand, they could be more effective if businesses would decide to just start producing this stuff at home rather than relying on someone else. Evidently, it is cheaper to try and lobby Washington though. Or maybe it's still cheaper to just deal with the tariffs, but if there has ever been a stronger anti-globalism argument, we are living it. Not to say I am an anti-globalist, but we can see some of the disadvantages with it right now.

The United States is the leading producer of phosphate in the world, but Morocco is a large miner as well. Morocco wants to export it product to other countries including the US, so they subsidize their domestic miners so their product can be mined and exported cheap enough to compete, and this had distorted the market. Now, during a period of elevated input costs for American row crop growers the tarriff has added to the burden. The investment it takes to grow every acre of corn or soybeans is significant. The size of that investment makes it more expensive to not only grow the crop, but to consume it as well. The tariff has done nothing to change the behavior of the Moroccan government, but the cost of it has filtered down to the US consumer during a period of already higher inflation.

I'm not shedding any crocodile tears for the US grower or the American mining interests here, but I am concerned what this tariff is doing to the American consumer. Tom Miller is on the right track here.
Reactions: cigaretteman
You must log in or register to reply here.