Iowa residents once again have the inside edge on grabbing tickets to Major League Baseball’s game at the “Field of Dreams” movie site later this summer.

Fans with an Iowa zip code can enter a public registration for a ticket lottery for this year's Major League Baseball game between the Cincinnati Reds and Chicago Cubs on Aug. 11 in Dyersville.

The registration takes place through June 9 on the event website. Winners of the lottery will be notified on June 15. They’ll have an opportunity to purchase two tickets and one parking pass to the game.

The game will be played at a specially constructed park built near the field from the iconic 1989 movie starring Kevin Costner. Costner plays an Iowa farmer who plows over his corn to build a baseball field for Joe Jackson and other members of the banished Chicago White Sox to play on.

Iowans got a chance to purchase tickets to last year's game as well through a special lottery. The ones that made it were treated to a historic show. Costner was part of a touching tribute, appearing out of the corn and greeting members of the Chicago White Sox and New York Yankees during a picture-perfect Iowa evening.

The two teams went on to play a memorable back and forth contest that ended with White Sox shortstop Tim Anderson belting a walk-off home run into the corn. Nearly six million viewers tuned into the game and made it the most watched single regular season baseball game on any network since 1998.

While it will be tough to top with this year's game, MLB and FOX are hoping to once again put on a show for fans and viewers. Two Iowa Minor League Baseball teams, the Quad Cities River Bandits and Cedar Rapids Kernels, will play at the park two days before the MLB game. FOX also plans to honor Ray Liotta, the late actor who played Jackson in the movie, during the broadcast. Liotta died last week at the age of 67. 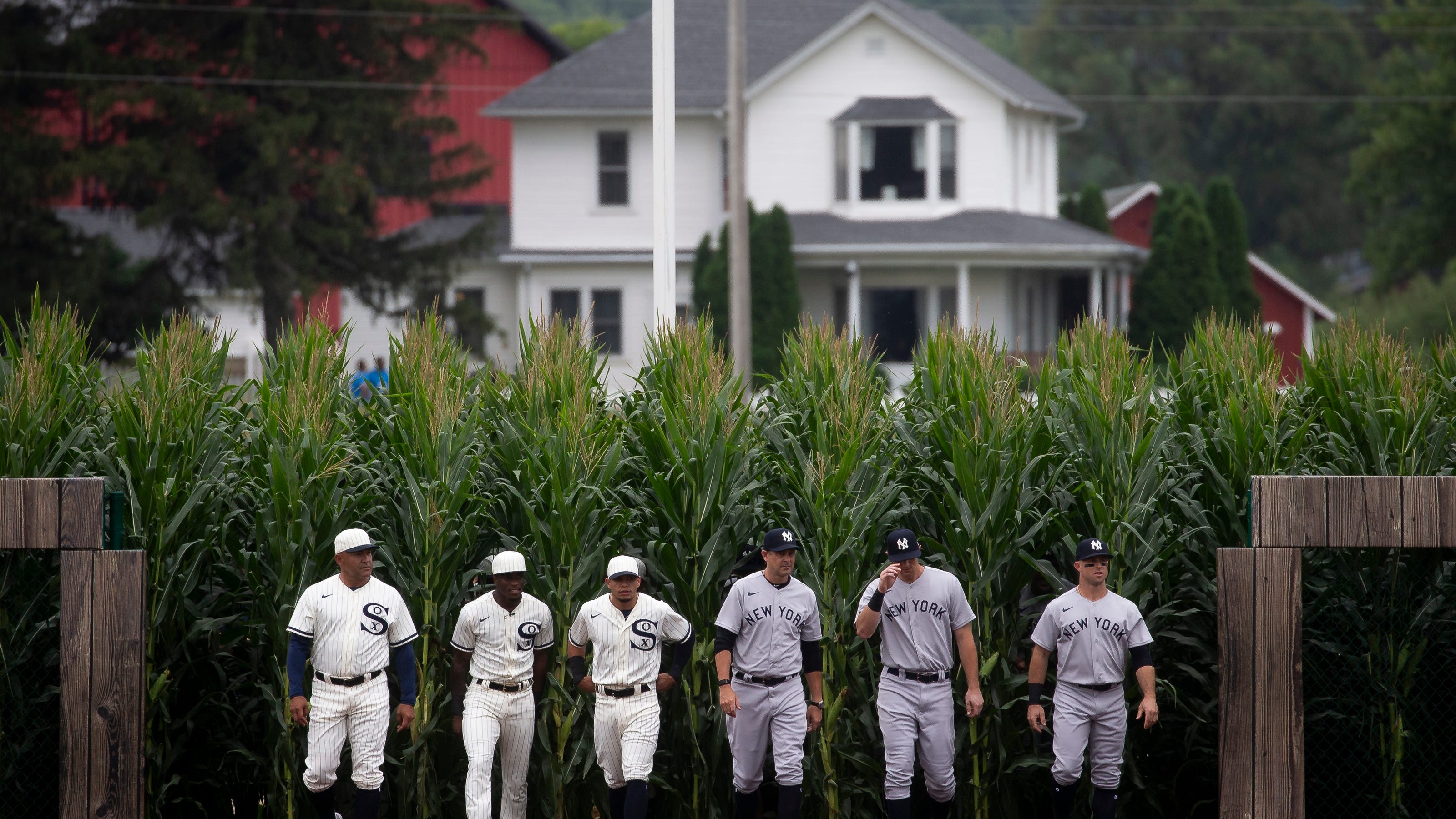 Want tickets to this year's Field of Dreams game? You'll need an Iowa ZIP code to get inside edge

Registration for the Aug. 11 game between the Chicago Cubs and Cincinnati Reds in Dyersville, Iowa begins today online.
www.press-citizen.com

So the "reward" for living in Iowa is attending a Reds-Cubs game? That just seems cruel.

A matchup of 2 of the 4 worst records in the NL. I'm not joking when I say I would be far more interested in attending the Cedar Rapids - Quad City game there this year.
Reactions: BioHawk

QChawks said:
the kernals vs bandits game is probably going to be better baseball
Click to expand...

Did anyone gett an email yesterday regarding tickets being available from the 1st ticket lottery?

I had an email sent to me from MLB.com stating that I had the option to buy tickets but it was 1st come 1st served and the deadline was Friday at 12. I was able to get 2 tickets and a parking pass yesterday. Tickets are in my MLB ticket account. Very surprised.
Reactions: Moral and B1GDeal

HAZEL GREEN HAWK said:
Did anyone gett an email yesterday regarding tickets being available from the 1st ticket lottery?

I had an email sent to me from MLB.com stating that I had the option to buy tickets but it was 1st come 1st served and the deadline was Friday at 12. I was able to get 2 tickets and a parking pass yesterday. Tickets are in my MLB ticket account. Very surprised.
Click to expand...

I got my rejection email last week.
Reactions: Moral

I’ll just sneak in through the corn fields.
Reactions: B1GDeal and cigaretteman
H

Barnstormers Hoops said:
I got my rejection email last week.
Click to expand...

I also got the rejection email last week but apparently all of the tickets werent purchased by the 1st round lottery winners. Looks like they must have redrawn some more emails.
You must log in or register to reply here.