The Justice Department is investigating President Donald Trump's actions as part of its criminal probe of efforts to overturn the 2020 election results, according to four people familiar with the matter.
Click to expand...

Prosecutors who are questioning witnesses before a grand jury — including two top aides to Vice President Mike Pence — have asked in recent days about conversations with Trump, his lawyers, and others in his inner circle who sought to substitute Trump allies for certified electors from some states Joe Biden won, according to two people familiar with the matter. Both spoke on the condition of anonymity to discuss an ongoing investigation.
Click to shrink...
Click to expand...

The prosecutors have asked hours of detailed questions about meetings Trump led in December 2020 and January 2021; his pressure campaign on Pence to overturn the election; and what instructions Trump gave his lawyers and advisers about fake electors and sending electors back to the states, the people said. Some of the questions focused directly on the extent of Trump's involvement in the fake-elector effort led by his outside lawyers, including John Eastman and Rudy Giuliani, these people said.
Click to shrink...
Click to expand...

Looks like Meadows ducking a congressional subpoena doesn't matter (as much):

In addition, Justice Department investigators in April received phone records of key officials and aides in the Trump administration, including his former chief of staff, Mark Meadows, according to two people familiar with the matter. That effort is another indicator of how expansive the Jan. 6 probe had become, well before the high-profile, televised House hearings in June and July on the subject.
Click to expand...

Get rid of him President Desantis is what this country needs!

If Trump is the Nominee, you guys have to vote for the Dem nominee. Otherwise all this talk of lock him up doesn’t mean jack. And Trump will be the Republican nominee…
Reactions: Torg

Nothing will come of this.
Reactions: GOHOX69
M

Gonna need a few more Trump rallies so Turd can grift the MAGAts for $$$ to pay his attorneys.
Reactions: cigaretteman, Torg, TheCainer and 1 other person

SIXERS24 said:
Get rid of him President Desantis is what this country needs!

SIXERS24 said:
Get rid of him President Desantis is what this country needs!

Well it's about damn time.

Let's get a Gaetz indictment while we're at it.

We're having to redefine lots of words these days - imminent, recession, vaccine. Let's just live up to the traditional definitions.

Just want to point out that both Reynolds and Grassley still support this traitor. They shame Iowa.
Reactions: cigaretteman and Torg

Huey Grey said:
Just want to point out that both Reynolds and Grassley still support this traitor. They shame Iowa.
Click to expand...

Hinson and Feenstra too!

Former President Donald Trump announced on June 5 that four Iowa Republican incumbents who are up for re-election in 2022 have his "Complete and Total Endorsement!"
U.S. Representative Mariannette Miller-Meeks was missing from the list.
In written statements published on his website and enclosed in full below, Trump described U.S. Representative Ashley Hinson (IA-01, seeking re-election in IA-02) as "a Champion for the American Family" and "a fierce advocate for our America First agenda." He called U.S. Representative Randy Feenstra (IA-04) a "strong advocate for Conservative Values" and an "unwavering advocate for our Wonderful Farmers and Ethanol Producers."
Governor Kim Reynolds was, in Trump's words, "a strong Leader and fantastic Governor" as well as "an America First Conservative."
Another statement hailed the "tremendous" work of U.S. Senator Chuck Grassley, a "Courageous Patriot." State Senator Jim Carlin is challenging Grassley in today's GOP primary and has described himself as the real pro-Trump Republican. But the former president already endorsed Iowa's senior senator on stage at a rally in Des Moines last October.
Miller-Meeks spoke at that Des Moines rally too. Why didn't she get a "Complete and Total Endorsement"?
My best guess is that she is paying the price for an honorable vote. In May 2021, Miller-Meeks was among 35 House Republicans who supported a bill on forming a bipartisan commission to investigate "the January 6 Attack on the United States Capitol Complex."
To my knowledge, Miller-Meeks never mentioned that vote in any news release, nor did she call attention to it on her social media feeds, where she often highlights her work in Congress.
The Des Moines Register's Brianne Pfannenstiel reported last June that when an audience member at a Republican event criticized the vote to create a January 6 commission, saying it "looks like it's just a way to stick Donald Trump in the eye," Miller-Meeks said this in her own defense.

"I think it's important to establish the timeline," Miller-Meeks said. "And the timeline is something that could help President Trump. I did not vote to impeach President Trump, because constitutionally I felt that he had protected free speech under the Constitution. It did not rise to the level of inciting violence."
Click to expand...

It's a safe bet that Trump doesn't see the commission's work to establish the timeline as something that will help him. But I would welcome insight on other reasons he might not be inclined to give Miller-Meeks his full-throated support.
Miller-Meeks was certified the winner in her last race by only six votes out of more than 394,000 cast. She's seeking re-election in the new IA-01 and will face Democrat Christina Bohannan in November. National forecasters have rated the district "likely Republican."
Trump carried the new IA-01 with about 50 percent of votes cast in 2020 to 48 percent for Joe Biden. This district's "partisan voting index," based on results from the last two presidential elections, is R+3, meaning the 20 counties voted about 3 points more Republican than the U.S. as a whole. 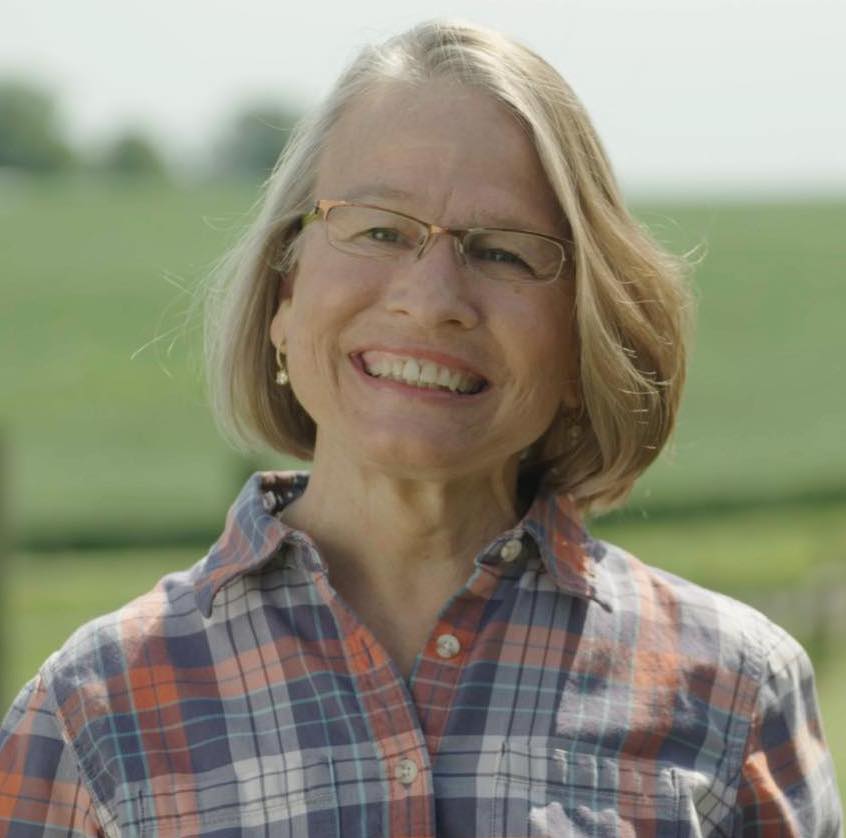 www.bleedingheartland.com
Reactions: Huey Grey
You must log in or register to reply here.