A campaign watchdog group has filed a formal complaint with the Federal Election Commission against the campaign arm of Senate Republicans, accusing the group of breaking federal law by using money that is supposed to be earmarked for legal expenses on campaign ads instead.

The complaint was filed this week by the Campaign Legal Center after the unusual use of walled-off legal funds by the National Republican Senatorial Committee was first reported by The New York Times this month.

In July, the Senate Republican campaign arm paid for $1 million in political advertising using money that, under campaign finance law, is meant to be for legal expenses. The spending, which appears to have been used for ads in the Senate races in Colorado and Washington State, is part of more than $3 million in media-related spending through the Republican committee’s legal fund, according to federal filings in 2021 and 2022.
Image 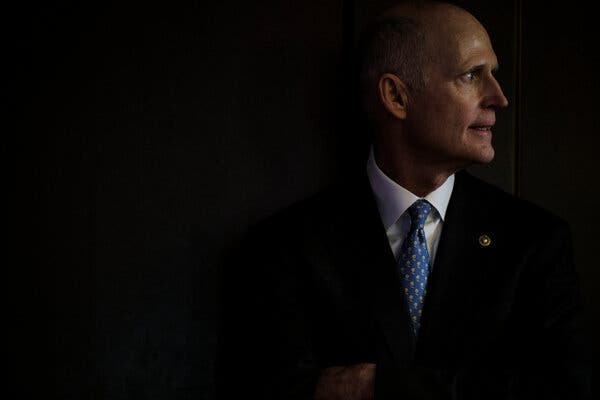 Senator Rick Scott of Florida oversaw an enormous wave of spending on digital ads at the National Republican Senatorial Committee.Credit...T.J. Kirkpatrick for The New York Times
In addition to the formal complaint by the watchdog group, the Senate Democratic campaign arm has asked the Federal Election Commission for a separate ruling on the legality of the practice, in an effort to spur the notoriously slow-moving agency into faster action.
In its request to the F.E.C., the Democratic Senatorial Campaign Committee asked for legal guidance on whether money raised specifically into such a legal fund can be used to pay for television advertising — something the committee’s lawyer wrote is likely to be illegal.
“It is beyond the imagination of the D.S.C.C. to understand why the N.R.S.C. believes that candidate attack ads are expenses incurred in connection with a legal proceeding,” Jacquelyn K. Lopez, a lawyer representing the Democratic committee, wrote to the F.E.C. in the request, which was filed Tuesday afternoon.
Federal law stipulates that money raised for such an account, to which individual donors are allowed to give three times as much as they can to the main committee fund-raising vehicle, can be used only for “the preparation for and the conduct of election recounts and contests and other legal proceedings.”
Chris Hartline, a spokesman for the Republican committee, declined to comment on the request. Previously, he has said the committee will “always find the most effective, efficient and creative way to get our message out and stretch every dollar, in accordance with the law.”
The Senate Democratic group is seeking an advisory opinion from the F.E.C. rather than filing a complaint about the Republican practice, in hopes of receiving a response before the midterm elections in November. The commission, divided evenly between Democratic and Republican members, is a slow-moving body that rarely scolds a political committee or candidate in the closing weeks of a campaign.
The F.E.C. would typically have 60 days to respond to such an advisory opinion request, but because the general election is happening in less than seven weeks, the Democratic lawyers requested a response “within 20 days.”
David Bergstein, a spokesman for the Senate Democratic committee, said it had not filed a complaint against the Republican practice because it hoped to receive an answer as soon as possible. The Federal Election Commission can take years to resolve formal grievances.
But by seeking an advisory opinion instead of filing a complaint, the Democrats also leave open the possibility that in the future, they could engage in the same practice of using legal money to subsidize television advertising. 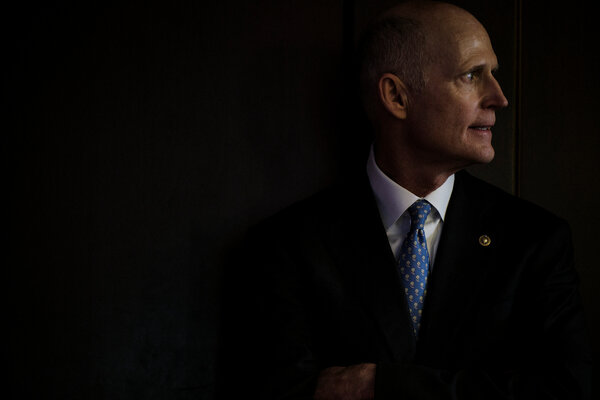 The complaint against the campaign arm of Senate Republicans accuses the group of breaking federal law by using money for legal expenses on campaign ads. Here’s the latest from the campaign trail.

Off Topic Saturday at 12:09 PM
NoleATL

The latest: McCarthy indicates he has no plan to take immediate action against Santos