"We on her heels. Waiting for the gang to get up here." Protestors show up at Judge's home, DEMANDING Trial in Killing of Duante Wright be Broadcast

This is 100% unacceptable. No judge deserves this BS.

Brief reminder: Duante Wright got pulled over for expired tabs. The officers discovered there was a warrant out for his arrest. He was about to be handcuffed and arrested when he attempted to flee. The Brooklyn Park (Minneapolis suburb) police officer accidentally grabbed her gun instead of her taser and fatally shot Wright.

There are 2 lawsuits against Wright's estate, by the way.

* One family claims Wright shot a family member in the head (the man survived but needs 24/7 care).

Cortez Rice acknowledged going inside, but not to intimidate.

Hennepin County District Court's chief judge said he is confident in security leading up to the upcoming manslaughter trial of ex-Brooklyn Center police officer Kimberly Potter in the killing of Daunte Wright, after a man filmed himself at the door of the downtown Minneapolis condominium unit he said belonged to the judge presiding over the case.

Judge Toddrick Barnette issued the statement two days after Cortez Rice livestreamed himself standing outside the door of the unit he claimed belonged to Judge Regina Chu as protesters gathered outside Saturday evening, demanding that Potter's trial be broadcast. Although Rice deleted the video, it was posted, along with others, by the CrimeWatchMpls Twitter account.

In an interview Monday, Rice acknowledged that he entered the building, but that his intentions are being manipulated by right wing interests and "people that support Kyle Rittenhouse," who is standing trial on charges of killing two men and wounding another during protests following the shooting of Jacob Blake in Kenosha, Wis. He said he deleted the video because of the backlash he was receiving.

"I don't know why people are saying I was there to intimidate her or anything because that wasn't the case. I just made a live video on it and I was just there to make sure she can hear us," he said. "I don't even know if that was the right address or not. It could be but we don't know if she was there or not. I opened up the window to make sure she could hear and I went downstairs. That was that ... We are only asking and demanding that we need transparency in the courtroom." He declined to comment on whether there would be further protests outside Chu's residence.

An administrator of the CrimeWatchMpls Twitter account, who declined to identify themselves, said of preserving the videos that: "His actions speak for themselves."

In a statement Monday, a Hennepin Courts spokesperson said Chu would not comment "on pending cases or possible investigations into the activities," but that Barnette "is confident in the security and safety plans that they have in place for the State v. Potter trial. Chief Judge Barnette will not comment on any modifications to the security and safety plans at this time."

A woman who answered the phone at the condominium's offices refused to answer questions and hung up.

The protesters gathered Saturday night in response to Chu's August ruling that Potter's trial will not be broadcast, unlike the trial of Derek Chauvin in the killing of George Floyd. The media coalition, including the Star Tribune, has challenged Chu's ruling, and the ACLU has announced its support.

"Kim Potter's about to get a trial in the dark if we don't get cameras and livestreaming, so that's what we are here demanding for," a man said over the loudspeaker during the gathering. "Justice for Daunte Wright. Everybody fists up."

Potter is scheduled to stand trial Nov. 30 on one count each of first- and second-degree manslaughter for fatally shooting Daunte Wright during an April 11 traffic stop. Her attorneys plan to argue that she mistook her handgun for her Taser when she shot Wright.

Protesters gather outside a downtown condominium complex to demand that Hennepin District Judge Regina Chu allow the broadcasting of ex-officer Kim Potter’s trial in the killing of Daunte Wright. 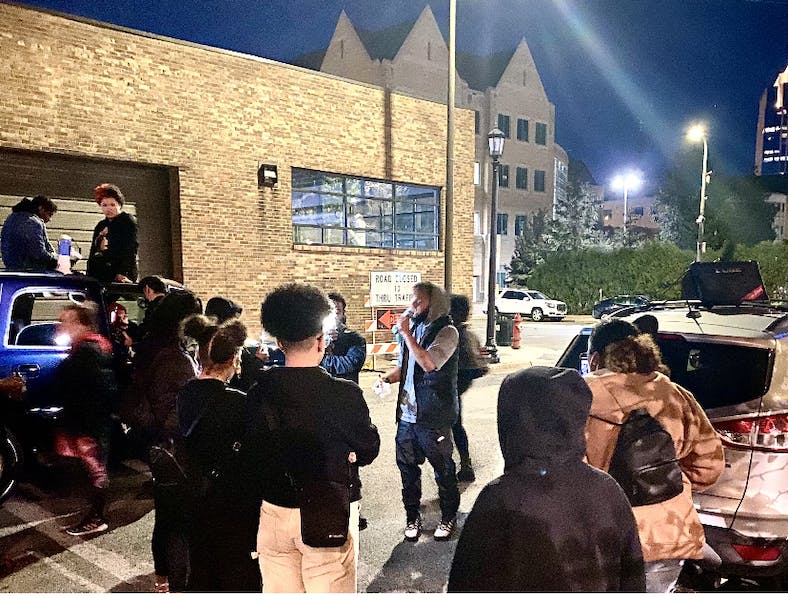 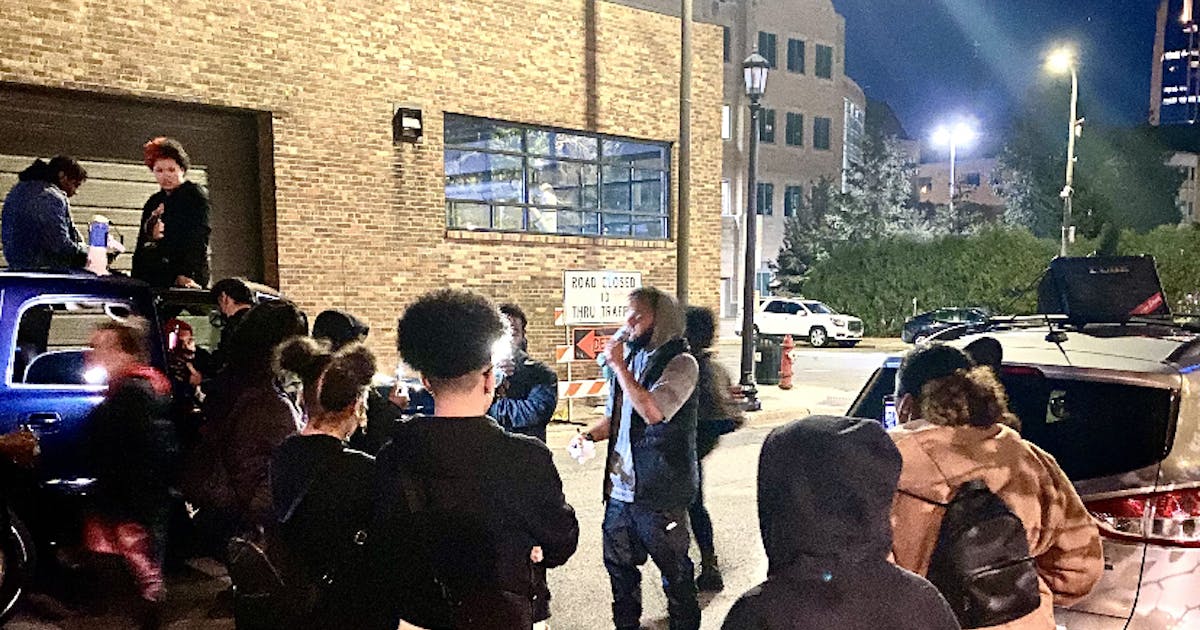 The man acknowledged going inside the building, but not to intimidate.

Where's Kyle Rittenhouse when we need him to deal with this mob?
Reactions: SansSouci and ClarindaA's

IACub said:
Where's Kyle Rittenhouse when we need him to deal with this mob?
Click to expand...

He should be free in time to help out over there
Reactions: goldmom and ClarindaA's

"I don't know why people are saying I was there to intimidate her or anything because... We are only asking and demanding that we need transparency in the courtroom."


I wonder if her peers will look at that the same way.
Reactions: goldmom and IACub

Looks like their efforts worked. I hear that she has changed her mind and will allow cameras in the courtroom after all. She claims she made this decision before they were wandering around outside of her door.
You must log in or register to reply here.

DORMAN: Competency should be on the Iowa ballot in November