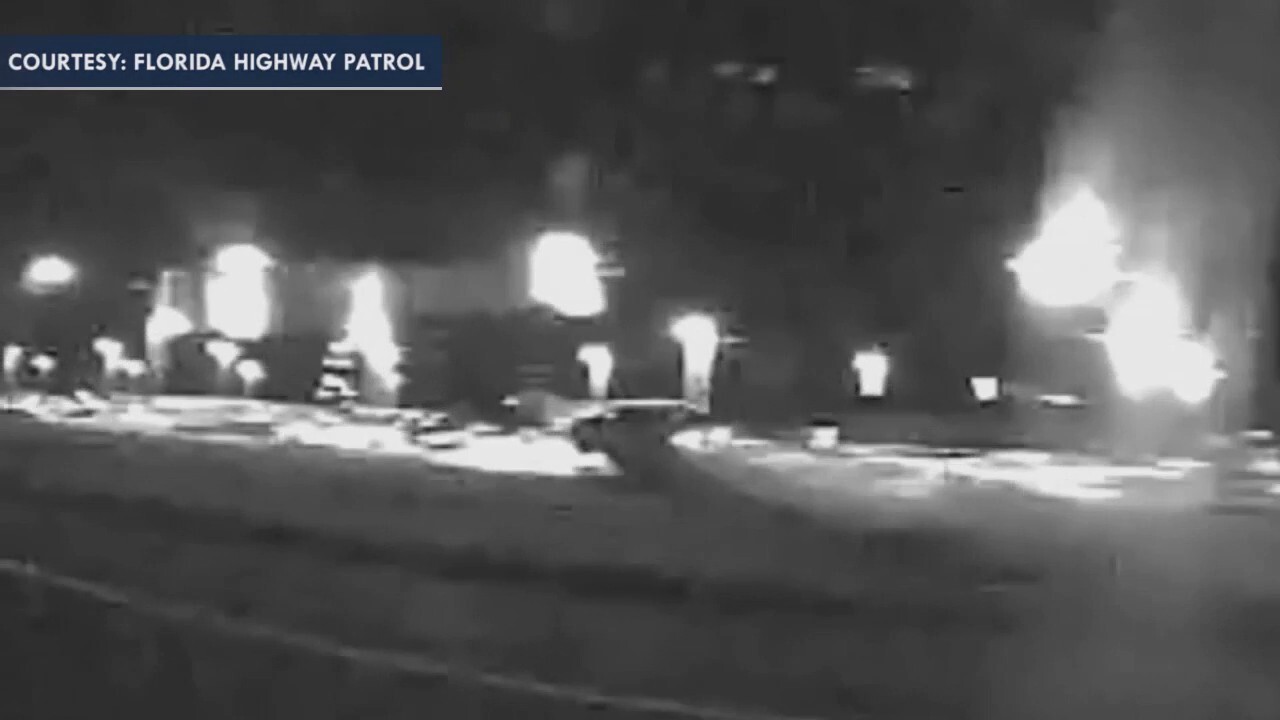 Dramatic footage captured by a Florida Highway Patrol trooper’s dashboard camera shows a vehicle going airborne and crashing into a car dealership during a police chase after it was clocked traveling at 111 mph, reports say.

Dramatic footage captured by a Florida Highway Patrol trooper’s dashboard camera shows a vehicle going airborne and crashing into a car dealership during a police chase in which it was previously clocked traveling at 111 mph, reports say.

The 24-year-old driver of the car, identified by police as Jennifer Carvajal, is now facing charges including DUI and reckless driving following the crash Sunday morning in Seffner. Carvajal was on probation for a previous DUI manslaughter conviction at the time of the incident and a 22-year-old passenger who was thrown from her vehicle has died, according to FOX13.

The station reports that an FHP sergeant first clocked Carvajal traveling 111 mph while she was heading westbound on Interstate-4 outside of Tampa.

Video from the FHP then shows her vehicle making a hard-right turn and launching into the air after hitting an embankment along the side of the road.

The FHP told FOX13 that the sergeant was trying to overtake and stop Carvajal’s vehicle, but it ended up sailing over a fence and crashing into a truck parked at a Ford dealership next to the interstate.

Carvajal, who suffered minor injuries, was the only one inside the vehicle wearing a seat belt, investigators say. A 19-year-old in the front passenger seat reportedly was thrown into the rear of the car while a 20-year-old who was ejected managed to survive.

The charges Carvajal is facing are expected to be upgraded after the 22-year-old passenger was pronounced dead later Sunday, according to FOX13.

In 2014, Carvajal – then 16-years-old – was arrested and charged with DUI manslaughter and driving without a valid license after another fatal crash in the same area, the Tampa Bay Times reports.

The newspaper, citing Plant City police, says Carvajal was speeding and ran a red light when her SUV struck a car and killed its driver – 52-year-old Keith Davis – on the morning of Feb. 5 that year. 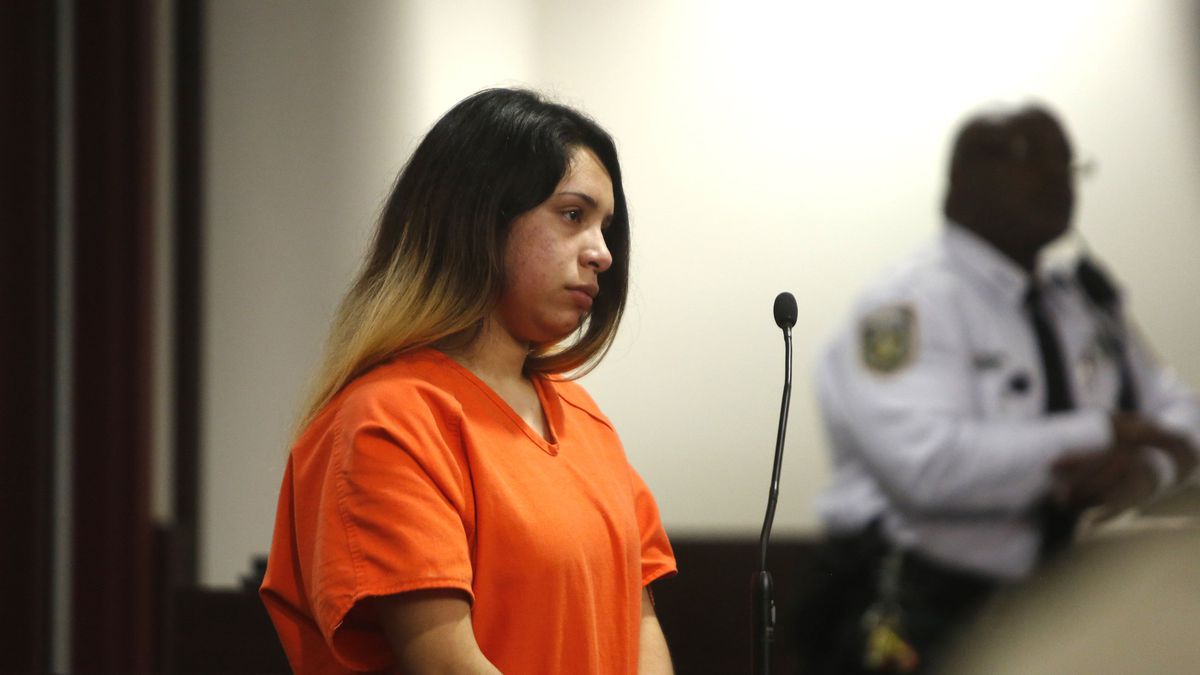 For the second time, Jennifer Carvajal stands accused of DUI manslaughter. What happened?

Better more detailed article. She is a train wreck. I am not sure I feel all that sorry for the family member killed. They had to have known her past and drinking problem and driving problem yet somehow thought it was a good idea to let her drive. She probably is still suicidal.
You must log in or register to reply here.