Definitely not better than ever. Yet. 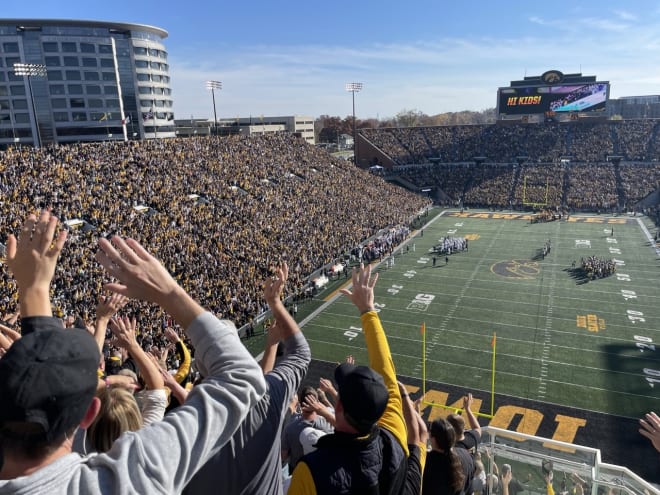 It was a beautiful autumn day in Iowa City as the Hawkeyes faced a much needed slump buster in Northwestern.
Tory Brecht • HawkeyeReport
Columnist Edit

Eight years ago, in the midst of another rough patch for the Iowa football program, Coach Kirk Ferentz famously referred to the natural “ebbs and flows” of the game, concluding, “That’s football.”

Much of the fan base, despite the aphorism being objectively accurate, justifiably pilloried the coach. Stating an unhelpful fact when people are emotionally invested serves little purpose, other than to magnify the realization that fans have no control over the fate of their favorite teams.

But fandom, too, has its ebbs and flows.

After Iowa’s non-competitive, painful loss to Ohio State on Oct. 22 -- the third loss in a row in which the hapless Iowa offense looked irrevocably broken – I started edging toward the exit door on the bandwagon. It wasn’t even so much the losing – I can handle losing, especially to excellent teams like Ohio State – as long as the Hawkeyes look competitive and well coached. Frankly, in the midst of the recent three-game losing streak, they looked neither.

Flash forward to this past Saturday and under a brilliantly beautiful mid-autumn sky, there were our Hawkeyes gashing through the Northwestern line for chunk runs, completing tough passes along the boundary and even scrambling ahead for first downs. Indeed, the Hawks for the first time this season flashed a mostly competent offense; heck, they put up more than 30 points and without the defense adding to the tally!

It was fun. I smiled again at Kinnick. The bathroom lines seemed shorter. The walk back to the tailgate was pleasant. The beer tasted colder and better. I resumed my seat near the middle of the bandwagon.

Let me be clear, I suffer no delusions that all is “fixed” in Iowa football. I also realize that Northwestern is a bad Big 10 team (one that did hang within 10 against Penn State, lost by a touchdown to Maryland and beat Nebraska it should be noted) and this win is no guarantee of future success.

That said, this win stopped the bleeding and should give the coaching staff something to build on, not to mention a brief respite from the howling of an increasing number of critics.

For three-plus hours Saturday, Iowa looked like the team most fans expected to see in 2022. Certainly not an offensive juggernaut, but good enough to control the clock, gain yardage and put some points on the board allowing the defense to do its thing. And as it has all season, the Iowa defense demonstrated championship capability, pitching a shutout in the first half, collecting seven sacks and holding Northwestern to 18 measly rushing yards and only 177 total yards for the entire game.

At the outset of the season, many figured if Spencer Petras could hit around a 60% completion percentage and the ground game could come up with 125 yards-plus per game, it would be enough offense to complement the killer defense and well-oiled special teams. Against the Wildcats, Petras hit on a very impressive 70% of passes, despite a few drops and the offensive line generated enough push to allow Kaleb Johnson, Leshon Williams and the rest of the running backs to total 178 yards on the ground, a season high.

Again, this is against marginal opposition, but the 33 offensive points Iowa put up was the second-most allowed by the Wildcats all season. I highly doubt any Iowa fans last week would have predicted the Hawkeyes would score more against Northwestern than Nebraska, Penn State and Maryland.

Perhaps the most exciting outcome Saturday was the emergence of Kaleb Johnson as a star-in-the making. Seeing #2 patiently hitting cutback holes and dodging defenders brought back memories of Freddy Russell, although Johnson is bigger and more powerful and may even be faster. That is exciting to contemplate.

It also appears the shuffling and reshuffling of the offensive line has finally produced a functional unit. Connor Colby moving inside and Jack Plumb returning to right tackle brought needed stability to a line that has been the primary source of the Hawkeye offensive woes.

I still believe Spencer Petras can be an effective game manager and winning quarterback if he’s given adequate protection. His lack of mobility and propensity to panic make him problematic when the line is struggling, but Saturday he proved that if he can hang tough in the pocket and have a little time, he can be accurate and dangerous.

To me, one of the best signs of Petras coming around was a first and 10 play in the fourth quarter with Iowa up 23-7. The Hawks had just converted a first down and were around midfield. Just after receiving the snap, two Wildcat defenders beat their blocks and collapsed in on Petras. In every single previous game this season, the play would have resulted in a panicked Petras going down to the ground for a seven or eight yard loss, likely killing the drive. Instead, Saturday, he stayed calm, wiggled free and managed to fling the ball past the line of scrimmage and out of bounds, living to fight another day. That drive ultimately ended in a field goal, extending the lead to 26-7. Baby steps? For sure, but at this point we should be happy to take it.

Again, executing against a marginal Northwestern team doesn’t magically fix Iowa’s systemic flaws on offense. That said, one of the best things about Saturday was the spark of hope engendered by the play of many young players. Sophomore wide receiver Diante Vines got his first extended action and made a few nice catches. Brody Brecht, a freshman, made a few solid plays. The aforementioned Kaleb Johnson is also a freshman, and barring injury has the look of a four-year impact player. Many of the belabored offensive linemen are young guys too, and it’s not hard to imagine that if Kadyn Proctor is a starter from day one, the unit can go from a net negative to a net positive in 2023.

As the season ebbs and flows for fans, so does the vacillation between pessimism and optimism. For a month or so, pessimism reigned. Nevertheless, Iowa got its needed slump buster in an ebbing Northwestern team last Saturday and for one weekend at least shut up the critics.

Time to see if this turnaround has staying power.
Reactions: darylhawk, McLovin32, desihawk and 1 other person

Good on ya mate. I had to double check who we're playing this Saturday. That's where I'm at.
Reactions: EpenesaEpenesa and Niko13

We struggled in the redzone vs. a defense that ranks almost as bad as our offense and an offense that ranks near the bottom as well. Fool's gold. Just like the Nevada game

Unfortunately, my optimistic self predicted 9 or 10 wins for Iowa this year mostly based on last year's success with Petras being pretty accurate. It was all in fun, and I had no idea the collapse would be so great.

Lots of teams can turn things around.

Hawki97 said:
Good on ya mate. I had to double check who we're playing this Saturday. That's where I'm at.
Click to expand...

If Iowa can find a way to solve the Jeff Brohm/Purdue puzzle, my optimism will surge a bit.

Not counting on it, but hoping.
Reactions: McLovin32, joelbc1, Hawki97 and 2 others

Niko13 said:
We struggled in the redzone vs. a defense that ranks almost as bad as our offense and an offense that ranks near the bottom as well. Fool's gold. Just like the Nevada game
Click to expand...

They aren't good, but they are miles ahead of a program like Nevada. All 33 of Iowa's points were on offense, with zero defensive scores -- that is progress.

Also, a journey of a thousand miles begins with a single step
Reactions: Finance85

Appreciate that, it is a labor of love. 20th year writing it!!!
Reactions: Flie

hope that roll in the hay with the "slump buster" has iowa ready to confidently bang upcoming midwest 6s and 7s
Reactions: torbee

Finance85 said:
Unfortunately, my optimistic self predicted 9 or 10 wins for Iowa this year mostly based on last year's success with Petras being pretty accurate. It was all in fun, and I had no idea the collapse would be so great.

Lots of teams can turn things around.
Click to expand...

I thought they would win the first three games… Lose eight in a row… And then in the season with the Nebraska victory.

I was wrong when we lost to Iowa State. I was also wrong when we beat Rutgers and Northwestern. I guess we’ll see how the rest of the season goes.
Reactions: Finance85

If Iowa can find a way to solve the Jeff Brohm/Purdue puzzle, my optimism will surge a bit.

Not counting on it, but hoping.
Click to expand...

desihawk said:
hope that roll in the hay with the "slump buster" has iowa ready to confidently bang upcoming midwest 6s and 7s
Click to expand...

For anyone not in the region…this is your typical midwestern 6: 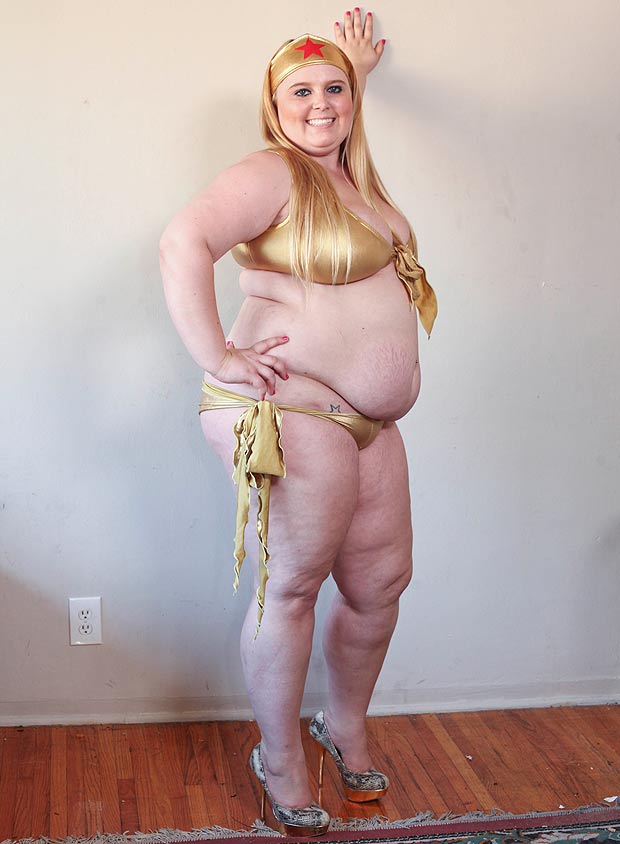 ping72 said:
For anyone not in the region…this is your typical midwestern 6:

we do play nebraska, so i believe my point stands
Reactions: ping72 and torbee

Ditto torbee...but my bride reads it to me!
Go Hawks!
Reactions: torbee

This reminds me of the guy who had the pics of his wife in her underwear with Iowa Football gear on.

ping72 said:
For anyone not in the region…this is your typical midwestern 6:

You just ruined Torbee's thread.
You must log in or register to reply here.