Monetary policy is a major cause of the increase in inflation, says Stanford economist John Taylor.

BY MELISSA DE WITTE
Inflation rises when the Federal Reserve sets too low of an interest rate or when the growth of money supply increases too rapidly – as we are seeing now, says Stanford economist John Taylor.

Here, Taylor discusses what people misunderstand about inflation, particularly the role monetary policy plays in driving inflation up or down, and what measures the Federal Reserve – the central banking system of the U.S. – can put in place to stabilize the rapid rise in inflation.

Taylor’s fields of expertise are monetary policy, fiscal policy, and international economics. He developed the influential Taylor Rule in 1993 which specifies how much the central bank should adjust the nominal interest rate in response to inflation and the performance of the gross domestic product – the value of the final goods and services produced in the United States.

Is there anything unusual about the recent rise in inflation in the United States?

The recent rise in inflation is very unusual, especially when compared to earlier rises in inflation in the United States. The recent rise in inflation is unusual because it came on very quickly and sharply: The inflation rate, as measured by the percentage change in the consumer price index, jumped from 1.4% in the 12-month period from January 2020 to January 2021 to 9.1% in the 12-month period from June 2021 to June 2022. The last time inflation in the United States moved by such a large amount was in the 1960s and 1970s. But the situation was much different then: it took over 12 years, not just a year, for inflation to rise by large amounts.

There is a good aspect and a bad aspect to this timing difference: Looking at the quick and sharp change recently suggests that the United States will be able to reduce the inflation rate quickly with only a small change in unemployment. This would be so much better than the very painful disinflation after the 1970s when the unemployment rate reached much higher levels and lasted for much longer than today.

What is the biggest misunderstanding that people have about inflation, especially right now?
The biggest misunderstanding is that people do not realize that monetary policy is a major cause of the increase in inflation. The Federal Reserve has kept its interest rate – the federal fund rate – much lower than in other recent years. It is even lower, at 2.33% than the inflation rate, which is over 7 or 8%. We have not seen such a large discrepancy since the 1970s when inflation also picked up. This extra low-interest rate, which is due to monetary policy, has been a key reason for the higher inflation rate.

What role do international factors – e.g. bottlenecks in global supply chains and the Russian invasion of Ukraine – play in driving inflation, and is there anything the U.S. can do in response?
Yes, there are international factors, such as the global supply chain and the Russian invasion of Ukraine. However, inflation started rising before these international factors appeared. It is good to counteract these developments for many reasons, including that it is a matter of maintaining peace and prosperity around the world. However, the Ukraine conflict and supply bottlenecks are not reasons for the large rise in inflation.

What would an effective monetary policy look like to reduce inflation?
The most effective monetary policy is to increase the interest rate by a sufficient amount when inflation rises. This will tend to reduce the rate of inflation and bring it back down to the 2% per year target of the Fed. In fact, there is a specific formula to do this, which is published in the Fed’s Monetary Policy Report (see page 47, for example) and is known by all monetary policymakers at the Fed. It is called the Taylor Rule. According to this simple formula, the Fed is way behind and we just had a conference at Stanford with the title “How Monetary Policy Got Behind the Curve and How to Get Back,” with many Fed policymakers, monetary scholars, and members of the press. The Fed has started to adjust, but still has a ways to go.

What about inflation’s relationship with a recession – how are they linked and what do you think about current trends: Is a recession unavoidable?
This is an important question on everyone’s mind. Experience shows that if the Fed is clear about the need to raise the interest rate and acts accordingly, then there will be a reduction in inflation without the type of recession that many fear. But, by not acting now, the Fed increases the chance of a more serious recession later.
Taylor is the George P. Shultz Senior Fellow in Economics at the Hoover Institution, a senior fellow at Stanford Institute for Economic Policy Research, and the Mary and Robert Raymond Professor of Economics in the School of Humanities and Sciences. 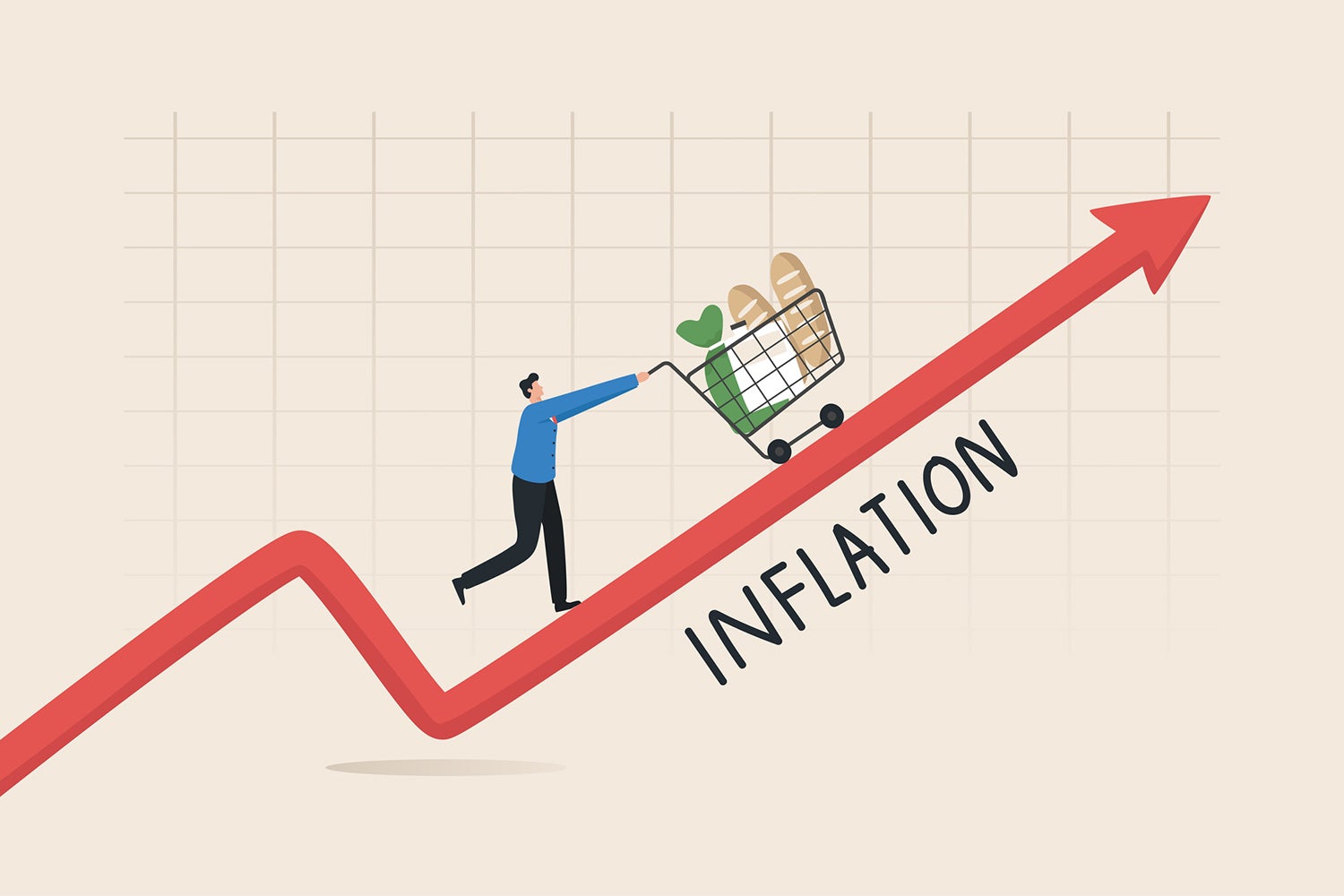 Monetary policy is a major cause of the increase in inflation, says Stanford economist John Taylor.

Today's inflation is unusual because of the quick increase of inflation, as compared to the inflation we saw during the 1970's which took over a decade to achieve.

It's not unusual if you're aware of Covid 19... but then he's a fellow at the Hoover Institute under Condoleezza Rice.
Reactions: cigaretteman

When Will the FED Worry More About Recession than Inflation?

Are we headed for the dreaded Stagflation?

Opinion Democrats are drowning in denial