What happens to the queen’s dogs? Prince Andrew will take the corgis.

They roamed Buckingham Palace as if they owned the place.
Royal chefs prepared their meals. Psychologists treated them, biographers documented their lives. They slept in cushioned wicker baskets. At Christmas, they each got their own stocking.
We're following changes at the palace after the passing of Queen Elizabeth II. Get the Post Elizabeth newsletter for updates.
The many corgis owned by Queen Elizabeth II over her seven-decade reign were furry little monarchs in their own right, as iconic as her flamboyant hats and her wicked sense of humor. In her lifetime, she had more than 30 of the squat herding dogs, with names like Plover, Disco and Mint. A gaggle of them trotted ahead of her wherever she went, in what Princess Diana once described, perhaps not so affectionately, as “a moving carpet.”
When she died last week at 96, Elizabeth reportedly left behind two Pembroke Welsh corgis, a corgi-dachshund mix known as a dorgi, and a cocker spaniel.
A spokeswoman for the Duke of York confirmed Monday to The Washington Post that queen’s corgis will live with Prince Andrew and his ex-wife Sarah Ferguson. The couple are divorced, but live together at Royal Lodge, a residence on the Windsor estate.
The two dogs are named Muick and Sandy. The source close to Prince Andrew said: “The corgis will return to live at Royal Lodge with the Duke and Duchess. It was the Duchess who found the puppies, which were gifted to Her Majesty by the Duke.
The Duchess bonded with Her Majesty over dog walking and riding horses and even after her divorce, she would continue her great friendship with Her Majesty, by walking the dogs together and chatting.”
Meet the dogs of the British royal family
1:51
Queen Elizabeth's last remaining corgi, Willow, died April 15. Here are the pups British royals have cherished for more than 150 years. (Video: The Royal Family/YouTube)
The queen’s love for the pups was long celebrated, playing a central part in the apparent corgi renaissance social media has helped fuel over the past decade. Three of her corgis were featured in a James Bond skit with the queen and Daniel Craig that aired at the 2012 Olympics. The dogs have also made frequent appearances in the Netflix series “The Crown,” which depicts Elizabeth’s tenure as head of state.
Press Enter to skip to end of carousel

Queen Elizabeth II is now on her final highly ceremonial journey to her resting place in Windsor. King Charles III and Queen Consort Camilla will hear condolences from the U.K. and Scottish parliaments. Follow our live coverage.
The British monarchy’s transition
1/2
End of carousel
As Elizabeth got older, she seemed troubled by the prospect of her dogs living on without her there to care for them.
At some point, she decided to wind down the decades-long corgi breeding program she oversaw at Windsor Castle, where 14 generations of dogs were raised and trained. The program appeared to have gone quiet by about 2002, following the death of her mother, according to the American Kennel Club.
A visual timeline of Elizabeth's 70 years on the throne
In 2012, Monty Roberts, the queen’s equine adviser, told Vanity Fair that the death of one of her dogs — a corgi that co-starred in the James Bond skit — had deeply affected her.
“She didn’t want to have any more young dogs,” he said. “She didn’t want to leave any young dog behind."
The queen arrives at King's Cross station in London in October 1969. (AFP/Getty Images)
“She wanted to put an end to it,” Roberts said of the queen’s corgi breeding. “I understood that we would discuss it further at a later date. Well, we never discussed it at a later date, and I have no right to try to force her into continuing to bring on young puppies if she doesn’t want to. That isn’t my right.”
When her corgi Willow died in 2018, the British press reported that she wouldn’t be getting any more dogs. But at some point during the illness of her late husband, Prince Philip, she appeared to change her mind.
Corgis play a starring role in Queen Elizabeth II’s Platinum Jubilee celebrations
It was hard to separate the monarch from her mutts.
Candy, an elderly corgi, was with her until the end. She also had two younger pups, Muick and Sandy, gifted to her by family in recent years. Her cocker spaniel is named Lissy.
According to the BBC, the royal family had a term for the calming effect the corgis had on the queen over the years: “the dog mechanism.”
Corgis surround then-President Barack Obama's car at Buckingham Palace on April 1, 2009. (Stefan Rousseau/AFP/Getty Images)
“If the situation becomes too difficult she will sometimes literally walk away from it and take the dogs out,” wrote Penny Junor, author of “All the Queen’s Corgis.” “Prince Andrew is said to have taken three weeks to fight his way past the dogs to tell his mother that his marriage to Sarah Ferguson was in trouble.”
“Dogs and horses are her passion,” Junor wrote, “and it is with them, and the people who share that passion, that she truly relaxes.”

They must be underage
Reactions: mnole03, nelly02, ConvenientParking and 1 other person

Never been a fan of that breed.

I prefer lab retriever mixes. I like something I can wrestle with and pester a little bit and take for long walks.

corgis are about one meal from dragging their belly on the ground.
Last edited: Sep 12, 2022
Reactions: goldmom and cigaretteman

onlyTheObvious said:
Never been a fan of that breed.

I prefer lab retriever mixes. I like something I can wrestle with and pester a little bit and take for long walks.

corgis are about one meal from dragging their belly on the ground.
Click to expand...

Yet you still converse with posters on here

Posted this before but I love this photo. 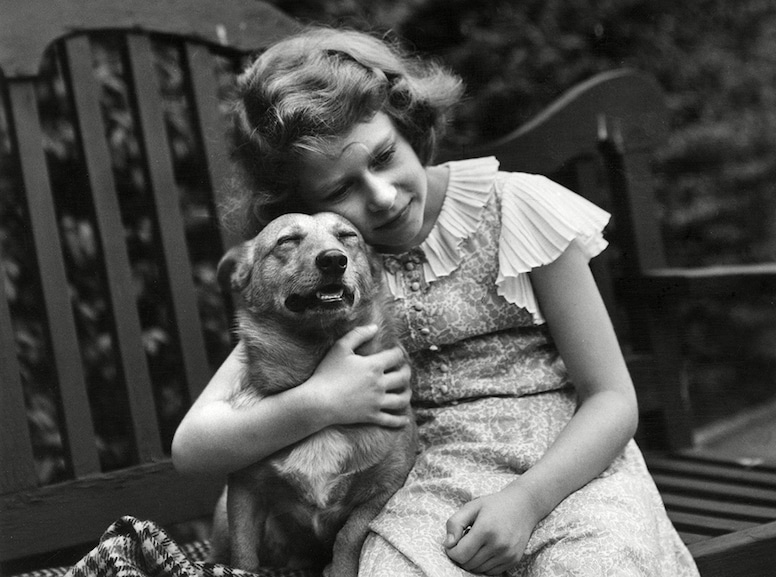 It’s perfect. I mean he’s already in the doghouse isn’t he?
Reactions: ConvenientParking, nelly02 and cigaretteman

I'm sure Prince Andrew can find a teenage girl to walk the dogs for him.
Reactions: ConvenientParking and nelly02

Why am I the first person to think it's weird that Andrew and Fergie live together 20ish years after they were divorced? I don't think they bunk together, but I did google the Royal Lodge, and they are still under the same roof, even though it's fairly big.
Reactions: goldmom and cigaretteman
S

Reactions: St. Louis Hawk
You must log in or register to reply here.

President Biden confirms he will attend the queen’s funeral

King Charles III is set to inherit his mother’s estate. Will he pay taxes on it?