What is it about GOP candidates and mocking the disabled?

“Went to a kids ballgame tonight,” wrote Thomas DeVore of downstate Sorento on Facebook in January 2017. His post continued:

We got two sodas, two popcorn and a candy. It took a good minute for the kids to come up with the $7 total. I gave her a $20 and two $1′s. The special child (that’s politically correct for window licker) looked at me and argued it was only $7. I said I know. She was clueless. Then here comes special child #2 who hands me the two $1′s back. I told her I don’t want them back and figure it out. I finally gave up after all four special children were lost. I had to tell them to give me $15 back and that I did it because I didn’t want any $1 bills. Lord help us with the window lickers, I mean special children.
Click to expand...

The ugly and dismissive way in which he referred to people with intellectual disabilities caused a bit of a local stir at the time. DeVore, an attorney, was running for a seat on the area school board, and whether or not the children running the concession stand were actually cognitively challenged or just harried and bad at math, his use of the term “window lickers” was beyond contemptible.

It signaled a lack of compassion and caring about some of society’s most vulnerable people and a lack of respect for the friends and family of those with developmental and other disabilities. DeVore finished last among four candidates in that school board race.

But now that he’s back in the spotlight as the Republican Party’s nominee for Illinois attorney general, it’s time to revisit his appalling comments and his continued refusal to take responsibility for them.

The “window lickers” anecdote was in the first paragraph in Chicago Tribune reporter Dan Petrella’s front-page story about DeVore on Monday.

As for the phrase “window licker,” generally recognized as a derogatory term for an intellectually disabled person, DeVore said he “grew up in a different era.”
“That word, which you can find in a slang dictionary, was used in my time to refer to irritating, unruly, mean, disrespectful, right to people’s face,” he told (St. Louis TV station) KSDK.
Click to expand...

The term appears in slang dictionaries, yes. The Online Slang Dictionary, Urban Dictionary Wordnik and many others have entries for it. And the reference works are uniformly in agreement that it is a derogatory term rooted in the stereotype of children with developmental disabilities pressing their mouths against the windows of school buses.

The Mirror (U.K.) reported, “In 2003, the term was voted third most offensive that could be used relating to disability in a poll run for the BBC’s Ouch! disability talk show.”

If you’re tempted to give DeVore, 53, the benefit of the doubt on the chance that the term had different connotations in rural Illinois when he purportedly “grew up,” consider his linkage of the term with the terms “special child” and “special children,” well-known and long-used euphemisms for children with significant disabilities.

To KSDK-TV in 2017, “DeVore pointed out that his post used the phrase ‘special child’, not ‘special-needs child,’ and he said ‘special needs’ is not what he meant.”

When questioned about this ugly incident at a McHenry County candidate forum in May, he said “it’s all false,” apparently insinuating that someone else wrote the post.

An abject apology in the aftermath of the original post might have repaired most of the damage. That would have included an admission that he grossly overreacted to a mild inconvenience and, in the heat of the moment, used terms that were deeply hurtful and profoundly unacceptable, and a pledge never to use such words again.

Instead, well, I’ll let Petrella flesh out the story:

People critical of DeVore’s post shared it more widely and in one case urged area residents to contact his law office. DeVore proceeded to file a libel lawsuit in Montgomery County against three people, including a local special education teacher, alleging they had falsely accused him of ridiculing “children with ‘special needs.’”
That made it “seemingly impracticable for DeVore to seek public office as a school board member” and harmed his law practice, the lawsuit alleged.
Court records show DeVore ultimately dismissed the lawsuit in May 2020, just as he was gaining notoriety statewide for his legal challenges to Democratic Gov. J.B. Pritzker’s coronavirus mandates.
Click to expand...

The entire article (read it!) concerns “a series of cases in which DeVore has responded to public criticism with legal action. Most notably, he sued Pritzker last year after the governor called him ‘a grifter’ during a news conference.”

Piling a preposterous lie and a frivolous lawsuit on top of the use of the vile term “window lickers” was and still is loathsome behavior — infamous, revolting and so lacking in probity and empathy that it disqualifies him from holding any public office, particularly the office of attorney general.

Yes, Democratic incumbent Attorney General Kwame Raoul will trounce him in November after which he’ll crawl back under his rock. But sooner rather than later, the Illinois Republican Party should summon its vestigial decency and moderation and renounce his candidacy. 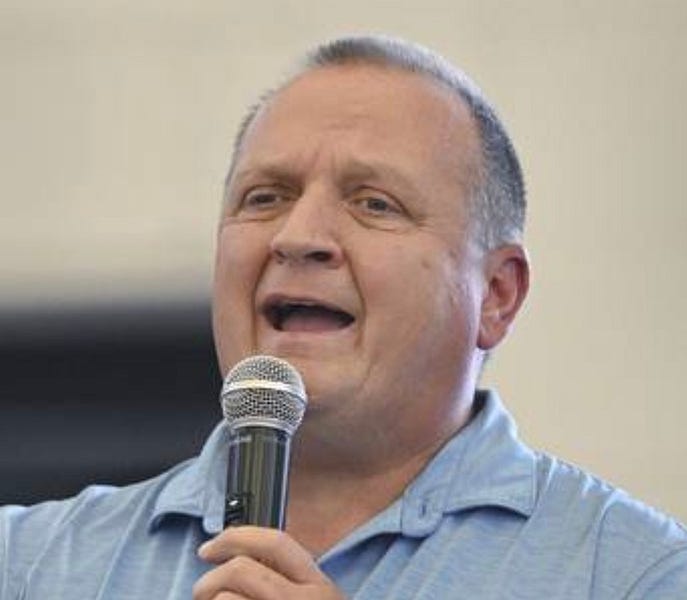 Illinois Republicans ought to be ashamed of their AG nominee

ericzorn.substack.com
You must log in or register to reply here.

H Walker, B Clinton and the GOP