What We Learned from Cassidy Hutchinson's Testimony


Today’s testimony before the House Select Committee to Investigate the January 6th Attack on the U.S. Capitol was explosive. It tied former president Donald Trump and his chief of staff Mark Meadows directly to a plot to overturn the U.S. government.

The witness was Cassidy Hutchinson, a 25-year-old aide to Meadows and congressional liaison who was well known on Capitol Hill. She was a staunch Republican who had worked for Representative Steve Scalise (R-LA), the second highest Republican in the House, and Senator Ted Cruz (R-TX). An aide to former House speaker Paul Ryan (R-WI), Brendan Buck, tweeted that “when Meadows was on the Hill he always insisted that she be in *every* meeting he had, no matter how small. It was odd then, and doesn't seem to be working out for him now.”

Hutchinson testified that leaders in the Trump White House planned the attack on the Capitol. On January 2, 2021, Trump lawyer Rudy Giuliani met with Meadows and others in the White House, and as Hutchinson walked him to his vehicle, Giuliani asked her if she was excited about the sixth, saying, “We’re going to the Capitol! It’s going to be great!” When she asked Meadows what Giuliani meant, Meadows told her, “There’s a lot going on…things might get real, real bad on January 6.”

On January 4, National Security Advisor Robert O’Brien called Meadows to warn of violence on January 6. The Secret Service and White House Deputy Chief of Staff Anthony Ornato, who was in charge of security protocol to protect anyone covered by presidential protection, also warned of coming violence.

Hutchinson connected Trump to the insurrection attempt when she noted that on January 5, Trump told Meadows to contact Trump confidants Roger Stone and Michael Flynn, both of whom Trump had recently pardoned after they had been convicted of crimes, to talk about the next day. Hutchinson says Meadows did that. At the time, Stone was in Washington, D.C., where he was repeatedly photographed with members of the Oath Keepers who were acting as his bodyguards. A number of Oath Keepers have been charged with seditious conspiracy; at least two have pleaded guilty.

That night, Meadows wanted to go to the “War Room” that Giuliani, Trump lawyer John Eastman, and others had set up at the Willard Hotel, but he ultimately decided to call in rather than to go in person.

According to Hutchinson, by about 8:00 on the morning of January 6, intelligence reports were already coming in that some of the people near the Ellipse, where Trump was to speak, were dressed in body armor and armed with Glock-style pistols, shotguns, and AR-15s, along with other weapons. At 10:00, Hutchinson, Ornato, and Meadows talked of the weapons, but Meadows brushed it off, asking only if they had told Trump, which they had.

That made Hutchinson’s next revelation seismic. Text messages between Hutchinson and Ornato show that Trump was “furious” before the Ellipse rally because he wanted photos to show the space full of people and it was not full because law enforcement was screening people for weapons before they could go in. Trump wanted the screening machines, called magnetometers, to be taken down. Hutchinson testified that Trump yelled, “They’re not here to hurt me. Take the F’ing mags away. Let my people in. They can march to the Capitol from here.”

Then, knowing that some of the people in the crowd were armed, Trump repeatedly urged them to “fight,” using language his lawyers had warned against.

Hutchinson testified that Trump was determined to go to the Capitol with the crowd despite the desperate efforts of White House Counsel Pat Cipollone to make sure it didn’t happen. Cipollone told Hutchinson that Trump’s appearance there would open the White House up to being charged with “every crime imaginable” because it would look like Trump was inciting a riot. Nonetheless, Trump was furious that Meadows had not been able to persuade the Secret Service to make it happen, so furious that Cassidy heard from others that when he found that the SUV in which he was riding would not take him to the Capitol, Trump had lunged at the agent refusing to take him there.

Hutchinson did not know what the plan was for Trump’s trip to the Capitol, but there was talk of an additional speech there, “before he went in. I know that there was a conversation about him going into the House chamber at one point,” she said. The president is only supposed to go into the House chamber when specifically invited, so perhaps he expected to be invited in, or perhaps he was going in without an invitation, or perhaps those talking about it were just tossing out unworkable ideas.

Back at the White House, as the rioters breached the Capitol, Hutchinson went into Meadows’s office between 2:00 and 2:05 to ask if he was watching the scene unfold on his television. Scrolling through his phone, he answered that he was. She asked if he had talked to Trump. He said, “Yeah. He wants to be alone right now.” Cipollone burst into the office and said to go get the president. Meadows repeated that Trump didn't want to do anything. Cipollone “very clearly said this to Mark—something to the effect of, ‘Mark, something needs to be done or people are going to die and the blood’s going to be on your f-ing hands. This is getting out of control.’”

When the rioters began to chant, “Hang Mike Pence,” Cipollone tried again to get Trump to stop the rioters, and Meadows again said, “You heard it, Pat. He thinks Pence deserves it. He doesn’t think they’re doing anything wrong.” Then, rather than calming the crowd as it threatened the vice president, at 2:24, Trump put out the tweet further blaming Pence for letting him down.

By 3:00, White House personnel, Ivanka Trump, and various members of Congress were begging Trump to release a statement telling the rioters to go home, making it clear they all knew he could make the violence stop if only he wanted to. But he didn’t want to. Not until 4:17, after Biden had already made a statement, did he speak up. Trump told the rioters to go home and that “we love you.”

In the aftermath of the insurrection, both Meadows and Giuliani asked for a presidential pardon.

What emerged from today’s explosive hearing was the story of a president and his close advisors who planned a coup, sent an armed mob to the Capitol, approved of calls to murder the vice president, and had to be forced to call the mob off. Two of the president’s closest advisors then asked for a presidential pardon. While they did not get those pardons, Trump’s PAC later gave $1 million to Meadows’s Conservative Partnership Institute.

That, right there, is enough to make today stunning. But there was more.

Hutchinson described an angry and violent man who threw plates at the walls when he was frustrated.

Vice-chair Liz Cheney (R-WY) revealed at the end of the hearing that witnesses said they had been pressured by Trump’s people to remain “loyal” when testifying, and having just tipped their hand about just how much information the committee has, Thompson urged those witnesses to come back and revise their testimony. He urged others to come forward as well—perhaps a nudge to Cipollone, who has been portrayed positively in the hearings, both today and in the hearing covering Trump’s attempt to install Jeffrey Clark as acting attorney general, when Cipollone stood against that corruption.

CNN journalist Jake Tapper concluded: “It was devastating testimony, a portrait of a president who was completely and utterly out of control and, without question, knew of the danger of his supporters that were going to the mall…. This was obscene.”

It was. And yet no one in the White House either spoke up to warn us before January 6 or testified at Trump’s second impeachment trial, where he was charged with incitement of insurrection and, thanks to Republican senators, acquitted.
—
Notes:
https://www.cincinnati.com/story/ne...mer-white-house-counsel-cipollone/7762146001/
https://www.nbcnews.com/politics/po...ws-nonprofit-weeks-after-jan-6-panel-n1288334
https://www.npr.org/2022/04/29/1095...lty-to-seditious-conspiracy-in-the-jan-6-riot
https://www.politifact.com/article/2022/jun/28/what-cassidy-hutchinsons-background/
https://www.washingtonpost.com/politics/2022/04/23/meadows-jan6-secret-service-committee-testimony/
https://www.washingtonpost.com/opinions/2021/01/20/trump-secret-pardons-validity/ 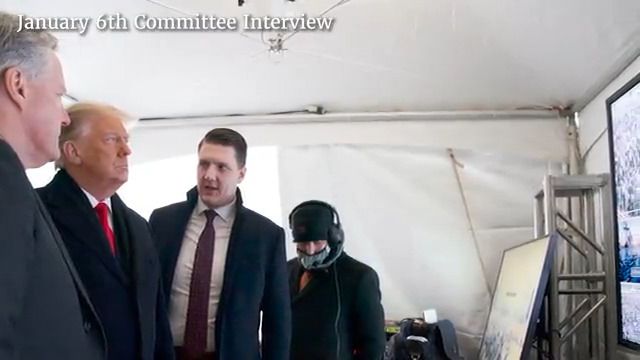 Today’s testimony before the House Select Committee to Investigate the January 6th Attack on the U.S. Capitol was explosive. It tied former president Donald Trump and his chief of staff Mark Meadows directly to a plot to overturn the U.S. government.

heathercoxrichardson.substack.com
Last edited: Jun 29, 2022
Reactions: BelemNole and cigaretteman
You must log in or register to reply here.