Which one of you sickos wrote this letter!?

She let out a little scream!​

Dear How to Do It,

I have a rather uncomfortable situation that developed a few weeks ago. I was outside early one morning with my dog in my own backyard. It was well before sunlight and about 3:45 a.m. to 4:00 a.m. The dog is older and often wanders around the yard aimlessly while I sit on our back patio, which is surrounded by a fence.

Several minutes into it, I heard our gate open and our neighbor walked through it. She let out a little startled scream, and I looked up in shock and blew my load everywhere in front of her. She quickly apologized and ran back home. I cleaned up and went inside. What do I do now? I’ve been avoiding her and it’s quite awkward as we were good friends. We often barbecued or had beers on our patios. I know she saw everything, and I also never would’ve thought she would wander into our backyard at 4:00 a.m. What do I do now?

Stoya: OK, so first until about a third of the way through the second paragraph, I was pretty worried about where this was going.

Rich: With the dog?

Stoya: Yes. So this letter was, in the end, a joyous experience for me. It was a whole emotional rollercoaster with a twist at the end. Oh, God.

Rich: I think the neighbor has way more to answer for. What was she doing in his yard? What was that about?

Stoya: People can absolutely see into my windows, so I make sure my curtains are closed if anyone’s going to be walking around naked. But if I had a fence that was tall enough and opaque enough, I would never have clothes on ever, unless I had to go somewhere. I guess in the winter, I would. But really, in the winter I would put my massive winter coat on and go buck ass naked, other than coat and boots to get the mail or whatever. But you’re right. As a homeowner or renter of a property, as long as the public cannot see you, it is your right to be nude and jerk off as you please.

Rich: We do not get very much in this world you. Privacy is one of the few things we can reasonably expect. So, I feel like this is all on the neighbor.

Stoya: It’s 100 percent on the neighbor. I also want to caution our writer. So there’s this episode of Orange is the New Black, and I am doing an apples to… oranges comparison here. I’m just going to let that one stand.

Rich: No pun intended, but we’ll put it in the column. And then it will be intended.

Stoya: This guy who had been in charge of the prison, there’s a situation—where he is at fault—with a woman who used to work at the prison, and he goes over to clarify things. He’s just had a vasectomy, and one of his stitches pops while he’s talking to this woman who already doesn’t want to talk to him. Then he grabs his crotch because the stitches just popped, and that escalates the situation immensely. So, you don’t want to get anywhere near that kind of scenario, and you want to set the boundary of, “Do not enter my yard without permission,” especially not at 4:00 a.m.” But you don’t want to explain anything about your working anatomy, your morning erections, or the very sweet detail of how masturbating in the morning helps you last longer with your wife. Don’t mention any of that because then it could get very messy and very strange.

Rich: I think sometimes in a situation, if you’re being compassionate, you do go above and beyond. The ball is technically in her court. She’s not going to take the ball, this awkwardness is still bothering you, and you feel like you can mitigate it. There is a scenario in which it could be dealt with very, very quickly. “I’m sorry if I startled you in some way. I would love to move past that and forget that it happened.” That might be all it takes. Just an acknowledgment and a “let’s not talk about it” because I think that you’re totally right. The less said about it, the better. As soon as you start describing this stuff, then you’re in creepy territory.

Stoya: I’m wondering if, separate from the neighbor issue, he wants to ask his wife to set an alarm for a few minutes after he lets the dog out and have her come “surprise” him one morning. Because I wonder if he’s stumbled into a proclivity that he was not aware of until now.

Rich: He very well might have. Overall, I think, the LW could just be straightforward, utilitarian, and vague about this. Acknowledge it, and move on. Hopefully, that does the trick. I think any lingering awkwardness is going to be a result of the neighbor’s shame because she was poking around. She saw something that she absolutely shouldn’t have. She was in the wrong, and she must know that. As wonderful as it would be if the world were full of people who just did something wrong and apologized, unfortunately, the world is not like that at all. Sometimes somebody does a disservice to you and then holds it against you. That’s humanity.
Reactions: EasyHawk

Bump for the late afternoon 'bators.

I don’t believe a word of that story
Reactions: NCHawk5 and BelemNole

It is almost too good to be true. I think it would be more believable had he not said he jizzed as soon as she screamed.
Reactions: NCHawk5, lucas80, fsu1jreed and 1 other person

Definitely wasn’t me, I don’t write.
Reactions: 3boysmom and torbee

torbee said:
It is almost too good to be true. I think it would be more believable had he not said he jizzed as soon as she screamed.
Click to expand...

As someone in their mid 50s none of this rings true to me.
1. Morning wood is a treat, not an expectation anymore.
2. Post-menopausal wife typically aren't looking to get jumped every day and if they are
3. They don't need you to jerk it earlier in order to have your stamina. You should know what you're doing by the time you both hit 60 and get shit done without having to numb your junk ahead of time.

He might have been having a wank in his backyard but it had nothing to do with pleasing his wife later in the day.
Reactions: Formerly Rockymtnole, torbee and fsu1jreed

Belem nailed all points. I deleted my similar thoughts. Unless the guy had a typo and he meant quarterly when he gets intimate with his wife.
Reactions: BelemNole and torbee

Dude could only make it 3 days into No Nut November? smh head
Reactions: TJ8869, BelemNole and torbee

Yeah what 60 year old wakes up with morning wood!!!
Reactions: No Vaseline, Formerly Rockymtnole and EasyHawk

millah_22 said:
Dude could only make it 3 days into No Nut November? smh head
Click to expand...

Well, that's two days and 18 hours longer than I did. Not gonna criticize.
Reactions: BelemNole

BelemNole said:
He might have been having a wank in his backyard but it had nothing to do with pleasing his wife later in the day.
Click to expand...

"in lieu of" rather than "in addition to"
Reactions: BelemNole

In my defense, I was reading about Miss Puerto Rico marrying Miss Argentina
Reactions: Scott559, St. Louis Hawk and NDallasRuss

SeaPA said:
In my defense, I was reading about Miss Puerto Rico marrying Miss Argentina
Click to expand... 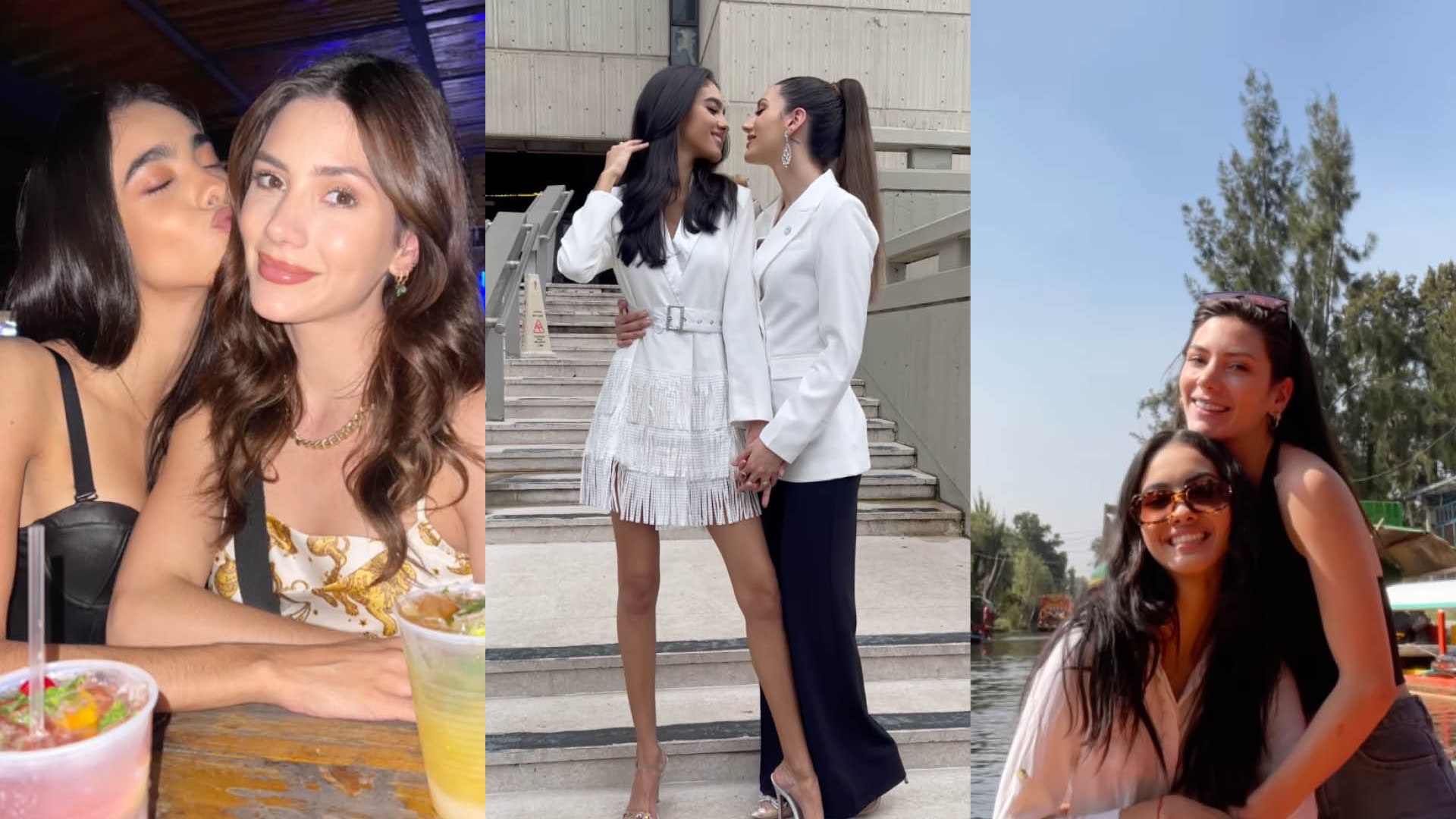 He'll, I had live action video of them makong a Seapa sandwich. It was just in my mind, but it was Hi-Def so very clear.
Reactions: NDallasRuss

Yeah, why would he "clean up" if he was fappin in the backyard?
Reactions: Formerly Rockymtnole and FSUTribe76

millah_22 said:
Dude could only make it 3 days into No Nut November?
Click to expand...

I had forgotten about that until earlier today. Oh, well. There’s always next November.
You must log in or register to reply here.

I should know better than to ask this board for help, but, I humbly ask of country music help

Is this dude creepy or creative?

Which of you heathens