By Robert Leonard and Matt Russell
Mr. Leonard is the author of “Deep Midwest: Midwestern Explorations.” Mr. Russell is a co-owner of Coyote Run Farm.
KNOXVILLE, Iowa — Rural America has a growth problem. Business and industry desperately need workers, but the domestic labor pool is shallow, and the nation’s birthrate is slowing.
There’s no better place to help expand our economy than in rural communities like ours. We need smart public policy for sustained growth — and immigration reform would be a big part of it.
The Iowa Business Council, a group made up of representatives of the largest corporations in the state, have been asking for immigration reform for years to help solve our labor woes.
Plenty of research shows that flexible visa programs run federally or by the states could address this problem quickly.
Advertisement
Continue reading the main story


Help-wanted signs are up all around town. There are help-wanted ads playing on our local radio station, in our local newspapers and all over the internet. Listen to your favorite national podcast here and you just might hear a targeted help-wanted ad for our ZIP code. Our county, Marion, is blessed with a strong agricultural and manufacturing base and is doing relatively well. The median household income in the county is $61,038, just a notch below the state median of $62,843. About 8 percent of us live in poverty.
Dave Swenson, an economist at Iowa State University, agrees that the reason we have so many jobs open is that we don’t have enough people to fill them.

They’ll enjoy our special rate of $1 a week.

“One of the bright spots in the Iowa economy is the fact that the ag sector seems to be thriving,” he said, “especially in animal production and in food production. They will not thrive and grow if they are not able to continue to attract and retain immigrant labor.”


Even before the pandemic, we didn’t have enough workers to fill open jobs. A recent report from the Marion County Development Commission shows that we had 3.3 percent unemployment in March 2020. There were 17,340 individuals working, with an estimated 1,113 job openings and 306 initial and continuing unemployment claims.
Advertisement
Continue reading the main story


Today our unemployment rate is about the same. The numbers from June show only a slight increase to 3.5 percent unemployment. We simply don’t have enough people in our county or in the state to fill the open positions. Raising wages might bring some of those unemployed individuals back to work, but we still won’t have enough workers.
It is a conservative county (in 2020, Donald Trump won it with 66 percent of the vote). So if you ask around town why there are so many job openings, the answer is pretty much always the same — welfare is too easy to get, especially under President Biden, and people don’t want to work. They are lazy, on the dole. The Biden administration had increased unemployment benefits by $300 through Sept. 6, but many states are refusing those benefits. At least 25 states, including Iowa, are rejecting this federal benefit.
This attitude is wrong. People want to work. Rejecting unemployment aid is, as Mr. Swenson called it, “legislative pain,” with a negative economic impact for the individuals and the states.

The reason we have so many jobs open is that we don’t have enough workers. That’s why the Biden administration needs to make the immigration process easier and faster. Sure, many immigrants will flock to our urban areas, but many others come from rural, agrarian backgrounds. They are familiar with many aspects of the work in rural areas: farming, food production and manufacturing.
We also lack affordable housing here for workers. Real estate is at a premium, and real estate agents are begging for inventory to sell. Mr. Biden has earmarked $213 billion for housing in his American Jobs Plan. All new housing developments in rural America probably need to be public-private partnerships. Because of the market, most builders are drawn more strongly to the rapidly growing Des Moines metropolitan area. Why build five houses in our rural communities when you can build 50 or more in the metro?

We do have local builders who prefer to work in town, but they can’t find enough labor. One local builder is booked a year out. The labor shortage is so serious here that it is difficult not only to find someone to build a house but also to find a plumber, a roofer or a handyman.
Advertisement
Continue reading the main story


More immigrants will also increase our tax base and help stabilize Social Security. The immigrant population is already growing here, and they are successfully contributing.
Since Republicans have so demonized immigrants during the Trump administration, Democrats need to embrace the political leadership that empowers rural communities to break out of our stagnation and fuel growth in our communities. 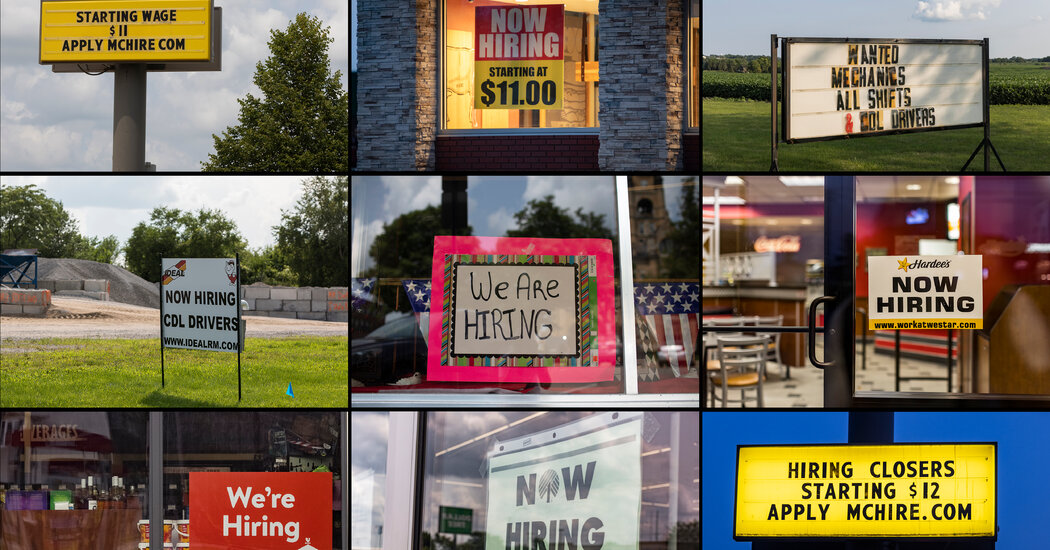 Rural America would welcome legal immigrants,.. great idea.
Reactions: Titus Andronicus and jamesvanderwulf
You must log in or register to reply here.

The pandemic marks another grim milestone: 1 in 500 Americans have died of covid-19

Off Topic Wednesday at 2:53 PM
noleclone2