Why Ukrainians Believe They Can Win

Sign up for the Russia-Ukraine War Briefing. Every evening, we'll send you a summary of the day's biggest news. Get it sent to your inbox.
I met Volodymyr Yermolenko, a Ukrainian philosopher and the chief editor of UkraineWorld, an English-language news site, in Kyiv in 2019. I’d gone there to report on how Ukrainians felt about Donald Trump’s attempts to extort their president, Volodymyr Zelensky, and on the American right’s demonization of Ukrainians who’d worked against corruption. Yermolenko spoke, then, of Ukraine as a front line in the global battle between democracy and authoritarianism, with Europe on one side and Vladimir Putin’s Russia on the other — and the role of the United States under Trump confusing and ambiguous.
“It’s about whether democracy, rule of law, are spreading farther to the east,” he said of the conflict over Ukraine’s future. “It’s a long story how it spread to Eastern Europe — first it was Eastern Europe, Central Europe, then there was Ukraine, Georgia, Moldova. We hope it will someday reach Russia.” But it was possible that the ideological tide would go the other way. “There is a new authoritarianism going westward,” said Yermolenko. In this view, the fate of Ukraine’s nascent democracy was a sort of weather vane for the world.
I spoke to Yermolenko again on Sunday, as Russian troops besieged his country. “The spirit is very strong,” he said. “There is no fatalism, no willingness to negotiate on Russia’s terms. There is decisiveness.” Ukrainian self-defense, he said, was chiefly a matter of patriotism, of people defending their home and way of life against a cruel foreign power. But he also saw it as part of the great ideological contest we’d discussed two and a half years ago.
“There is a strong feeling that if Ukraine wins — and I’m sure it wins — that can bring the end of both Putin’s and Lukashenko’s regimes,” he said, referring to Alexander Lukashenko, the strongman president of Belarus, who is reportedly preparing to send troops to Ukraine to fight alongside Russia.
Advertisement
Continue reading the main story


His confidence amazed me, but it appears to be widely shared across the country: According to a recent poll, 70 percent of Ukrainians outside of Russian-occupied territories think they will prevail against Russia. Oleksandra Ustinova, a member of the Ukrainian Parliament who is in Washington working on diplomatic outreach, said that Putin thought he could easily seize control of her country. “Ukrainians have proved that we’re not going to go down, and we do believe that we will win this war,” she said.
I have no idea if she’s right, though obviously I hope she is. Russia appears to have stumbled in the opening days of the invasion, but Ukraine’s army is still enormously overmatched, and Putin has the power to rain hell on the country. The Ukrainians’ stalwart faith in their ability to resist Russia, however, is an important political fact, one that people who predicted a quick Russian victory didn’t fully account for. It’s a faith that has stirred much of the world to unite against Russia, reinvigorating a liberal internationalism that until recently seemed spent and flaccid.
As inspiring as Ukrainian determination has been, it’s perhaps not that surprising. Anyone who’s visited Kyiv in recent years could see how much pride people took in the 2014 revolution that forced Viktor Yanukovych, the Kremlin-backed kleptocratic president, to flee to Russia. In Kyiv’s Independence Square, a monument to the revolution included photos, mounted on giant copper-colored plinths, of demonstrators burning tires to repel a crackdown and getting ready to pelt the riot police with cobblestones. Nearby, a vendor sold toilet paper with Putin’s face on it.
Not all Ukrainians welcomed the revolution — Yanukovych had a real base of support in the country’s south and east. But there was a culture of reverence for citizens who’d stood up to Russian domination.
Ukraine has had two revolutions in less than two decades; there was also the Orange Revolution, which erupted after Yanukovych was accused of trying to steal the election in 2004. Nataliya Gumenyuk, a Ukrainian journalist and author of “Lost Island: Tales From the Occupied Crimea,” told me these revolutions have instilled in Ukrainians a strong sense of their own agency. “Ukraine has a positive case of toppling a dictator, doing something that used to be unthinkable,” she said, speaking from Kyiv in the middle of the night.

She noted that Zelensky has directly appealed to the public in Russia and Belarus. “We seriously believe that if people, independent people, stand up,” they can force their leaders to bend. “Because with us it’s like that,” she said.
This means that even if a democratic Ukraine wasn’t an existential threat to Putin before, it is now, since its survival would mean his humiliation. In 2019, I was intrigued by how earnestly Ukrainians I met spoke of liberal democracy. Perhaps they’d won it so recently that they hadn’t had time to grow cynical. Their idealism has turned out to be a powerful weapon. They’ve shown older democracies what it means to fight for their own putative values, leading to an almost ecstatic global outpouring of support.
The odds remain against the Ukrainians. But their conviction has given them a chance. 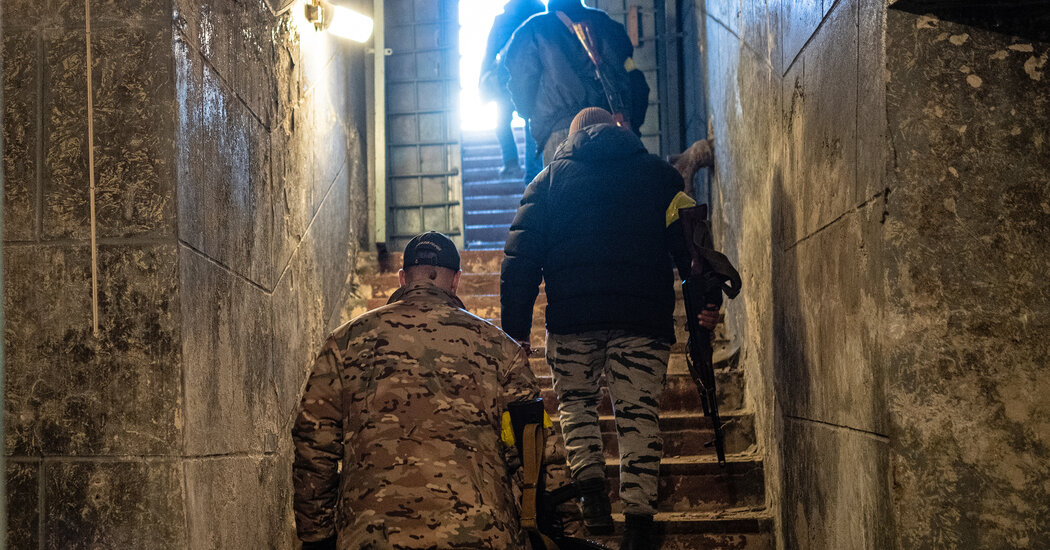 Opinion | Why Ukrainians Believe They Can Win

Idealism has been a powerful weapon in the resistance against Russia.

www.nytimes.com
Reactions: BelemNole
You must log in or register to reply here.

More than 80 percent of Ukrainians not prepared to cede territory in return for peace, poll finds