Sign up for the Paul Krugman newsletter, for Times subscribers only. A guide to U.S. politics and the economy — from the mainstream to the wonkish. Get it in your inbox.
Will the price of gasoline — a price that has very little to do with which party controls the government — nonetheless determine the outcome of the midterm elections, and quite possibly the fate of American democracy?
I wish that were a silly question, but it isn’t. This year there has been a strong correlation between the price of gasoline and political polls.
Earlier this year, when gas reached an average of $5 a gallon, everything seemed to point to a Republican blowout. By mid-September, with gas prices down almost $1.50, the election looked much more competitive. And some apparent recent deterioration in Democrats’ prospects coincided with an upward tick in prices in late September and early October. (Prices are now falling again.)
Now, this correlation might be spurious. Other things have been going on, notably a partisan Supreme Court’s overthrow of Roe v. Wade. And political scientists who have studied the issue find that normally the effect of gas prices on political outcomes is fairly weak.
Advertisement
Continue reading the main story


But we are arguably in a special situation right now. Americans have been shocked by a sudden surge in inflation, which had been quiescent for decades, and the price of gasoline — displayed on huge signs every few blocks — is a potent reminder of our economic difficulties.
What we know for sure is that politicians are harping on gas prices. Republicans don’t talk about the core personal consumption expenditure deflator, they declare that “gas was only $2 a gallon when Trump was in office!” The Biden administration talked a lot about the long slide in prices and is trying to get out the word that this slide has resumed.
So this seems like a good time to make three important points about gasoline prices.
First, the most important determinant of prices at the pump is the world price of crude oil, over which the United States has little influence. And I do mean “world price”: Prices in Europe and the United States normally move almost perfectly in tandem.
Crude prices and hence gas prices were unusually low during Donald Trump’s last year in office, not because of anything he did, but because Covid had the world economy flat on its back, greatly reducing oil demand. Crude temporarily shot up after Russia invaded Ukraine, out of fears that Russian oil exports would be greatly reduced; it fell again as it became clear that a lot of Russian oil would continue to find its way to world markets.
Second, smaller fluctuations are usually driven by technical issues at the refineries that turn crude oil into gasoline and other products. The mini-surge in gas prices that began in September (and now seems to be over) was caused by shutdowns of several refineries for maintenance and a fire at one refinery in Ohio. Again, this has nothing to do with policy.

What about accusations that energy companies are deliberately holding production back to raise prices and profits?
We shouldn’t dismiss this possibility out of hand. Some readers may recall the California electricity crisis of 2000 and 2001. When some analysts, myself included, argued that the facts suggested that market manipulation was playing a large role, we faced considerable ridicule. But it turned out that markets were, in fact, being manipulated; we have the receipts.

As far as I can tell, however, the refining issues that led to recent price increases were genuine. I don’t think it’s wrong to stay suspicious, and keep energy companies on notice against pulling an Enron. But it’s probably not a current problem.
Finally, gas isn’t expensive compared with the fairly recent past.
One way I like to look at this is to look at the ratio of the price of gasoline to the average worker’s hourly earnings. Right now this ratio is considerably lower than it was in the early 2010s. Gasoline prices did plunge in 2014 — yes, under Barack Obama, not Trump. But this reflected a surge in fracking, which actually did increase U.S. oil production enough to have a significant effect on world markets. Unfortunately the fracking boom turned out to be a bubble that eventually burned up more than $300 billion in investors’ money.
So gas prices probably won’t go back to the levels of the late 2010s, not because the Biden administration is hostile to oil production, but because those low prices depended on investors’ delusions about fracking’s profitability. Taking a longer view, as I said, gas isn’t actually expensive at this point.
Furthermore, experts believe that with some troubled refineries coming back online, gas prices will fall substantially over the next few weeks.
So what does this tell us about the success or failure of Biden administration policy? Very little. Biden’s jawboning of refiners over their margins might be having some effect; so might his release of extra oil from the Strategic Petroleum Reserve. Overall, however, it’s hard to think of a worse metric for judging a president and his party than a price determined mainly by events abroad and technical production issues here at home, a price that isn’t even high compared with, say, a decade ago.
Yet gas prices may sway a crucial election, a fact that is both ludicrous and terrifying. 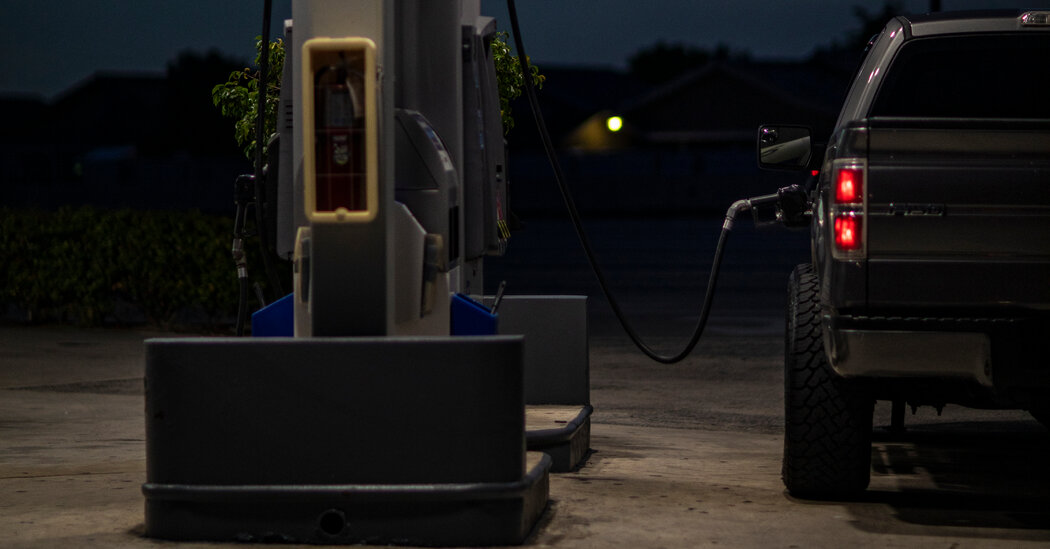 Their political salience is ludicrous, and terrifying.

Speaker Nancy Pelosi (D-Calif.) in a new interview said Democrats need better messaging on inflation, which has been top of mind to voters ahead of next month’s midterm elections.

“Inflation’s an issue, but it’s global. It’s global. … What’s [the Republicans’] plan? They ain’t got nothing. When you bring down unemployment, inflation goes up. … So in any case, [President Biden] brought unemployment [down], cut it in half,” Pelosi told Punchbowl News in an interview published Wednesday.

“Inflation is there but it’s global and not as bad as it is in some countries. We’ll have to message it better in the next three weeks ahead. I think we’re in great shape. Other people don’t want to believe that,” she added.

Pelosi’s comments come in the final stretch to the November midterm elections, which have been dominated by topics like the economy and inflation. Inflation has been on the rise since the COVID-19 pandemic began in 2020, making matters more difficult for consumers a
t the grocery store and gas pump.

The consumer price index, which measures inflation, rose 0.4 percent in the month of September and 8.2 percent in the past year. For more than a year, inflation has been near a four-decade high.

The economy and inflation have shown to be top issues for voters ahead of next month’s races. A New York Times-Siena College poll conducted this month found that 26 percent of registered voters see the economy as the most important problem facing the country, followed by inflation or the cost of living at 19 percent.

During an interview with MSNBC on Tuesday, Pelosi said “of course, we want to fight inflation,” arguing that consumer prices have ticked up because unemployment has decreased.
Reactions: cigaretteman

Oil prices remain about 30% below their June peak.
https://www.iea.org/reports/oil-market-report-november-2022

Obviously a conspiracy to lower prices since the summer peak.
Reactions: RileyHawk

Obviously a conspiracy to lower prices since the summer peak.
Click to expand...

The shoes fit ya, Chis.

NEW YORK, Nov 9 (Reuters) - Oil prices sank by roughly $3 a barrel on Wednesday after industry data showed that U.S. crude stockpiles rose more than expected and on concerns that a rebound in COVID-19 cases in top importer China would hurt fuel demand.

Tell us more about your conspiracy theories…

More "bad" news about the economy for the GOP heading into the midterms . . .

Putin Is Onto Us