Will the Jan. 6 Committee Finally Bring Down the Cult of Trump?

There’s a saying among cult experts: Nobody ever joins a cult.
Of course, people join what, to outsiders, certainly appear to be cults — the Branch Davidians, the Moonies, the Peoples Temple and so on. But these groups never describe themselves as cults, and they don’t necessarily understand themselves that way, either.
Usually, they claim to be religious or spiritual movements, personal-development or leadership training organizations, and so on. Keith Raniere of NXIVM offered his members “executive success programs.” What the rest of the world eventually saw was a sex cult.
Americans may someday come to understand Donald Trump as the most successful cult leader of our times. The question is whether the House select committee investigating the Jan. 6, 2021, attack on the Capitol can begin to steer some of the Trump faithful toward the kind of cult deprogramming they so desperately need.
Advertisement
Continue reading the main story


I’m starting to think it might, if not with his most fervent loyalists, then at least with a critical mass of his voters.

Tuesday’s dramatic testimony to the committee by Cassidy Hutchinson, an aide to Trump’s chief of staff, Mark Meadows, changes the game. If what she says is true, no longer are we dealing with a committee that is putting a fluorescent light to a set of facts with which we were already broadly familiar.
This is something else: testimony that the president didn’t care that the mob that stormed Congress was armed and that he even tried to lead it by grabbing for the steering wheel of his armored limousine.
“You know, I don’t f-ing care that they have weapons,” Hutchinson testified she overheard the president saying during his rally on Jan. 6. “Let my people in. They can march to the Capitol from here.”
Until now, Trump’s supporters have told themselves an exculpatory story about Jan. 6 that goes like this: The president sincerely believed he had been robbed of the election. His efforts to reverse the outcome were the result of honest indignation. His “Be there, will be wild!” tweet inviting people to the Jan. 6 rally was just his usual hyperbole, not a threat.

So too — to continue with this story — was his call at the rally itself to “fight like hell,” which was ordinary free speech, not an incitement to riot. The people who assaulted the Capitol were a mix of enthusiastic patriots, a few hooligans who got out of hand and probably a few antifa provocateurs. Mike Pence, surrounded by bodyguards, was never at serious personal risk. Congressional Republicans who questioned the legitimacy of Joe Biden’s victory were no worse than the congressional Democrats who questioned the legitimacy of Trump’s four years earlier.

But the committee’s work made nonsense of that narrative. Trump knew perfectly well that fraud hadn’t caused his defeat: So he had been told, in no uncertain terms, by his loyal attorney general, Bill Barr. The theory that Pence had the authority to stop the counting of electoral votes struck even the author of that theory, John Eastman, as a nonstarter in any court. We heard that Rudy Giuliani admitted he had no evidence of significant fraud. Republicans who aided the president’s attempts sought pardons for themselves, hardly admissions of innocence. Among them, according to Hutchinson, was Meadows himself.
Maybe Hutchinson is lying, but she was under oath. Trump supporters may find it easy to dismiss Democrats like Adam Schiff or even anti-Trump conservatives like Judge J. Michael Luttig.
But Hutchinson is a source from within the inner sanctum. On Tuesday, she was a picture of credibility. If Meadows continues to refuse to testify to the committee, that credibility will be enhanced.
Maybe this is where the cult of Trump will begin to crack.
Margaret Singer, a clinical psychologist who studied cults, noted that among the ways cults succeeded was by creating “a closed system of logic” and belief.
That, of course, has always been essential to Trump’s messaging. Either you love Trump or you are an enemy of the people. Either you want to Make America Great Again or you hate America. Either you accept that Trump is always right, even when he contradicts your deepest values — or when he contradicts himself — or you are deficient in loyalty to him and hatred of his enemies. Either you stick with Trump or you’re a Republican in name only, a RINO, and we know what Trump loyalists like Missouri’s Eric Greitens plan to do with RINOs.
All this was central to the Trump playbook. But after Tuesday, the threat of a legal indictment has become very real. The president may indeed be liable for seditious conspiracy, especially if he tried, via Meadows’s calls to Roger Stone and Michael Flynn, to reach out to extremist groups.
Advertisement
Continue reading the main story


To Trump’s supporters, his name was all but synonymous with their sense of America. They saw in him a proudly raised middle finger to progressives who found more to fault than praise with the country. Now it doesn’t entirely compute.

I doubt there will be any sort of moment when the Sean Hannitys and Laura Ingrahams of the world will tell the faithful: We were wrong; we made an idol of the wrong man. But there may be a quiet drifting away. In a moment like this, that might be just enough. 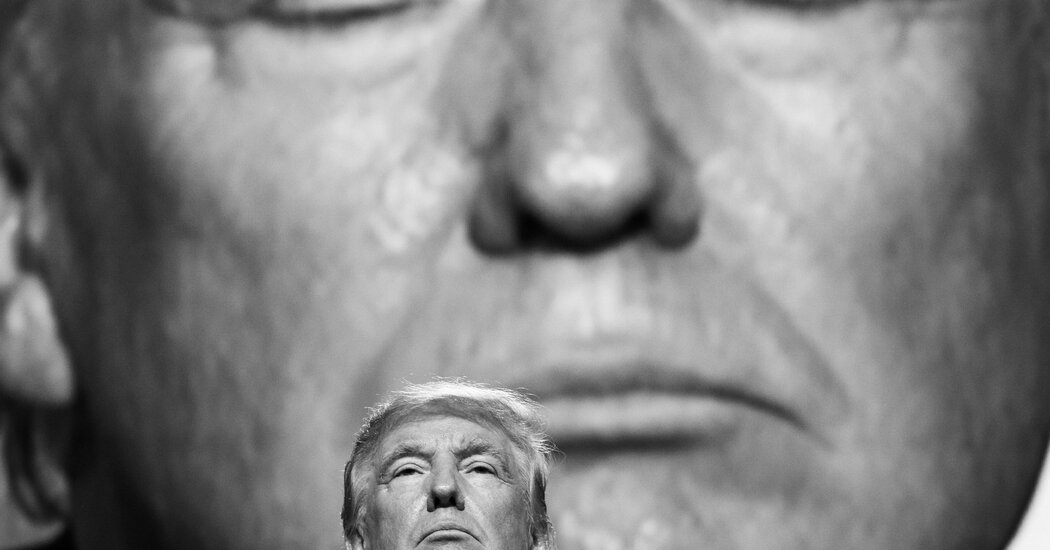 Opinion | Will the Jan. 6 Committee Finally Bring Down the Cult of Trump?

“I don’t f-ing care that they have weapons” — words that should jolt some of his faithful into deprogramming.

The Good, the Bad and the Chicken on Jan. 6

The Myth of the Good Trump Official