Will Trump Face a Legal Reckoning in Georgia?

Over 2,300 text messages to and from Mark Meadows, the former chief of staff for Donald J. Trump, offer stunning real-time details of the efforts to overturn the 2020 presidential election. Not least among the revelations are Mr. Meadows’s repeated overtures to the Georgia secretary of state, Brad Raffensperger, with Mr. Meadows pressing the Georgian to be in communication with the White House.
Mr. Trump and Mr. Raffensperger eventually did speak, resulting in Mr. Trump’s now-infamous demand that the secretary “find 11,780 votes” — just one more vote than Joe Biden’s margin of victory in the state.
On May 2 we see the latest consequence of those efforts: the opening of a special grand jury by District Attorney Fani Willis in Fulton County, Ga., to gather evidence relating to possible criminal charges against Mr. Trump and others associated with him. As important as congressional investigations are, Ms. Willis’s work may represent the most serious prospect of prosecution that Mr. Trump and his enablers are facing.
We understand that after the Mueller investigation and two impeachments, the prospect of Mr. Trump actually facing accountability may be viewed with skepticism. Most recently, he seems to have avoided charges by the Manhattan district attorney, Alvin Bragg.
Advertisement
Continue reading the main story


But Ms. Willis, a Democrat, has a demonstrated record of courage and of conviction. She has taken on — and convicted — a politically powerful group, Atlanta’s teachers, as the lead prosecutor in the city’s teacher cheating scandal.
And she is playing with a strong hand in this investigation. The evidentiary record of Mr. Trump’s postelection efforts in Georgia is compelling. It is highlighted by a recording of Mr. Trump’s Jan. 2, 2021, call with Mr. Raffensperger, in which Mr. Trump exhorted Mr. Raffensperger to “find” those votes.
The tape also contains threats against the secretary and his staff that had an element of coercion, like Mr. Trump’s warning that failing to identify (nonexistent) fraud would be “a big risk” to Mr. Raffensperger and to his lawyer. The recording is backed by voluminous evidence that Mr. Trump likely knew full well he had lost, including acknowledgment from administration officials like his attorney general, William P. Barr, and an internal Trump campaign memo admitting that many fraud claims were unfounded. As a federal judge noted in finding that Mr. Trump’s efforts to overturn the election were likely criminal, the former president “likely knew the justification was baseless and therefore that the entire plan was unlawful.”
What’s more, Georgia criminal law is some of the most favorable in the country for getting at Mr. Trump’s alleged misconduct. For example, there is a Georgia law on the books expressly forbidding just what Mr. Trump apparently did in Ms. Willis’s jurisdiction: solicitation of election fraud. Under this statute, a person commits criminal solicitation of election fraud when he or she intentionally “solicits, requests, commands, importunes or otherwise attempts to cause” another person to engage in election fraud.
The decision to impanel a special grand jury is itself another indicator of the peril Mr. Trump may face. Under Georgia practice, special purpose grand juries are typically used for focused investigation of a matter and have the power to subpoena witnesses. Special grand juries develop expertise in a single case over a sustained period (here up to 12 months), as opposed to regular grand juries, which hear many matters over a shorter period of time. Unlike regular grand juries, the special grand jury cannot issue an indictment, but any charging recommendations are presented by a district attorney to a regular grand jury, which can then indict based on the special grand jury’s work.


The special grand jury will begin issuing subpoenas for some of the 30 or so witnesses who have refused requests for voluntary interviews. Those initial witnesses will then be served and will start appearing in June. Mr. Trump and those closest to him have a history of rushing to court to fight subpoenas, but they are unlikely to be given the opportunity in this first wave. Careful prosecutors usually start with less controversial witnesses, and Ms. Willis is a careful prosecutor. If Mr. Trump or those closest to him are served, that is when subpoenas are most likely to be challenged in court — but that is probably months away.
If Mr. Trump is charged, it will set off a legal battle royale. There are substantial legal defenses that Mr. Trump could attempt. He could argue that he has constitutional immunity from prosecution for his acts while president; that his words were protected by the First Amendment; or even that he acted in absolute good faith because he genuinely believed that he had won.
The judicial system will ultimately decide if these defenses will work. But soliciting election fraud is not within the scope of official presidential duties protected by immunity; the First Amendment does not protect criminal activity; and a president cannot successfully claim good faith when he was repeatedly told by his own officials that there was no fraud. Still, no one should consider the case a slam-dunk.
The case also in no way diminishes the importance of the House of Representatives’ Jan. 6 committee. In fact, the committee will most likely aid the Georgia prosecution while going about the business of its own investigation. (Ms. Willis and the committee have reportedly already been in contact.) For example, litigation with Mr. Meadows disclosed key details of the alleged plot to overturn the Georgia election. An email the committee filed from one of the lawyers helping Mr. Trump, Cleta Mitchell, included a detailed 11-point memo about overturning the election. Operating outside Washington, obtaining that email and other evidence like it might have taken Ms. Willis years.
Jury trials, which both of us have tried and supervised, are living events, and success is never assured. But in Georgia, if it reaches that stage, the evidence is strong, the law is favorable, the prosecutor is proven and the cause — democracy itself — is just.

Opinion | Will Trump Face a Legal Reckoning in Georgia?

It may be the most serious prospect of prosecution that Trump and his associates are facing.

He will never be held to account. I’m convinced of that.
Reactions: fsu1jreed, IA_HAWKI, ericram and 8 others

Hope they hang him by his balls, if they can find them.
Reactions: ericram, ParkerHawk, TheCainer and 2 others
M

Trump will tie anything up in court for years on appeals.

Tldnr. But I hope so.

CarolinaHawkeye said:
Hope they hang him by his balls, if they can find them.
Click to expand...

I assume he will skate on this just like he has pretty much done all his life. Vance retired in NY and Bragg took over and he mentioned/hinted a former president required a higher bar. So, I guess a president or former president is above the law. I didn't think that, but obviously I was wrong.
Reactions: TC Nole OX
S

The prosecutor has had TAPES of his calls for more than a year. Nothing has happened.

Nothing will happen.
Reactions: artradley

St. Louis Hawk said:
The prosecutor has had TAPES of his calls for more than a year. Nothing has happened.

She has moved methodically. Any move she makes will be seen as partisan, so she has to be thorough. And, republicans have been fighting her, that’s why she needs this grand jury. I believe the Secretary of State wrote a book and did a tour on Lib TV, but refused to testify unless subpoenaed.
Reactions: cigaretteman

Formerly Rockymtnole said:
He will never be held to account. I’m convinced of that.
Click to expand...

lucas80 said:
She has moved methodically. Any move she makes will be seen as partisan, so she has to be thorough. And, republicans have been fighting her, that’s why she needs this grand jury. I believe the Secretary of State wrote a book and did a tour on Lib TV, but refused to testify unless subpoenaed.
Click to expand...

I hope that's the case.

I also hope that's been the case with Gaetz.

He wanted to shoot Americans!!! Again, Republicans...please explain to me how another Trump presidency doesn't push us towards a dictatorship or a Putin/Russia at best!
Reactions: ericram, ParkerHawk and cigaretteman
S

lucas80 said:
She has moved methodically. Any move she makes will be seen as partisan, so she has to be thorough. And, republicans have been fighting her, that’s why she needs this grand jury. I believe the Secretary of State wrote a book and did a tour on Lib TV, but refused to testify unless subpoenaed.
Click to expand...

I hope you are right, but still believe nothing will happen. Just like in New York where they let him skate before he became President, and then are going to let him skate again because the prosecutor is afraid of the blowback or losing.

St. Louis Hawk said:
I hope you are right, but still believe nothing will happen. Just like in New York where they let him skate before he became President, and then are going to let him skate again because the prosecutor is afraid of the blowback or losing.
Click to expand...

It's truly amazing when you realize how chickenshit so many of America's elected officials are.
Reactions: IA_HAWKI and TC Nole OX

Formerly Rockymtnole said:
He will never be held to account. I’m convinced of that.
Click to expand...

I also hope that's been the case with Gaetz.
Click to expand...

Prosecutions, I think, are unlikely for Gaetz, Trump and others for the sole reason that it only takes one Trump loyalist on a jury to block a conviction even with overwhelming evidence of guilt. 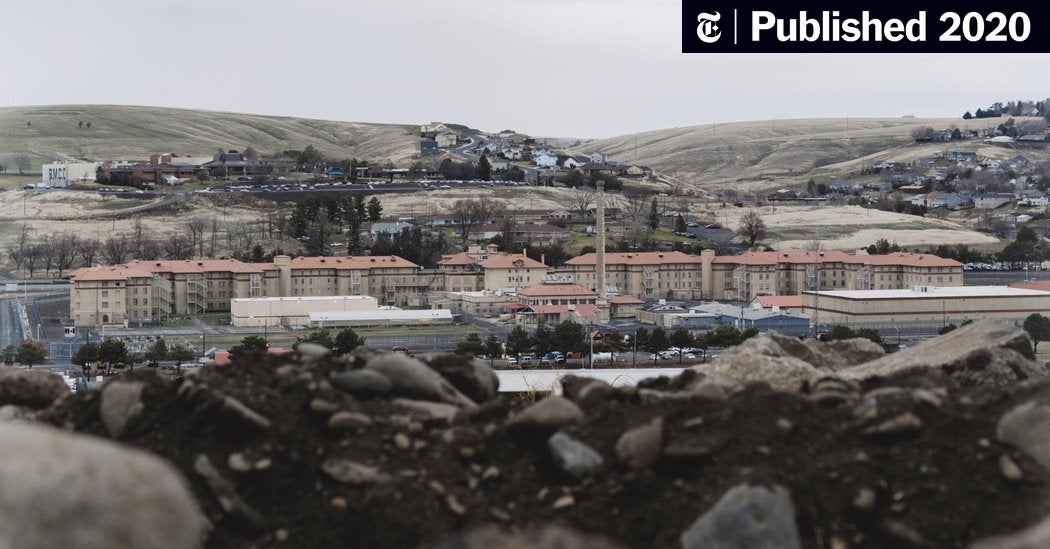 In One State, a Holdout Juror Can’t Block a Conviction. That May Not Last. (Published 2020)

Oregon is the last state in the nation where a jury can convict a defendant without a unanimous vote. The Supreme Court is weighing whether that is constitutional. 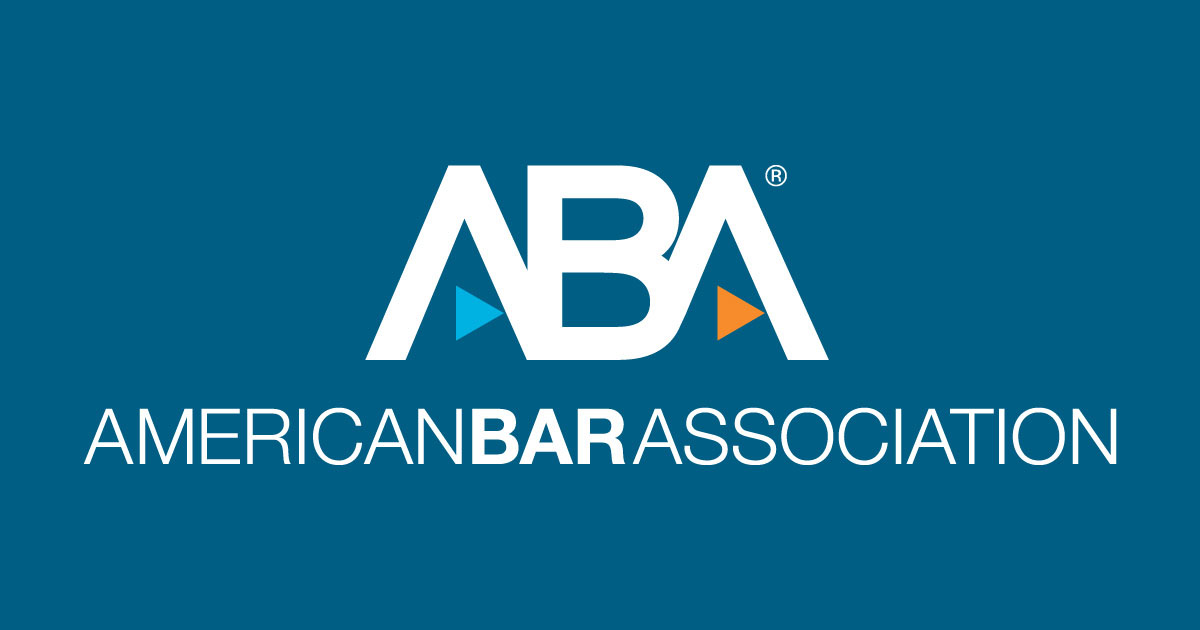 Reactions: CarolinaHawkeye
You must log in or register to reply here.

Lawyer who plotted to overturn Trump’s 2020 loss recruits election deniers to watch over the vote. Image