Marlena Stell’s happiness turned to heartbreak after she found out about 9½ weeks into her pregnancy that she had suffered a miscarriage.
After she was told last year that the fetus did not have a heartbeat and she no longer had a viable pregnancy, the Texas woman asked her doctor to perform a dilation and curettage, or D and C — a standard procedure to remove the fetus following a miscarriage to help prevent infection or long-term health problems. Stell had the procedure after her first miscarriage in 2018 in Washington state, when she felt so much pain that she could not walk, and she wanted to go through with it again before trying again for a second child, she told The Washington Post.

But Stell was even more devastated to learn that since the procedure was the same one used during abortions, Texas law prohibited abortion after six weeks. She would be forced to carry her dead fetus for two weeks before she could find a provider to give her the medical intervention that physicians had denied her.


“My doctor had said that since the heartbeat bill had just passed, she didn’t want me to do a D and C. And she asked that I tried to miscarry at home,” said Stell, 42, of Conroe, Tex. “It just was emotionally difficult walking around knowing that I had a dead fetus inside.”
Stell, a beauty influencer with 1.5 million YouTube subscribers, is sharing her story in the weeks after the Supreme Court overturned Roe v. Wade as a reminder that the restrictive abortion laws adopted by states such as Texas could affect those who have suffered miscarriages.
“People need to understand how these laws affect all women, even cases like mine,” she said. “I feel like it’s very dangerous for government of any type to be intervening in a woman’s care because there’s multiple reasons of why she may need a procedure.”

Her story is an example of what physicians and patients could face when it comes to care for miscarriages and maternal health almost a month after the Supreme Court’s ruling in Dobbs v. Jackson Women’s Health Organization.
As The Post recently reported, doctors in multiple states say miscarriages, as well as ectopic pregnancies and other common complications, are being scrutinized, delayed, or even denied. In Texas — where Attorney General Ken Paxton (R) is suing the Biden administration over federal rules requiring abortions to be provided in medical emergencies to save the life of the mother — some doctors are reporting that pharmacists have begun questioning patients who they suspect could be using their miscarriage medications for abortions.
“It is traumatizing to stand in a pharmacy and have to tell them publicly that you are having a miscarriage, that there is not a heartbeat,” Rashmi Kudesia, a fertility specialist in Houston, told The Post on Saturday.
Confusion post-Roe spurs delays, denials for some lifesaving pregnancy care
The American College of Obstetricians and Gynecologists estimates that more than 1 in 4 pregnancies end in miscarriage, the spontaneous demise of a fetus that commonly happen because of chromosomal abnormalities.

The methods of treatment for miscarriage and abortion are the same. A miscarriage can be treated using a mix of drugs such as mifepristone and misoprostol, or through a D and C, which includes dilating the cervix and clearing tissue from the uterus.
After her initial miscarriage in 2018, Stell and her husband had their first child, a daughter, in April 2020. When the couple moved from Washington state to Texas in 2021, they were trying to have a second child, Stell said, even though she knew she was at high risk because of her age, previous health problems and miscarriage. So when she found a doctor who specialized in high-risk pregnancies last summer, she was thrilled to find out that the early weeks of her pregnancy looked promising.
“I was about 7½ weeks pregnant, and everything looked great,” Stell said. “The doctor said there was some movements and fluttering, but everything with the pregnancy looked normal.”

Because she was high risk, Stell was asked to come back about two weeks later for a follow-up appointment in late September 2021. Since her husband was not allowed inside due to coronavirus-related guidelines, she planned to record on her cellphone what the doctor had to say about the ultrasound so it would be like her partner was in the room.
“I’m getting ready to record because I’m excited,” Stell recalled. “But as soon as she started the ultrasound, [the doctor] got really silent, and was just looking and looking and didn’t see the fluttering or the movement or anything.”
Stell got the news she feared: She had lost the pregnancy. She was told she had a blighted ovum, which is when a fertilized egg implants in the uterus but does not develop into an embryo.

She was shocked to learn that the common procedure she got so easily in Washington state was anything but that in Texas. She said she was told she needed additional proof, or multiple ultrasounds, showing that her pregnancy was not viable before she could get a D and C. Nine days into carrying her dead fetus, the sorrow of her first miscarriage had returned.

Stell eventually found an abortion services provider in downtown Houston who would give her the D and C on Oct. 4, 2021. After she was met by antiabortion protesters, Stell opened up about the experience on her YouTube channel. While Stell, a cosmetic brand owner and CEO, usually talks about makeup education and other beauty and lifestyle content, the influencer’s video on her miscarriage showed a different side.

“I get so angry that I was treated this way because of laws that were passed by men who have never been pregnant and never will be,” Stell told her followers at the time. “I’m frustrated, I’m angry, and I feel like the women here deserve better than that. It doesn’t matter what side of the fence that you want to sit on, laws like this affect all women regardless of what situation you’re in and it’s not right.”

When Roe was overturned last month, Stell said it was her duty to share her story to those who might have similar experiences. After Stell told her story to CNN this week, Sen. Elizabeth Warren (D-Mass.) was among those to cite her as an example of how “Republican politicians are risking women’s health and safety.”


Stell said on Twitter this week that the experience almost 10 months ago is the reason she and her husband have decided that they would not try to have additional children in Texas. She told The Post that her two miscarriages put her at higher risk for a third.

“Our fear is that if I get pregnant and miscarry again that something will happen,” she said. “We just do not feel confident at all that we’ll get the care that we need in Texas if something were to happen.”
If the miscarriage hadn’t happened, Stell and her husband would have had a boy in May. They would have named him Milan. She thinks about what could have been when she reflects on her own story, and how she said she was made to feel like she had done something wrong when she was already grieving.
“It’s added trauma on top of trauma,” she said. “It’s important to share this story so people know how these laws affect all women.”

Something is missing from this thread.
Edit: just clicked on the link. Thank you OP.

EagleHawk said:
Something is missing from this thread.
Edit: just clicked on the link. Thank you OP.
Click to expand... 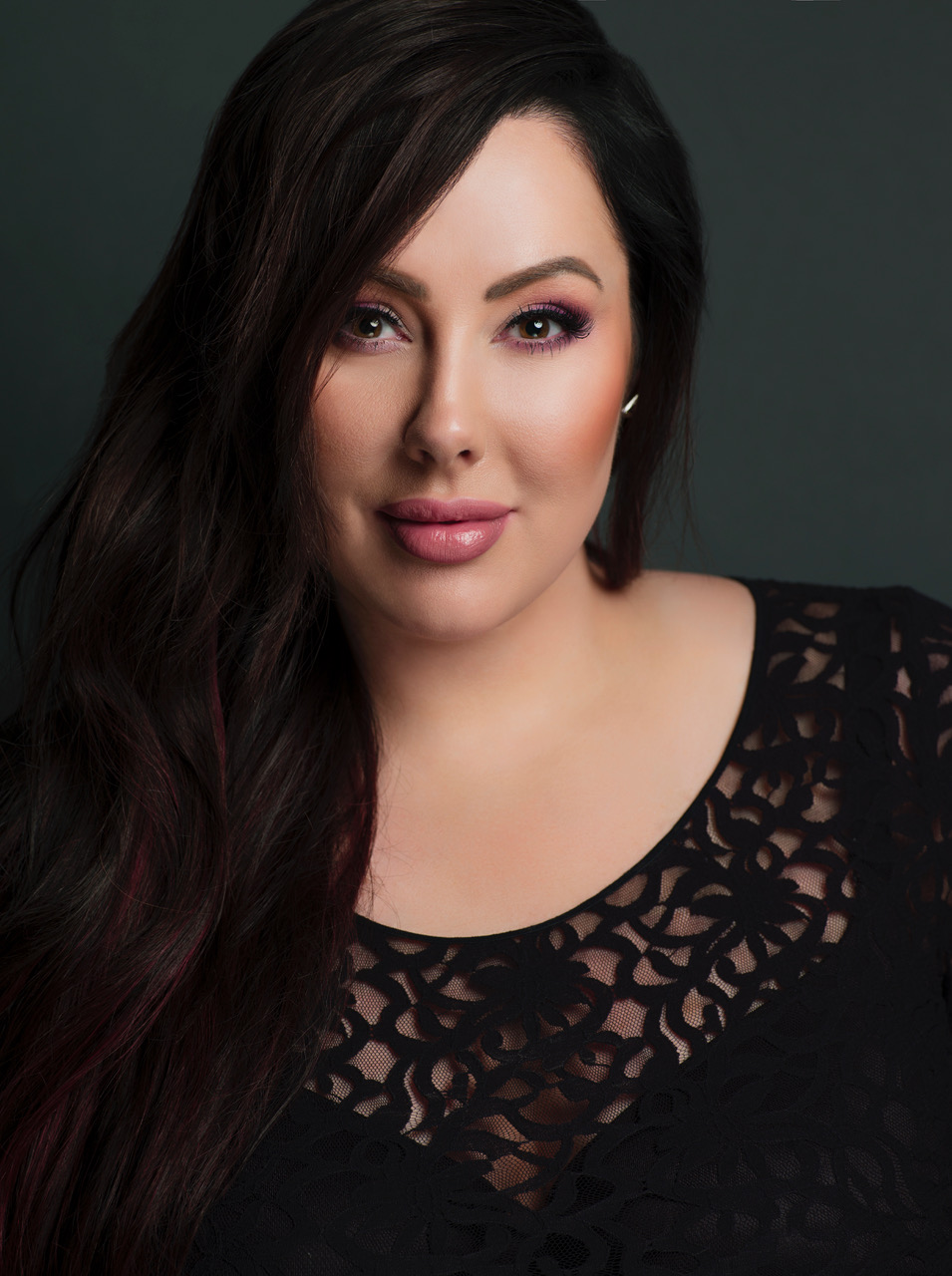 Small price to pay for such an important law.

Republicans have made it very clear that the suffering of women doesn’t matter.
Reactions: Wendy79 and cigaretteman

Louisiana says, let’s do this… 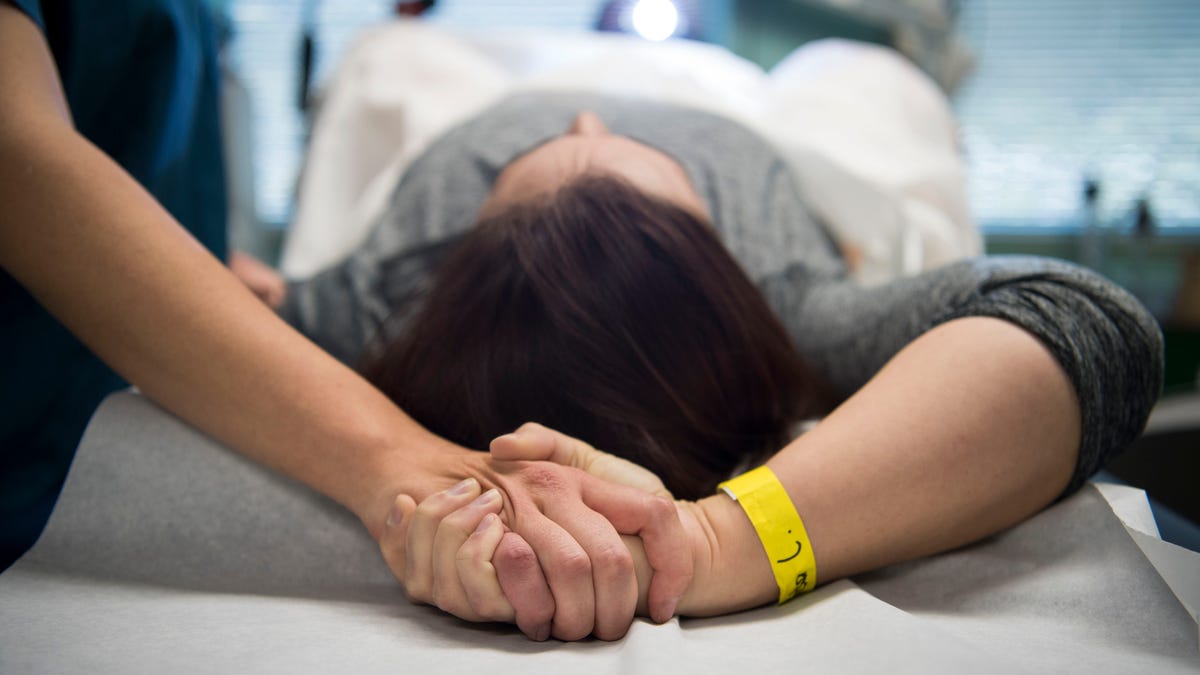 The doctor said the patient was “screaming—not from pain, but from the emotional trauma she was experiencing."

If she didn't want to carry around a dead fetus for 2 weeks then maybe dont have sex and get pregnant. Stupid libs.
Reactions: NoleATL and sob5
You must log in or register to reply here.

Another woman forced to travel for abortion or give birth to dead or certain to quickly die fetus...