Wrong is wrong, no matter how many people vote for it

My journalism career is going on its third decade. Too long, according to some sources. But one of the privileges it’s provided me is a chance to have a front-row seat as LGBTQ Iowans fought and gained civil rights in Iowa.

Before my career began, I was a House page who watched state representatives debate, in 1989, a bill that would add sexual orientation to the civil right code. It offered some of the most dramatic moments I’ve seen in the Legislature. It passed the House only to stall in the Senate. But even debating such a measure 33 years ago put Iowa ahead of the curve.

I was covering the Senate in 2004 when four Republicans joined with Democrats to defeat a constitutional amendment that would have banned same-sex marriage. It was a brave stand against their majority caucus. One GOP senator, Maggie Tinsman, lost her seat after taking that vote. Iowa had a law banning same-sex marriage, but the amendment never passed.

I was covering the Legislature in 2007 when a Democratic majority added sexual orientation and gender identity to the Iowa civil rights code, fulfilling the aspirations of 1989

I stood outside the Iowa Judicial building on a sunny morning in 2009 as I watched young Iowans bolt from the building smiling and waving papers over their heads. It was the Iowa Supreme Court’s Varnum ruling, unanimously striking down Iowa’s statutory same-sex marriage ban. I was in a hotel ballroom a short time later as the plaintiffs were told they had won a landmark victory.

Caught up in the historic moment, I wrote that marriage equality in Iowa was being built not on sand, but in stone. The rights of LGBTQ Iowans were gaining as fast as those kids running out of the Judicial Building. And it was all in keeping with Iowa’s tradition of trailblazing on civil rights.

Last weekend, just before Transgender Day of Remembrance on Sunday, a gunman attacked a LGBTQ nightclub in Colorado Springs killing five and injuring 25. A clear motive has not been established at this writing, but it’s understandable that the LGBTQ community feels unsafe and under siege across the nation and in Iowa.

“Many of us in the LGBTQ+ community have been saying for months that the amped-up rhetoric against us was going to get someone hurt or killed. It is disgusting to see politicians use marginalized people as a way to punch down rather than lift us up,” said C.J. Petersen, chairman of the Iowa Democratic Stonewall Caucus.


“The people who attack our families in the name of family values must recognize that our families have values, too. My husband and I are proud members of our church. We pay taxes. We proudly fly the flag on holidays. We love this state and our country,” Petersen said.


Reynolds signed legislation barring transgender girls from participating in high school and college sports, without evidence that their participation is an issue in Iowa. Nineteen other bills were filed in the Legislature in 2022 seeking to restrict LGBTQ rights, including one that would erase the victory in 2007 by removing gender identity from the civil rights code. The former president of the Iowa Senate accused the media and educators sticking up for transgender rights of having a “sinister agenda” to harm kids.


We’ve seen repeated efforts across the state calling for the removal of books the governor calls “pornographic” from school and public libraries. Lawmakers talked of sending educators to jail for making the books accessible.


A group of parents in Van Meter, according to the Des Moines Register, objects to the book “Melissa,” featuring a young student who identifies as a girl. The book was put on an optional reading list. They even objected to a math story problem featuring a same-sex couple.


In Maquoketa, citizens demanded that a teacher remove a pride flag and Black Lives Matter banner from her classroom. School Boards in several Des Moines suburbs faced demands to ban books, including works by LGBTQ authors. None of the books would be considered obscene under Iowa law.


In overturning Roe v. Wade, Supreme Court Justice Clarence Thomas suggested in a concurring opinion that marriage equality and other rights could be overturned. The U.S. Senate recently voted to move ahead with a statute that would protect marriage rights under federal law.


To her credit, Republican Sen. Joni Ernst voted to advance the bill. But GOP Sen. Chuck Grassley voted no, citing a threat to religious liberty.


“To be clear, there is no effort in Congress or the courts to overturn Loving v. Virginia, which recognizes interracial marriages, or Obergefell v. Hodges, which recognizes same-sex marriages. I don’t believe the Supreme Court would reverse these cases even if they were challenged, and I don’t believe it is prudent for politicians to imply otherwise in order to fabricate unnecessary discontent in our nation,” Grassley said in a statement.


The actual discontent in our nation and state is being fabricated by Republicans trying to scare a segment of Iowans for political gain. They’re capitalizing on the discomfort of Iowans who dislike the world as it is and want to live in a world that used to be, or never was. They’re scapegoating their fellow Iowans for problems that don’t exist. They’re using their vast power to target marginalized kids who can’t fight back. They have no concerns for the consequences, including violence, their dark, dishonest and ugly rhetoric will spawn.


“My husband and I are just like your family — we just want to be left alone, and free to live and raise our own family in peace. The Governor and her political party (of which I was once a member) must tone down their rhetoric,” Petersen said.


Just for writing this column, I know I’ll be called a “groomer” and worse. But that’s nothing compared to what it’s like for LGBTQ Iowans fearing for their basic rights and security.


It’s not going to get better at an even redder Statehouse. Those of us who reject fear and embrace the fight for rights need to speak up as loudly as the outraged forces seeking to pull us backward. School board elections are coming in 2023, and the stakes will be high.


The politicians and others peddling nightmares are not even remotely credible. Iowa has had marriage equality for 13 years. Where is the predicted polygamy? Where is the destruction of traditional marriage? Where are the harmed children and jailed pastors? The spiteful lies flow so easily from these loving Christians.


I don’t care who won the election. Wrong is wrong, no matter how many people vote for it. 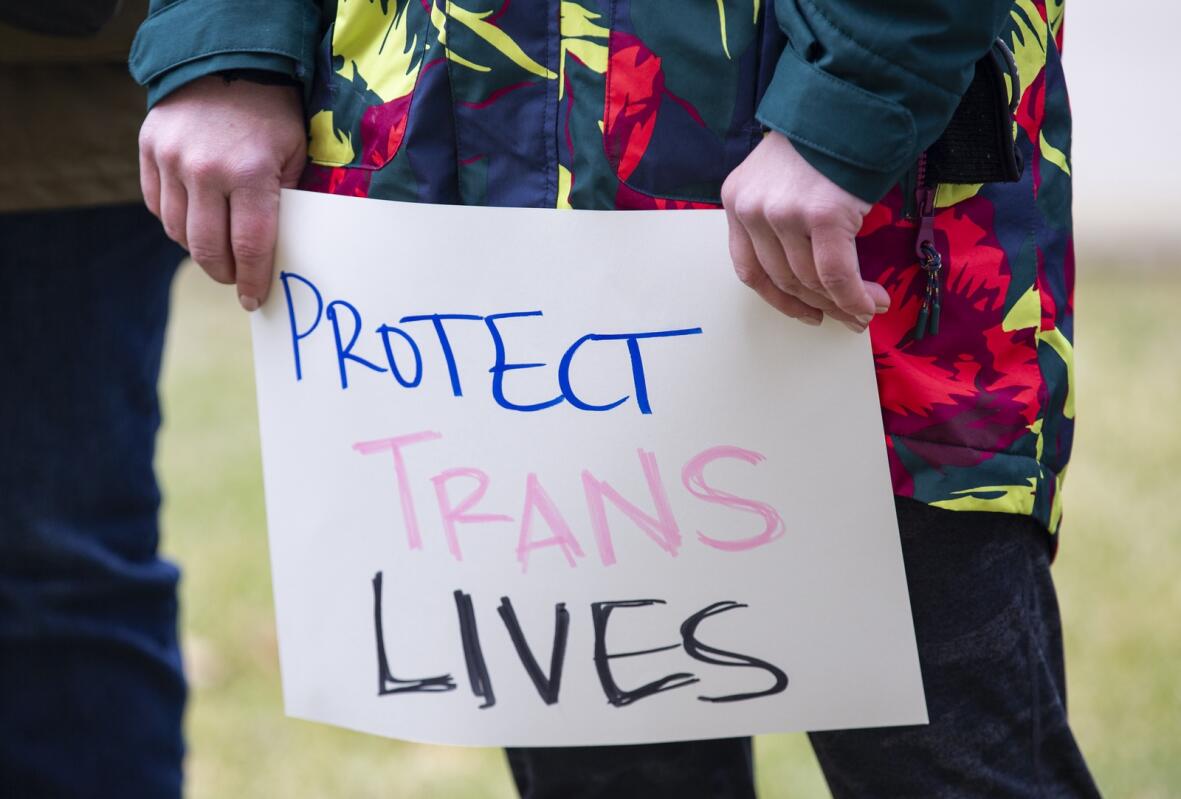 Wrong is wrong, no matter how many people vote for it

It’s not going to get better at an even redder Statehouse.

Wrong is wrong, but unfortunately Iowans don't care about the wrong.

Most Iowans today believe they stand for freedom when in fact they don't. Failure to recognize that obvious contradiction shows that wrong is nonexistent in the right wing opinion world.
Reactions: InsaneHawkJJP
You must log in or register to reply here.