You Just Can’t Tell the Truth About America Anymore

Sign up for the Jamelle Bouie newsletter, for Times subscribers only. Join Jamelle Bouie as he shines a light on overlooked writing, culture and ideas from around the internet. Get it in your inbox.
There is a dangerous censoriousness pulsing through American society. In small towns and big cities alike, would-be commissars are fighting, in the name of a distinct minority of Americans, to stifle open discussion and impose their views on the community at large. Dissenters, when they speak out, are hounded, ostracized and sometimes even forced from their jobs.
Defenders of this push for censorship say they are simply working to protect the nation’s children from prejudice, psychological distress and inappropriate material. “To say there were slaves is one thing, but to talk in detail about how slaves were treated, and with photos, is another,” said Tina Descovich, a leader of Moms for Liberty, a conservative group that seeks to enshrine “parental rights” into law. Descovich was speaking to The Washington Post in defense of Ron DeSantis, the governor of Florida, who is spearheading an effort to censor educators who teach, or even raise, certain politically incorrect issues in their classrooms.
One of these bills would give parents and state regulators broad authority to ban books or teachings that cause “discomfort” in students, and would put lessons on “the Civil War, the expansion of the United States to its present boundaries, the world wars, and the civil rights movement” under careful review. Another would permit parents to sue school districts that “encourage classroom discussions” on “sexual orientation or gender identity” in “primary grade levels or in a manner that is not age-appropriate or developmentally appropriate for students.” Critics say this language is so broad as to effectively outlaw any discussion of L.G.B.T. people in elementary school classrooms, or at the very least, strongly discourage teachers from raising those issues, regardless of context.
Pushed by militantly conservative activists — and heeding the demands of an increasingly censorious group of conservative voters — Republican lawmakers are, in states across the country, introducing bills that suppress debate and stifle discussion in favor of the rote memorization of approved facts.
Advertisement
Continue reading the main story


Last month, for example, the Indiana House of Representatives approved a bill — not yet signed into law — that would limit what teachers can say regarding race, history and politics in the state’s classrooms. Under the law, schools could be held liable for mentioning any one of several “divisive concepts,” including the idea that “any individual should feel discomfort, guilt, anguish responsibility, or any other form of psychological distress on account of the individual’s sex, race, ethnicity, religion, color, national origin or political affiliation.”
The bill would allow parents to allege a violation, file a complaint, sue and even collect damages (up to $1,000). It would also, in the name of transparency, create curriculum review committees for parents and require schools and teachers to post lists of material on websites for parents to inspect.
In South Carolina, lawmakers have introduced a bill — known as the Freedom from Ideological Coercion and Indoctrination Act — that would prohibit any state-funded institution from stating that “a group or an individual, by virtue of his or her race, ethnicity, sex, sexual orientation, national origin, heritage, culture, religion, or political belief is inherently racist, sexist, bigoted, ignorant, biased, fragile, oppressive, or contributive to any oppression, whether consciously or unconsciously.” If signed into law, this bill could make it illegal, for instance, for teachers and college professors in the state to criticize members of a white supremacist group since that affiliation might count as a “political belief.”
Schools that “repeatedly distort or misrepresent verifiable historical facts” or “omit relevant and important context” or “advertise or promote ideologies or sociopolitical causes or organizations” could face a loss of state funding, state accreditation or tax-exempt status. As for what these violations would actually look like? The bill does not say.
The most disturbing efforts to monitor schools and teachers for wrong-think involve actual surveillance. Bills introduced in Iowa and Mississippi would install classroom cameras that would stream lessons over the internet for anyone to observe. The Iowa bill, which died in committee this week, would have forced schools to place cameras in all K-12 classrooms, except for physical education and special-needs classes. Teachers and other staff members who obstructed cameras or failed to keep them in working order would face fines of up to 5 percent of their weekly pay for each infraction.

According to PEN America, more than half of the “educational gag orders” moving through state legislatures include a mandatory punishment for those found in violation.
Opponents of these bills say that the laws don’t encourage openness or promote respect in the classroom as much as they suppress speech, intimidate teachers and open the door to harassment or worse.
Already, in states that have actually enacted these bills, many teachers are opting for silence about certain topics, for fear of punishment. My colleagues in the newsroom have found multiple cases of teachers choosing to omit certain facts rather than run the risk of offending these laws, which are often vague and poorly written. As one history teacher in Oklahoma put it, “I am not going to let any of these laws deter me from the things that I think work best for students, but I also enjoy working with students and having a roof over my head.”
Free speech, free discourse and free debate are among the great traditions of this country. They are, at this moment, under threat from a well-organized, well-funded movement of ideologues who have used both the force of the mob and their own institutional power (including that of the state itself) to impose their edicts on the public at large.
Conservative censors and their allies see, in the present moment, an opportunity to reshape society to their liking and squelch the views of those who disagree. It is up to those of us who believe in the First Amendment and free speech to take a stand for American liberty, while we still can. 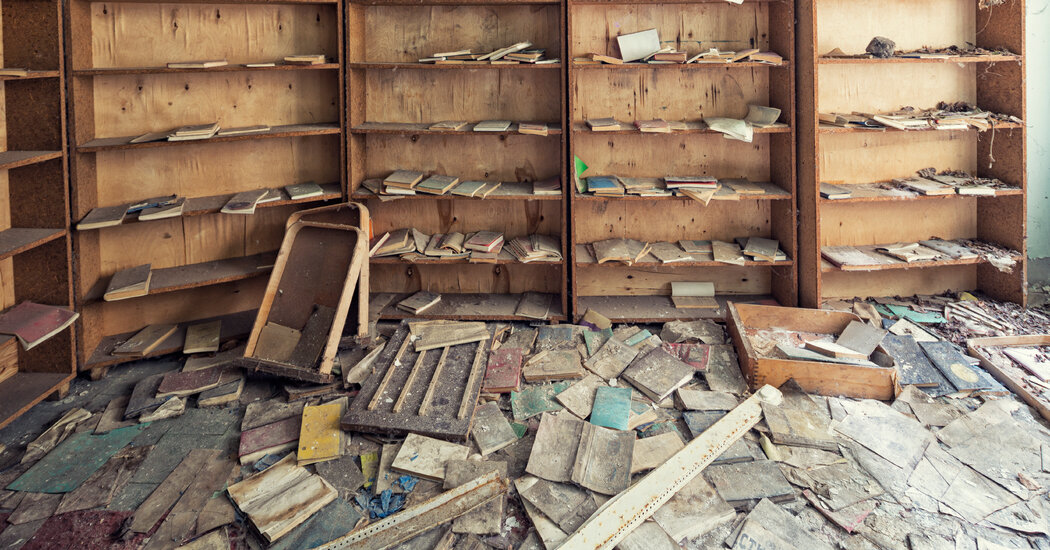 Opinion | You Just Can’t Tell the Truth About America Anymore

The teaching of history is under siege.

You're 71 huh. That explains a lot.
You must log in or register to reply here.

More than 1,250 teachers leaving Omaha districts: 'They can feel valued in a different job'

Drivers in Washington State Don’t Have To Stop for Cops Anymore...

Question for the teachers of Hort.