A diplomat in Russia’s mission to the United Nations in Geneva quit his post on Monday, expressing shame over Russia’s invasion of Ukraine and describing it as a crime against both countries.
Boris Bondarev, a counselor in the Russian mission since 2019 who described himself as a 20-year veteran of Russia’s Foreign Ministry, announced his resignation in an email sent to diplomats in Geneva on Monday. His resignation is the most high-profile gesture of protest so far made by a Russian diplomat over the war in Ukraine.
“For 20 years of my diplomatic career I have seen different turns of our foreign policy but never have I been so ashamed of my country as on Feb. 24 of this year,” Mr. Bondarev said, referring to the date that President Vladimir V. Putin sent Russian forces into Ukraine.
“The aggressive war unleashed by Putin against Ukraine and in fact against the entire Western world is not only a crime against the Ukrainian people but also, perhaps, the most serious crime against the people of Russia,” he added.
Advertisement
Continue reading the main story


Diplomats in Geneva confirmed that they had received the email. Mr. Bondarev, reached by phone after responding to a message on his LinkedIn account, confirmed sending it to several dozen colleagues at other missions and said he had tendered his resignation Monday morning.
Mr. Bondarev, 41, is listed as a counselor in the Russian mission on the website of the United Nations; he sent The New York Times a copy of his diplomatic passport to confirm his identity.
Russia’s mission to the United Nations in Geneva said that its spokesperson was not immediately available, but that it would soon issue a statement.
Mr. Bondarev, who dealt with disarmament issues and was described by Western officials in Geneva as a mid-ranking diplomat, delivered a bitter denunciation of Russia’s leadership.
“Those who conceived this war want only one thing — to remain in power for ever, live in pompous tasteless palaces, sail on yachts comparable in tonnage and cost to the entire Russian navy, enjoying unlimited power and complete impunity,” he said in a statement attached to his email to diplomats. “To achieve that they are willing to sacrifice as many lives as it takes.”

He added: “It’s been already three months since my government launched a bloody assault on Ukraine and it’s been very hard to keep my mind more or less sane when all about were losing theirs.”

He should have resigned three months ago, he said, when Russia invaded, but he had delayed because he had unfinished family business and “had to gather my resolve.”
Mr. Bondarev went on to deliver a stinging critique of Russia’s foreign service and its chief diplomat, Sergey V. Lavrov. The ministry had been his home, he said, but over the last 20 years the lies and unprofessionalism had reached levels that he described as “simply catastrophic.”
“Today the Ministry of Foreign Affairs is not about diplomacy. It is all about warmongering, lies and hatred,” he wrote, and was contributing to Russia’s isolation.
Mr. Lavrov was “a good illustration of the degradation of this system,” Mr. Bondarev said. In 18 years, the Russian foreign minister had gone from being a professional and educated intellectual esteemed by colleagues to threatening the world with nuclear weapons.
“I simply cannot any longer share in this bloody, witless and absolutely needless ignominy,” Mr. Bondarev wrote. 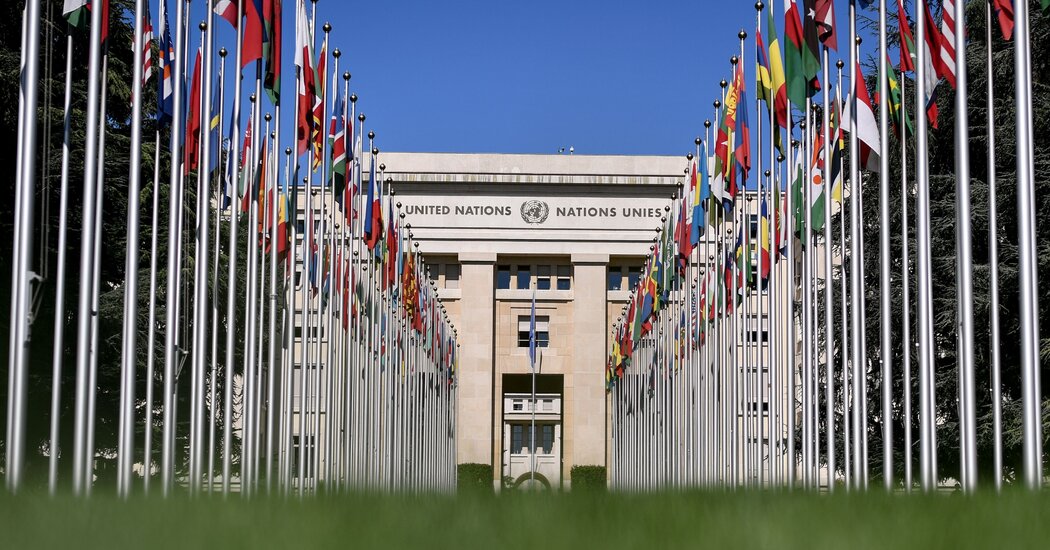 Boris Bondarev, a counselor at the Russian mission in Geneva, quit in a rare example of an official breaking with the Kremlin over its war in Ukraine.

Any resigning diplomat has to stay out of Russia until Putin dies. I'd defect if I were them.
Reactions: cigaretteman and mnole03
You must log in or register to reply here.

Russia misses a bond deadline, signaling its first default on foreign debt since 1918.