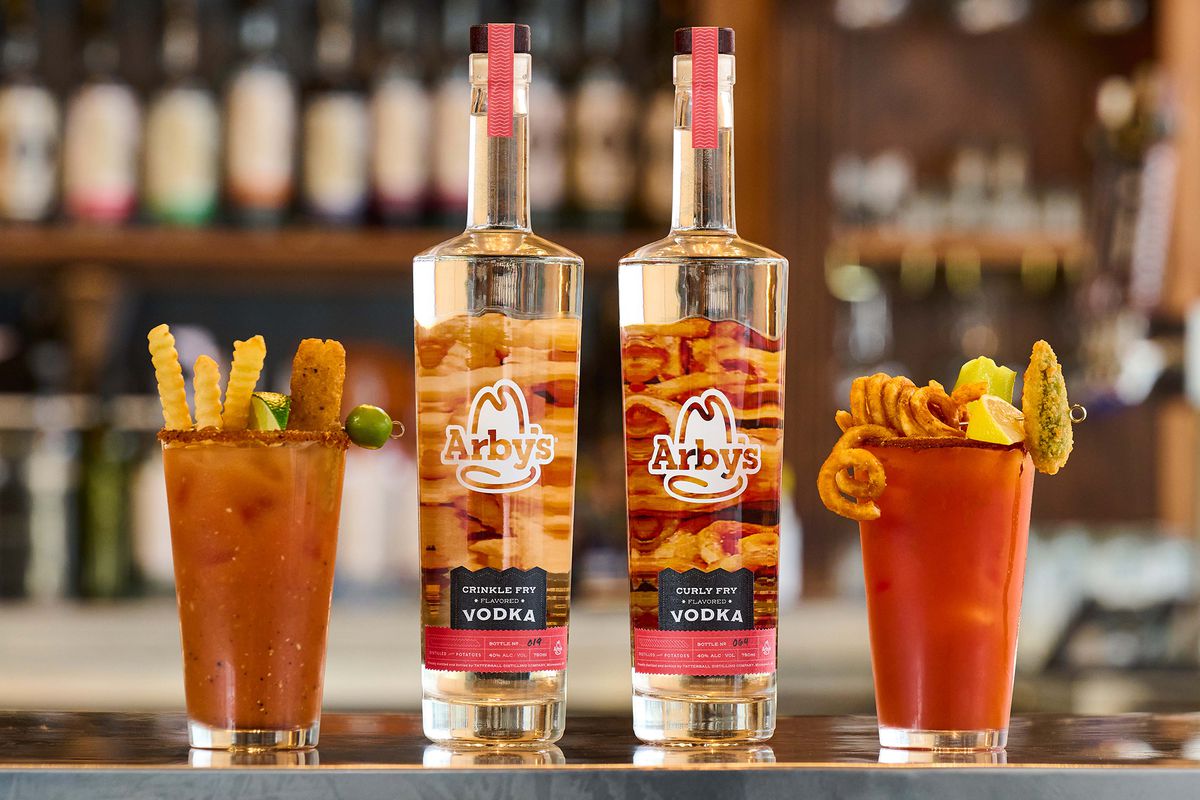 Do you prefer your booze in curly fry or crinkle fry form?

Do you prefer your booze in curly fry or crinkle fry form?
Fast food chains are always looking for funky promotional products to turn heads, and using booze can be both literally and figuratively buzz-worthy. Dunkin' has released its own beers. Taco Bell released its own wine. Heck, Sonic even jumped on the hard seltzer trend. But to the best of my knowledge, we've never had a true fast food-backed vodka… until Arby's came along and proved just how sensible this product may be.

The Curly Fry Vodka is billed as "a tribute to the mastery of crisp, spiced, curled potato," distilled with cayenne, paprika, onion, and garlic for a spirit that "preserves the distinctive and authentic tasting notes of the traditional Arby's Curly Fry. " Meanwhile, the Crinkle Fry Vodka is made with kosher salt and sugar to honor "the rich tradition of salted potato shapes."

On first blush, the whole thing may feel like an insane stunt, but Arby's points out that, like many vodkas, these products — which are distilled and bottled by Tattersall Distilling in Minneapolis — are made from potatoes… just like French fries. And as for these vodkas' perfect cocktails, Arby's suggests a Bloody Mary, which frankly, yes, a French fry Bloody Mary sounds incredible. 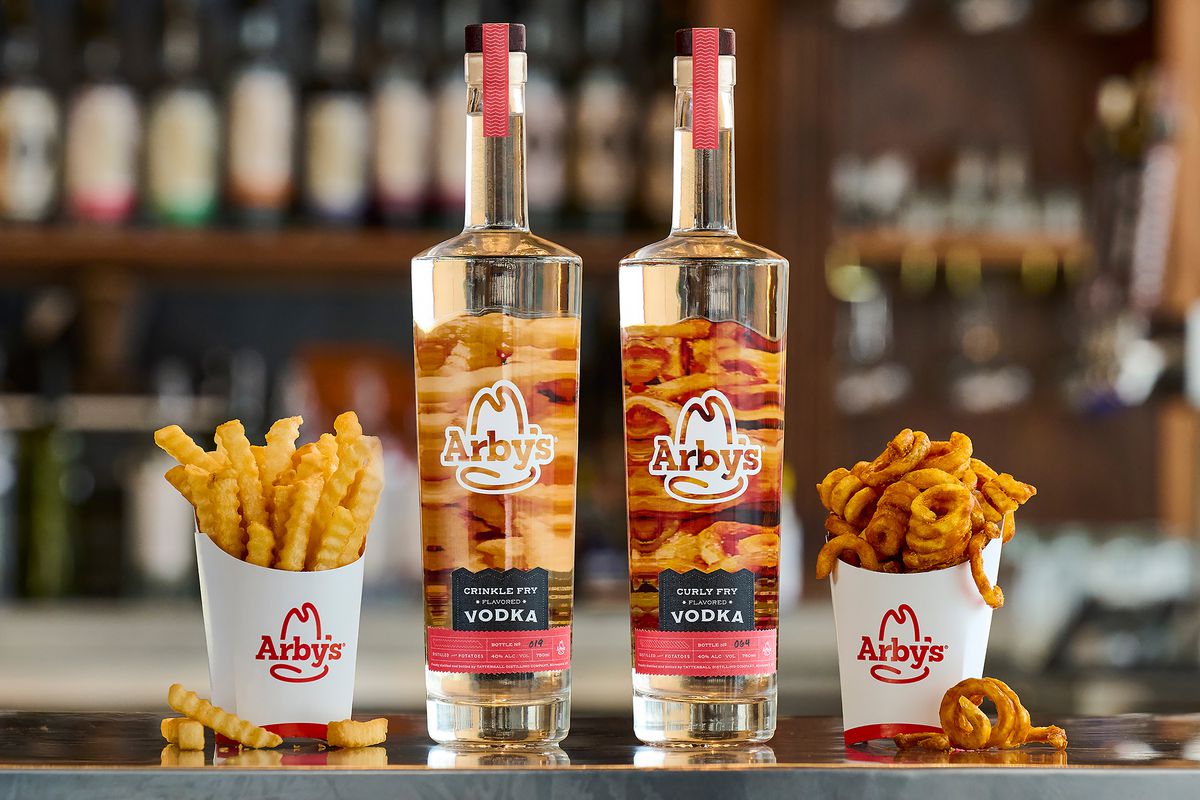 "Though we've mastered the art of drive-thru fries, we wanted to take it one step further – by making them 80-proof," Patrick Schwing, Arby's CMO, said in the announcement. "Being a potato-based liquor, this limited-edition vodka is infused with crinkle and curly fry flavor so Arby's fans can enjoy our menu from bag to bottle. And we've worked to Chef Justin Sutherland to create Arby's menu-inspired cocktails that pair perfectly with the new vodka flavor profiles."

If you want to snag the vodkas, Arby's says they'll go on sale on ArbysVodka.com at noon ET on November 18, followed by a second drop on November 22. Only "extremely limited" quantities will be available, meaning these are two spirits that will likely be very tricky to score. (Also worth noting, they can only be purchased in California, Connecticut, Florida, Idaho, Louisiana, Minnesota, Nebraska, Nevada, Oregon, West Virginia, Wyoming, and the District of Columbia.)

Pricing is $59.99 each with shipping included, though an Arby's spokesperson said that a small number will also be available to buy as a bundle during each drop for $119.98.

However, if you do get your hands on them, Arby's says keep an eye out on Chef Sutherland's and Arby's social media channels leading up to the release dates for videos on how to make Arby's signature Bloody Marys.
Reactions: ThorneStockton

It is conceivable they could be a decent basis for a Bloody Mary. Doubtful, but conceivable.

Ugh. What an awful idea. Someone heard "potato vodka" and thought that meant potato flavored vodka and was disappointed that it didn't exist when they searched high and low and so they willed it into existence and now we all have to imagine it and deal with that nails on the chalkboard feeling.

If they’re making a potato based vodka, they’re already ahead in my book.

Curly fry flavored vodka is what the Miami game deserves, though it’s not available in my state.
Reactions: dgordo
You must log in or register to reply here.

Would You, Martini style?