The University of Iowa associate dean who told Steven Arce he could no longer attend the UI medical school said Wednesday he was just the messenger - even though Arce subsequently tried to hire a hit man to kill him.


Dr. Christopher Cooper, an associate dean of the Carver College of Medicine and urologist at UI Hospitals and Clinics, said at Arce's sentencing in U.S. District Court that he wasn't involved in making the decision to dismiss Arce, who was failing classes and having 'struggles” in 2018.


Cooper had only met Arce when Arce was a first-year medical student but was the UI official who called Arce to deliver the medical school committee's decision.


Advertisment
He had no clue Arce was planning to harm him. He felt 'fear and disbelief” for himself and his family after learning of Arce's plans in December 2018.


Cooper said he couldn't imagine 'what I would have done to make someone feel that way.”


Arce, 36, of Cedar Rapids, previously pleaded guilty in federal court to selling firearms to a felon, but it was his underlying conduct - making inquiries about killing Cooper and another man - that increased his prison time from a possible three years to more than seven years.


Arce had offered to sell a confidential informant an AR-15 - a 'high powered rifle” - and a 9 mm handgun on Dec. 21, 2018, and Jan. 2, in Waterloo. Arce thought the informant was a felon, so he knew it was illegal for him to have firearms, the judge pointed out.


At one point, Arce then wanted to delay the killing for a few weeks until his appeal to regain admission to the medical school was completed. But he still wanted someone to assault Cooper, Williams said.

Arce, who was carrying a loaded handgun during his meetings with the informant, then decided to go through with the hit and wanted the informant to accept two machine guns as payment, Williams added.


Arce also asked the informant about killing another man, his ex-girlfriend's boyfriend, which also is conduct not considered in the guidelines, Williams noted.


Williams concluded Arce was an 'extreme danger to the public” and that he was going above the advisory sentencing to 90 months, or seven-and-a-half years.


Arce, during sentencing, said he was 'ashamed” of himself and the pain he had caused his fiancee and family. He admitted to having mental and addiction issues but has overcome addiction before and knows he can again.


Arce also said he plans to pursue another graduate degree and help others once he is released from prison. He also plans to remain 'clean and sober.”


During the investigation, a confidential informant said Arce on Dec. 21, 2018, had several firearms at a house on Ninth Street in Waterloo. He offered to sell the informant an AR-15 and a 9 mm handgun, according to the plea agreement.


Investigators arranged for the informant to buy the rifle, according to the plea.


On Jan. 3, the hit man - actually an undercover special agent with the Iowa Division of Narcotics Enforcement - met with Arce, who brought up killing his girlfriend's ex-boyfriend.


Authorities searched Arce's residence Jan. 14 and recovered two guns in working order - a handgun on the nightstand and a rifle under the bed, according to the plea agreement.


Officers also found a box of gun parts, which a criminalist said could be assembled into a machine gun but had one missing part, the plea shows.


During the federal investigation, a detective from the UI police, said the medical school had a call in early December about Arce being suicidal, according to court documents. Officers contacted Arce and allowed him to leave after officers determined he was not a threat to himself.


Two months earlier, on Oct. 3, Arce had been arrested in Black Hawk County on charges of operating while intoxicated and carrying weapons. Those charges are still pending.


Williams, during sentencing, said the 90 months would run consecutively to any sentence in the Black Hawk County case. 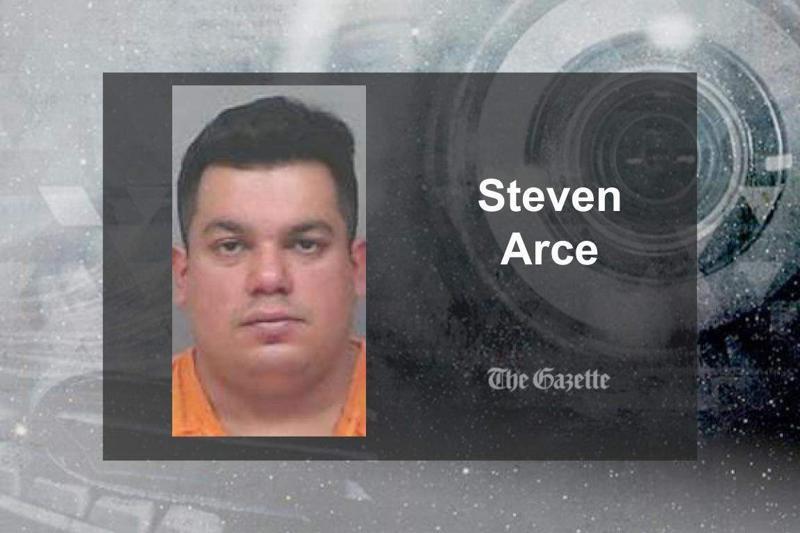 This sounds eerily similar to the guy from Creighton who killed 4 people because he was fired from his residency. One was an 11 year old boy

I wonder who interviewed and accepted Doogie Howser.
Reactions: EvilMonkeyInTheCloset

GOHOX69 said:
I wonder who interviewed and accepted Doogie Howser.
Click to expand...

I wonder about sending someone who barely knew the medical student to drop the hammer?
Reactions: EvilMonkeyInTheCloset and GOHOX69

Looks like someone is going to have to delay opening their chiropractic clinic for a few years.
Reactions: GOHOX69

I keep saying that outside of people who do this sort of work for an organized crime syndicate, that hitmen selling their services repeatedly to the public at large is a myth.

There are also of course people who will do the deed for friends/lovers.
Reactions: EvilMonkeyInTheCloset and cigaretteman

He'll be taking it up the Arce at the University of Anamosa....
Reactions: GOHOX69

I used to work with Chris Cooper and his son was a teammate and classmate of my youngest son, they both graduated from City High last year. My jaw dropped when I heard about this last year, I was completely shocked. Glad nothing happened to him because he's a helluva nice guy along with being a very competent physician.
Reactions: 3boysmom, GOHOX69 and cigaretteman

It''s shocking to me that someone who tries to hire a hitman to kill multiple people only gets 7 years in prison. Seems like it should be 30+ years.
Reactions: Tenacious E and CarolinaHawkeye

Arce thought the informant was a felon, so he knew it was illegal for him to have firearms, the judge pointed out.
You must log in or register to reply here.