Idaho man dies while fighting as volunteer in Ukraine...

BOISE, Idaho (AP) — In the days since Dane Partridge was fatally wounded while serving as a volunteer soldier in Ukraine, his sister has found moments of comfort in surprising places: First, a misplaced baseball cap discovered in her laundry room, then in a photo of a battered pickup truck with only one tire intact.

The 34-year-old Idaho man died Tuesday from injuries sustained during during a Russian attack in Luhansk.

A former U.S. Army infantryman, Partridge felt “spiritually called” to volunteer with the Ukranian military as they defend the country from invading Russian forces, his sister Jenny Corry said. He flew to Poland on a one-way ticket in April, his rucksack packed with body armor, a helmet and other tactical gear.

“Made it to the embassy, getting on a bus for the border,” Partridge wrote on his Facebook page on April 27. “From this point on I will not likely be giving locations or actions for opsec reasons. I will let you all know I’m alive.”

Partridge joined a military unit that included several volunteers from other countries, Corry said, the men mostly relying on interpreters to communicate. Partridge and his fellow soldiers were in Severodonetsk, a city in the Luhansk region, when he was hit in the head with shrapnel during an attack by Russian fighting vehicles, Corry said.

The unit had no stretchers and was still under attack, Corry said, but Partridge’s fellow soldiers carried him out on a blanket and loaded him and other injured colleagues into a drab-painted pickup truck to rush them to safety.

“I have a picture of the truck,” Corry said in a phone interview Friday. The photo shows a drab-painted pickup with shredded rubber hanging off the wheel hubs. All but one of the tires were destroyed in the grim rush to safety.

“As a family, we really like that picture of the vehicle — it speaks to the bravery of how they tried to save their men, and the way they pushed that vehicle to its last leg just to get to the hospital,” she said. “It speaks volumes.”

Partridge leaves behind five young children. Corry deflected questions about the children and some other parts of Partridge’s life, saying the family had jointly agreed to focus on his military service out of respect to those “who are still living and still affected by his personal life.”

“We want to just focus on the good that he did and don’t want to mention any personal things,” Corry said in a phone interview Friday.

Military service has been a large part of Partridge’s life. He was the youngest of five kids, and his father was a member of the U.S. Air Force. As a child, Partridge liked to dress up in his dad’s oversized camouflage uniform and play “army guy” in the dirt, Corry said.

By the time he’d graduated high school, Partridge had grown into a gregarious man with a booming voice and a joking personality, she said.

“When he showed up, you knew he was there. He had a bigger personality,” she said. “If somebody was sad, he was going to make sure he cheered them up. He liked to spend quality time with people.”

He didn’t talk a lot about his experiences in Iraq, but she knew some of it weighed heavily on him throughout his life.

“He was a Humvee driver, and when he was training they told him that as the driver if he tried to save himself his men would likely be killed, but if he saved his men then he would most likely be killed,” Corry said her brother told her. “That was something that sat deeply with him.”

Still, it was the battlefield where Partridge thrived. Corry believed the adrenaline, the sense of purpose and the heightened feeling of service is what drew him in.

“It was almost as if he could tell he had a greater purpose to fulfill,” she said. “Sometimes it was harder for him to mesh in the civilian world.”

When Russia invaded Ukraine, Partridge felt a need to help the Ukranians. He was a member of the Church of Jesus Christ of Latter-day Saints, and believed that he was being spiritually called to join the fight, she said.

“He believed it with every fiber of his being, and he wanted to honor his God,” she said.

He stayed with Corry for a time before he made the trip to Ukraine. After she left, she found his camouflage baseball cap had been left in her laundry room. It was strange, she said, because he was very neat and organized, and never left things lying around.

“I just kind of set it to the side, and it sat there for a while,” she said, pausing for a shaky breath. “And the day I decided to pick it up and wear it because I wanted to feel close to him is the day that he died.”

Partridge’s family knew he might not come home. A few encouraged him to think on his decision a little longer, but Partridge was intent on serving, she said.

“We’re sad, but because of the circumstances it was already a thought that he could pass away. It wasn’t like we were blindsided,” Corry said. “In a way, it was something that we had to understand when he went over there.”

Partridge was in a coma and on life support for eight days before he died. Family members had a chance to say goodbye, long-distance, before he passed, she said.

The family is raising money to try to bring Partridge’s remains back home to be buried in Blackfoot, Idaho. They also hope to raise money to replace the truck his unit used to bring Partridge to the hospital, and to purchase other vital supplies for his unit, she said.

“We just want to do something to pay the men back,” Corry said.

At least four other U.S. citizens have been killed while fighting in Ukraine, based on reports from their families and the U.S. State Department. The Ukrainian government has recruited people with military experience to join the International Legion for the Territorial Defense of Ukraine. 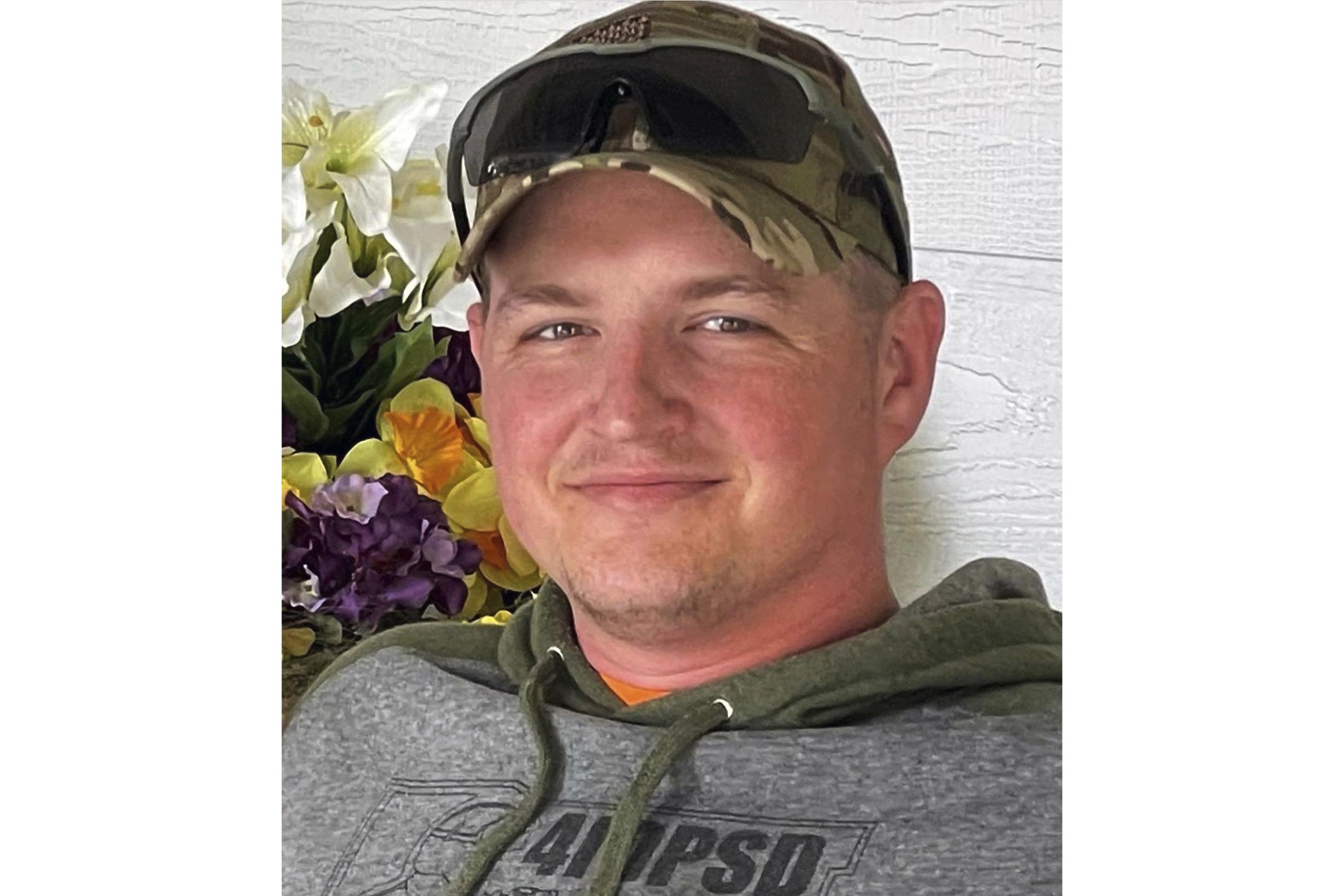 Idaho man dies while fighting as volunteer in Ukraine

BOISE, Idaho (AP) — In the days since Dane Partridge was fatally wounded while serving as a volunteer soldier in Ukraine , his sister has found moments of comfort in surprising places: First, a misplaced baseball cap discovered in her laundry room, then in a photo of a battered pickup truck with...

Patriot. Ts and Ps to the family.
Reactions: Hawkfan_08

I wonder if life insurance pays out if you die as a war combatant?
H

True patriot, went down fighting tyranny…much respect and thoughts to his friends and family.

Near the Big Eddy

The Tradition said:
I wonder if life insurance pays out if you die as a war combatant?
Click to expand...

Not sure it will pay anything

He fought the good fight. Pretty clear “good” and “bad” sides to this conflict.

Leaving 5 children behind gives me a little pause though. Not trying to be an ass but family comes first…at least in my priority list.

He must have had a real soul deep need to do this.

Those kids can be proud of their Dad.

binsfeldcyhawk2 said:
He fought the good fight. Pretty clear “good” and “bad” sides to this conflict.

Leaving 5 children behind gives me a little pause though. Not trying to be an ass but family comes first…at least in my priority list.

He must have had a real soul deep need to do this.

Those kids can be proud of their Dad.

I was all in on giving him props for standing up for what he believed in, fighting tyranny, etc., but then I saw the line about leaving behind five kids. Seems like a poor decision to go voluntarily go fight for other people while risking putting your own family in a worse situation.

I get that I don't understand what it's like to be a soldier, and I wouldn't pretend to know, but don't you need to look after your own first?
Reactions: NoleinATL, Chuck C and binsfeldcyhawk2
3

TunzaHawk said:
Not sure it will pay anything
Click to expand...

id assume Ukraine will…. They were paying medics like 2k a day when the war first started

Private military contractors see surging demand in Ukraine - but could the work turn mercenary?
www.bbc.com
You must log in or register to reply here.