Reynolds is holding her large lead even as more Iowans solidify their support behind one of the two major-party candidates. Reynolds also enjoyed a 17-point margin in the previous Iowa Poll in July, even though her overall support was lower in that poll, at 48%, versus 31% for DeJear.

Fewer Iowans now say they’re undecided or would vote for “someone else,” but support for both Reynolds and DeJear increased equally — by 4 percentage points — since the July poll. 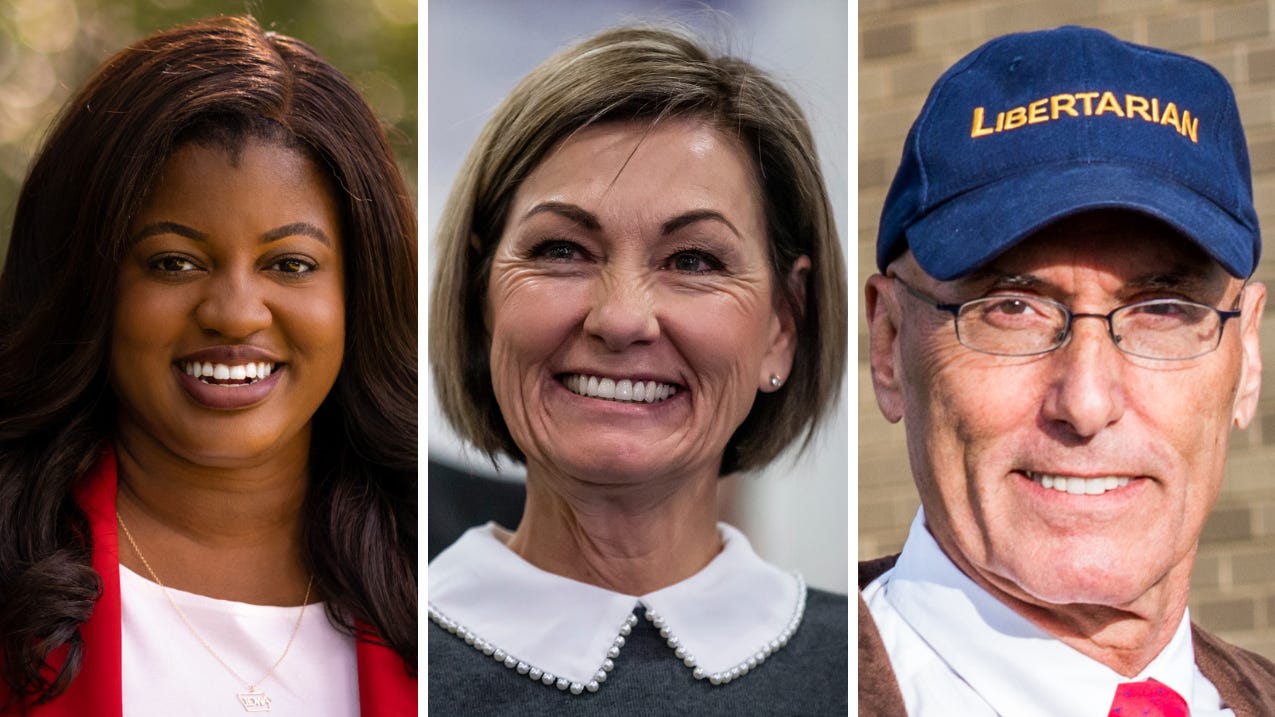 Among all Iowans, Kim Reynolds enjoys her highest approval rating since fall of 2021, at 53%, the Iowa Poll finds.
www.press-citizen.com
Reactions: Ree4

Best in the country.

Congrats Iowa residents. You have a good one. Not as good as my governor though
Reactions: your_master5
You must log in or register to reply here.