IOWA CITY, Iowa -- University of Iowa true freshman running back Kaleb Johnson has been named Big Ten Offensive Player of the Week and Freshman of the Week following his performance in the Hawkeyes’ 24-3 win at Purdue on Nov. 5. The announcement was made Monday by the Big Ten Conference office.

The dual Big Ten honors are the first for Johnson after he led Iowa’s ground game against the Boilermakers. Johnson rushed 22 times for 200 yards and one touchdown. His touchdown covered 75 yards and came on the second play of the third quarter as the Hawkeyes increased their margin to the eventual final score.

Johnson (6-foot-0, 212-pounds) had career bests in rushing attempts and yards, along with a career best with two receptions for 17 yards. The 200 rushing yards are the 18th-most in a single game in program history, the second-most by a Hawkeye freshman all-time (Marcus Coker, 219 vs. Missouri, Insight Bowl) and the first by an Iowa player since 2015.

Johnson is the first Hawkeye freshman since Coker in 2010 to have two 100-yard rushing games, as he rushed seven times for 103 yards and two touchdowns in Iowa’s win over Nevada. The 75-yard score is Iowa’s longest rush from scrimmage since Tyler Goodson’s 80-yard touchdown run against Wisconsin in 2020.

Johnson, a native of Hamilton, Ohio (Hamilton High School) is Iowa’s leading rusher on the season with 96 attempts for 553 yards and four touchdowns. He is second on the team with 24 points and is averaging 24.6 yards on 11 kickoff returns.

Johnson is the fourth Hawkeye to be honored this season. Punter Tory Taylor earned special team honors on two occasions (South Dakota State, Rutgers) and defensive back Kaevon Merriweather earned defensive honors for his play at Rutgers. Kicker Drew Stevens earned Freshman of the Week honors for his play in the win over Northwestern.

every time I see him run it... 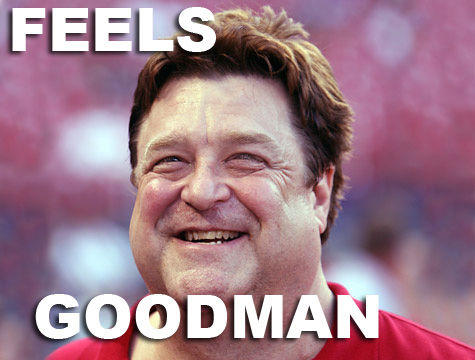 I would’ve bet $1 million Iowa wouldn’t have a B1G offense player of the week this season. Kudos to all.
Reactions: LampoonYou, Buffalo43, isuisshit and 7 others

Per Chad Leistikow, KJ & Marcus Coker are the only freshmen to crack 200 yards in a game in Iowa history.
Reactions: Buffalo43, BustingNarratives, Phenomenally Frantastic and 2 others
L

I keep forgetting that he is a TRUE Freshman!
Reactions: pink shizzle, NevadaHawk, Franisdaman and 1 other person
H

That young man is a stud! Congrats to him. He made that breakaway run look so effortless! I'm looking forward to watching more in the future.
Reactions: Hammer93

Congrats Kaleb on the double honor.

Congrats to him and hope he has a very good career.

This picture is from Oct 10, 2021, when he visited Iowa City. 2 days later he committed to the Hawks.

No wonder they call him Superman. 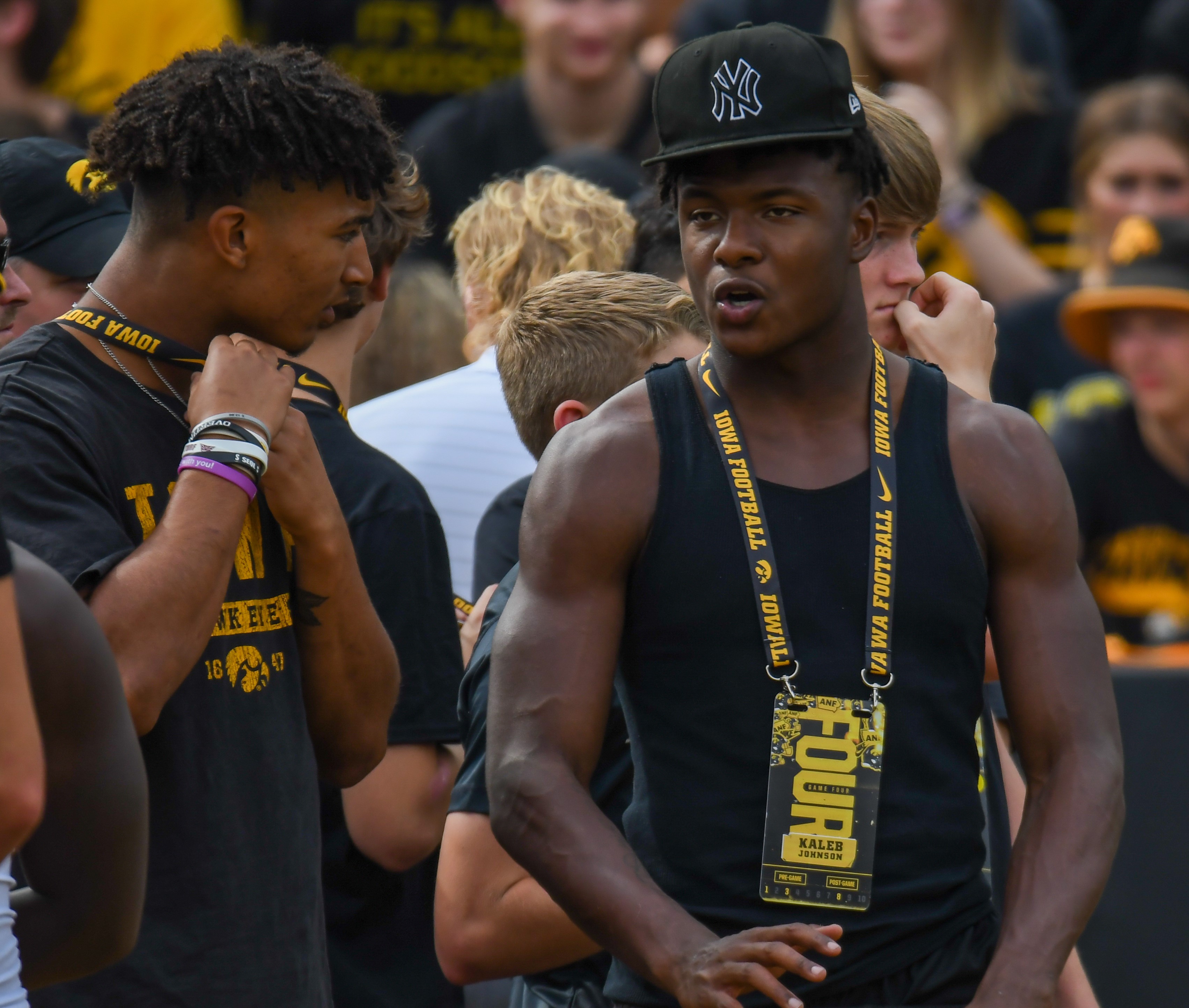 Reactions: nelly02, atkins 23, SoonerBeAHawk and 4 others

his running style and form is very reminiscent of Shonn Greene's. here's hoping he has the same level of success!

Franisdaman said:
Per Chad Leistikow, KJ & Marcus Coker are the only freshmen to crack 200 yards in a game in Iowa history.
Click to expand...

What an amazing athlete this dynamic young playmaker truly is. And, he is a true freshman. Imagine the kind of elite player he will be next year! Well done Kaleb!

get him involved in the PASSING GAME! That will be very hard to defend, with his speed!

We can do to Wisconsin what they have often done to us....beat them with a great RUNNING BACK
Reactions: atkins 23 and bowlhawk

So fun to watch.
Reactions: Franisdaman

How often has a player won both of those awards the same week? Impressive.
Reactions: Franisdaman
B

Quintana said:
his running style and form is very reminiscent of Shonn Greene's. here's hoping he has the same level of success!
Click to expand...

Buffalo43 said:
Upright runner for sure always him to see the openings a split second longer than hit that gap Leveon Bell ish
Click to expand...

Allows not always sorry long day at work
You must log in or register to reply here.