the latest U.S. education news. Get it sent to your inbox.
On March 31, the first period bell at Northwest High School in Grand Island, Neb., had just rung when the principal walked into a journalism classroom adorned with punctuation posters to deliver a new rule directly from administrators.
Students, including at least three who were transgender, were ordered to use the names they were given at birth for bylines because using their preferred names was “controversial,” according to a former student who was in the classroom and a lawyer for the Student Press Law Center.
In response, the student journalists dedicated their final issue in June to L.G.B.T.Q. issues, writing two columns on the topic and a news article about the origins of Pride Month. Then, after publication, the school retaliated, said Mike Hiestand, the Student Press Law Center lawyer.
Advertisement
Continue reading the main story


Northwest Public Schools administrators and the superintendent, Jeff Edwards, shut down its newspaper program in June, infuriating student journalists and press freedom advocates who have denounced the move as censorship.

“I think they said that if they can’t stop it, can’t control it, then they’re just going to get rid of it,” Mr. Hiestand said of the school officials.
The elimination of the program and the student newspaper, Viking Saga, was first reported by The Grand Island Independent on Wednesday. The paper, which had about 15 students on staff, had been in print for 54 years at Northwest High, which has about 700 students and is the district’s sole high school in Grand Island, a small city about 95 miles west of Lincoln, the state capital.
Mr. Edwards and Tim Krupicka, the former principal, did not respond to emails and calls seeking comment last week. Mr. Edwards told The Independent that cutting the program was an “administrative” decision.
Zach Mader, the vice president of the Northwest Public Schools board, declined to comment last week. But he told The Independent that there had been talks of “doing away with our newspaper” if the board saw content deemed “inappropriate.” He said that when the final issue came out, there had been “a little bit of hostility amongst some.”

“There were editorials that were essentially, I guess what I would say, L.G.B.T.Q.,” Mr. Mader told The Independent.

Max Kautsch, a First Amendment rights lawyer who works on media law cases in Nebraska and Kansas, said by phone that Mr. Mader’s comments were evidence of discrimination against a certain viewpoint and censorship.
“The motives aren’t a mystery,” Mr. Kautsch said. “The motives are to squelch the opinion of students who feel positively toward L.G.B.T.Q. movement.”
The shuttering of the paper was the latest instance of students contending with school officials seeking to prevent the distribution of yearbooks or the publication of articles, particularly in cases dealing with L.G.B.T.Q. issues.
In May, school officials in Longwood, Fla., ordered stickers to be placed over a photo spread in the Lyman High School yearbook showing students protesting a new state law that prohibits classroom instruction and discussion about sexual orientation and gender identity in some elementary school grades.
Last August, school officials in Arkansas removed a two-page year-in-review spread from one high school’s yearbook that mentioned the pandemic, the murder of George Floyd and the 2020 election.
“It’s something we’re definitely seeing more of,” Mr. Hiestand said.
At least 16 states have laws intended to safeguard school publications from interference. A similar measure died in the Nebraska Legislature this year.
Advertisement
Continue reading the main story


Marcus Pennell, 18, is a transgender man who was among the students in the newspaper class at Northwest High this spring. He graduated this year and said by phone that the administrators’ decision to shut down the school’s newspaper was disheartening.

“Honestly, I felt so defeated,” Mr. Pennell said.
He added that his journalism teacher, Kirsten Gilliland, who declined a request for comment last week, delivered the news to students in June, saying: “I don’t know who, or really why, but this is what happened.”
In the final issue, which featured two rainbows on the front page, Mr. Pennell wrote an editorial that appeared under the name he was given at birth, Meghan, as dictated by the school’s new policy. In it, he discussed Florida’s “Don’t Say Gay” bill, writing, “The more resources students have available to put into words what they are feeling, the more ready they’ll be for anything, or any person, that life throws at them.”
Students who had enrolled in the journalism class this fall were put in other classes, Mr. Hiestand said. Mr. Pennell said a friend of his was switched into a random “animal science class.”
It was unclear if students and their parents planned to pursue litigation in the hopes of reinstating the newspaper and journalism program. Mr. Hiestand said it was “something that is being contemplated, but I think it is a ways off.”
Mr. Pennell said he felt bad for the students who may never experience the thrill and pressure of deadlines inside Northwest High.
“It would be nice if the paper could come back,” he said. “But obviously that’s out of my hands and out of our hands.” 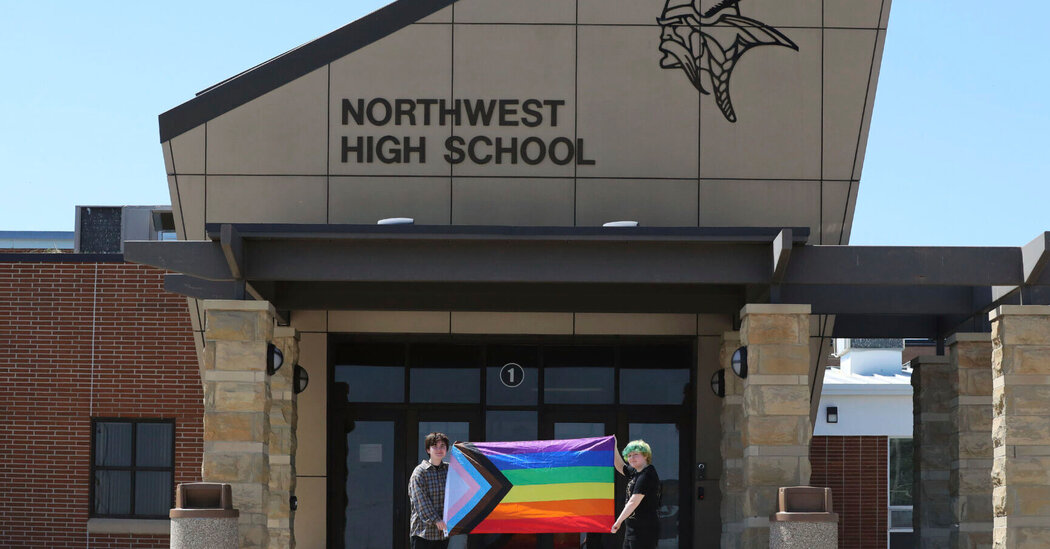 In its final edition, the paper at a high school in Grand Island, Neb., published two opinion columns focused on L.G.B.T.Q. issues.

I support the students "sticking it to the Man", but they had to expect that the Man would end up winning that battle. It's not a John Hughes movie where in the end all the adults realize what they did was wrong, and everyone reconciles for one final "lesson learned" moment.
Reactions: fsu1jreed, FSULongM, TarponSpringsNole and 3 others

NDallasRuss said:
I support the students "sticking it to the Man", but they had to expect that the Man would end up winning that battle. It's not a John Hughes movie where in the end all the adults realize what they did was wrong, and everyone reconciles for one final "lesson learned" moment.
Click to expand...

I still feel bad 30 odd years later that my HS journalism teacher got fired after my Sr year because she wouldn't censure us. Not that what were writing was very controversial, but any criticism of the school or administration was not tolerated. This was old school texas and our prinicpal was a former HS football coach who tried to run the school like a texas HS football team. We were military brats and were a bit more outspoken than he cared for.
Reactions: fsu1jreed, NDallasRuss, cigaretteman and 1 other person

So much for freedom of the press. That being said, I'm in before inbred northernhawkeye blames the liberal min stream media.
Reactions: lucas80
S

Scary fairies up to it again. Gotta shut them down to appease the mighty Christians

Huey Grey said:
Scary fairies up to it again. Gotta shut them down to appease the mighty Christians
Click to expand...

When will these groups respect each other? Sad times. This story in Nebraska and now I read a Straight Pride parade is attacked by anti-straight hooligans. We need to do better and respect each other’s choices.

FAUlty Gator said:
When will these groups respect each other? Sad times. This story in Nebraska and now I read a Straight Pride parade is attacked by anti-straight hooligans. We need to do better and respect each other’s choices.

Funny, because I read that the Proud Boys showed up and crossed the line the police had setup to separate the two groups to go after the LGBTQ group, which is what sparked the whole thing.
Reactions: FlickShagwell, NDallasRuss and cigaretteman

FAUlty Gator said:
When will these groups respect each other? Sad times. This story in Nebraska and now I read a Straight Pride parade is attacked by anti-straight hooligans. We need to do better and respect each other’s choices.

"Cops have just declared an unlawful assembly aftee the fash showed up."

I don't know what this means. Who is/are the fash?

Also, what does this have to do with a student newspapered getting cancel cultured?
Reactions: cigaretteman

CarolinaHawkeye said:
So much for freedom of the press. That being said, I'm in before inbred northernhawkeye blames the liberal min stream media.
Click to expand...

What's the "min stream media"? Is this something new?

As a matter of protest they can take the school newspaper and line their litter boxes with it.
Reactions: cigaretteman

I don't know what this means. Who is/are the fash?
Click to expand...

Fashion police.
You must log in or register to reply here.

Former Gaetz Confidant Is Sentenced to 11 Years in Prison