The Saudi government is confiscating toys, clothes and other items bearing rainbow colors it says evoke the well-known Pride flag and promote homosexuality in children.
It’s the latest crackdown by Saudi Arabia and some of its neighbors on objects and forms of art and expression that feature gay characters or are seen as promoting LGBTQ rights, including superhero movies not being shown in Saudi cinemas because they feature same-sex couples and hundreds of kites confiscated in Syria for their many colors.
Are you on Telegram? Subscribe to our channel for the latest updates on Russia's war in Ukraine.
The Saudi Commerce Ministry posted a video on Twitter this week that shows its officials going through stores and inspecting toys, backpacks and other items for rainbow hues.
Tokyo moves to allow same-sex partnerships, but not as legal marriage
“Our supervisory teams make the rounds of sales outlet and seize and confiscate products that contain symbols and signs that call for aberration and contradict correct nature, and impose penalties on facilities in violation,” the post said, using a derogatory word to refer to homosexuality.

The Commerce Ministry did not respond to a request for comment from The Washington Post.
The crackdown was also chronicled by the state-owned television channel Al Ekhbariya, with a reporter following ministry staffers through shops in the capital, Riyadh, as they confiscated toys, hats and other accessories, while ominous music played in the background.
A ministry employee said of one item that it “indirectly promotes homosexuality,” and a voice-over said the toys “are nothing but poisoned messages that target the innocence of children.”


The U.S. State Department in its latest annual report on human rights flagged “reports of official and societal discrimination, physical violence, and harassment based on sexual orientation or gender identity in employment, housing, access to education, and health care” in Saudi Arabia.


President Biden is set to visit the oil-rich country in July to attend a summit of several Arab heads of state.
The crackdown follows reports that the latest offering from Marvel Studios — “Doctor Strange in the Multiverse of Madness” — will not be shown in Saudi cinemas because it briefly features a same-sex couple, much the way Marvel’s early “Eternals” film wasn’t shown, or “West Side Story” for similar reasons.

Saudi Arabia’s Culture Ministry did not respond to a request for comment from The Post. Disney, the owner of Marvel, did not respond in time for publication.
Israel’s high court opens the way for same-sex couples to have children via surrogacy
Variety reported that Disney and Pixar’s “Lightyear,” an animated movie following the extraterrestrial adventures of Buzz Lightyear, was not submitted to Saudi authorities for approval because the production studios thought it would not get the green light.

Other countries in the Middle East, including the United Arab Emirates and Lebanon, decided against screening the movie. The ban in the UAE came six months after the Persian Gulf country announced it would cease censoring cinematic releases. Lebanon is one of the only Arab countries that has a relatively strong, somewhat public LGBTQ presence.
Conservatives want to cancel Disney. It’s not the first time.

Chris Evans, who is the voice of Buzz Lightyear, told the Reuters news agency: “There’s always going to be people who are afraid and unaware and trying to hold on to what was before. But those people die off like dinosaurs.”
The U.S. diplomatic corps’ official celebration of Pride Month has also led to some incidents in the region. Kuwait’s Foreign Ministry summoned the U.S. chargé d’affaires over embassy social media posts celebrating the month. The ministry derided “symbols and tweets that support homosexuality” made by the embassy, and said the posts went against a 1961 Vienna Convention on Diplomatic Relations.

While the United States is celebrating Pride Month, Republican lawmakers have drafted a slew of bills seeking to limit discussions of sexual or gender identity in schools and to challenge the rights of young people who identify as transgender.
In Syria’s Hama city, the Directorate of Internal Trade and Consumer Protection said it had confiscated about 600 children’s rainbow kites that “indicate sexual homosexuality,” saying the toys were similar to the Pride flag. The announcement was made on the directorate’s Facebook page, listed alongside sales violations made by butchers and bakeries.
In the wake of news reports that some Qatari hotels would not accept guests from the LGTBQ community during the upcoming World Cup, soccer’s global governing body issued a statement June 1 insisting that there would be no discrimination.

FIFA said the World Cup will be “a celebration of unity and diversity” regardless of race, religion, disability or sexual orientation. It added that it has been “insisting hotels and other contractors involved in welcoming LGBTQIA+ fans to Qatar to do so in a manner that respects the rights and privacy of everyone.”

This is going to end well for fifa...

I wonder if Joe will bring that up after begging for oil?
Reactions: hawkeye54545 and doughuddl2

DeSantis is already having a bill drafted. He ain't going to let some middle eastern terrorists out MAGA him!
Reactions: TheCainer, FlickShagwell, SoFla-Hawkeye and 2 others

It feels so good when corporate America shills out for pride month to appeal to progressives to show how progressive they are and then turn around in other countries they do business and pander to the local culture.

Are you really a progressive organization if you only selectively promote progressivism in certain countries?
Reactions: slapchop, State of Illinois and kwik44

Was just gonna post that Republicans were like “why didn’t WE think of that?!”
Reactions: TheCainer and fsu1jreed 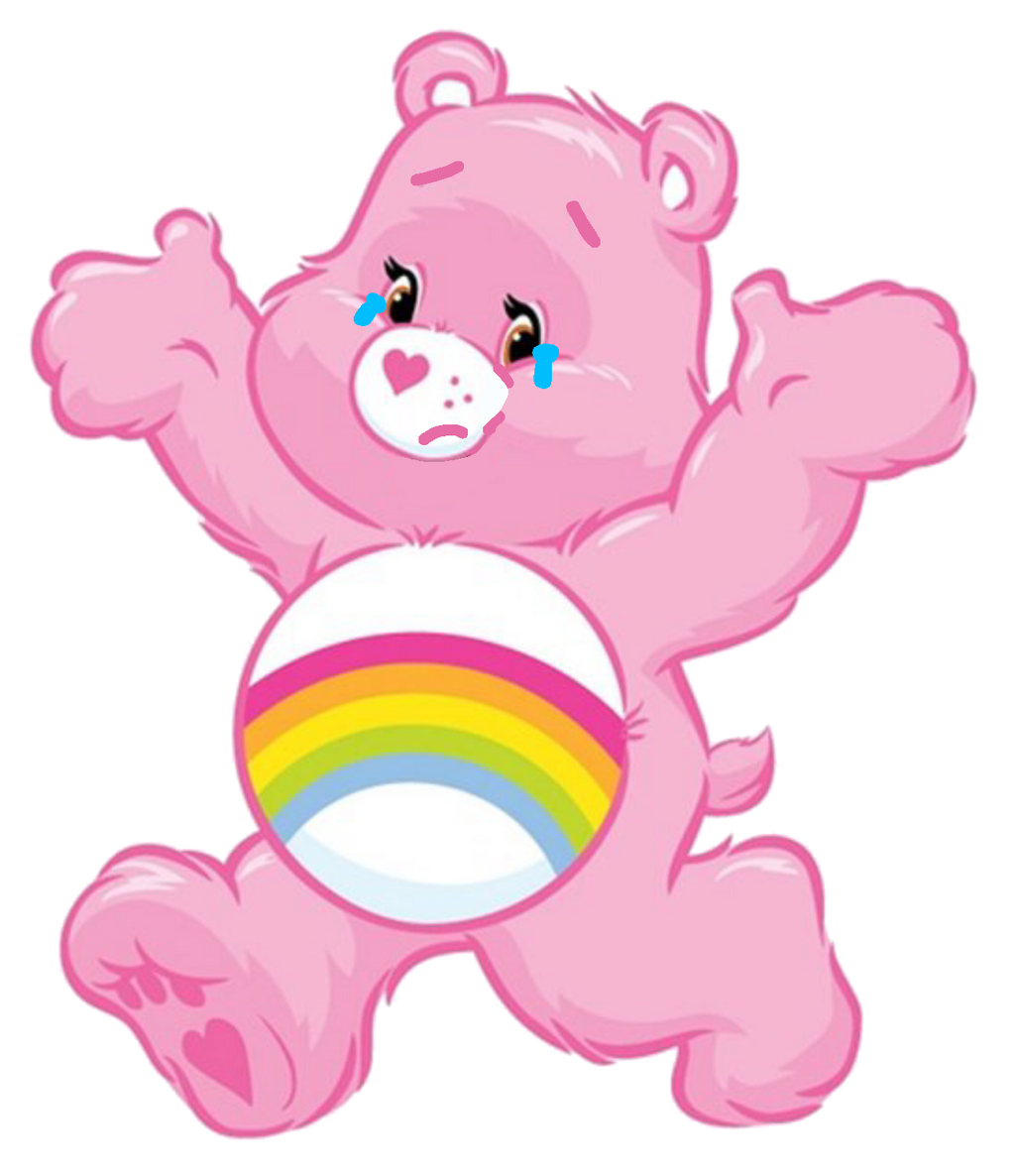 Pffft. You can't stop the rainbow.

If they are, it’s only a little bit.
Reactions: hawkeye54545, DFSNOLE, cigaretteman and 1 other person

How Republican of them.

I can't believe that even today there's this notion among some people that homosexuality can be influenced. That it can be "chosen." I hate religion and its epic supply of bullshit.
Reactions: SoProudNole, fsu1jreed, CerroGordoHawk and 2 others

Surprised it hasn't, yet.

TheCainer said:
Surprised it hasn't, yet.

If they add it to the 2020 platform, that will be the only thing on it.
Reactions: TheCainer

LuciousBDragon said:
It feels so good when corporate America shills out for pride month to appeal to progressives to show how progressive they are and then turn around in other countries they do business and pander to the local culture.

Are you really a progressive organization if you only selectively promote progressivism in certain countries?
Click to expand... 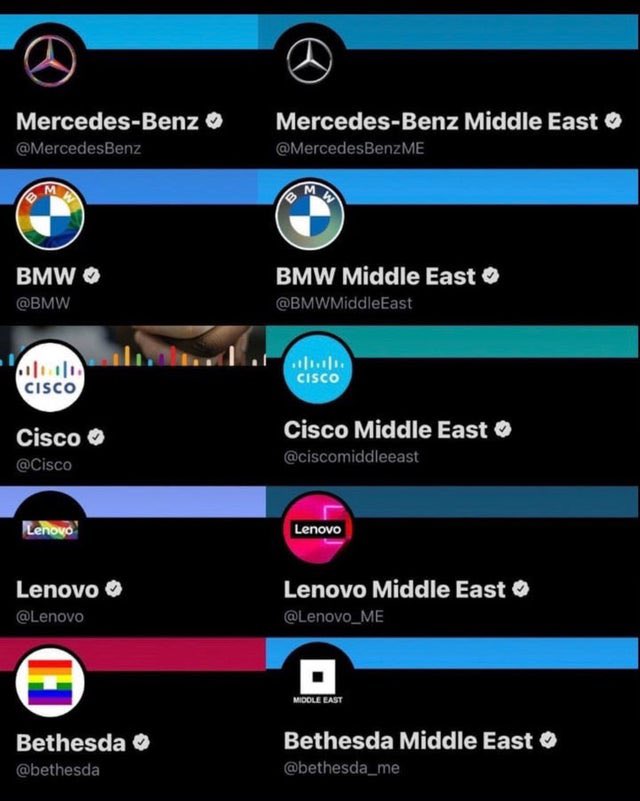 In case facts matter to you...Trump supported gay rights before Dem notables like Hillary and Obama.

Back when he a democrat? That was decades ago..... what's his thoughts now, and the rest of those on the right?

How about these facts?

ihhawk said:
I wonder if Joe will bring that up after begging for oil?
Click to expand...

I wondered if you would be a Pissy Pants victim in this thread, and, here you are. You suck at the internet.

Then he appointed people the court who may well overturn some of those rights.
Reactions: TheCainer

Good ole Joe going to beg them for oil

Hopefully it won't require the human sacrifice of an American journalist.

btw, I wonder how Jared's $2B backed Saudi investment is doing?

Should we ask Hunter?

It's another country. The US has no business even contemplating how they talk about homosexuality to their kids.
You must log in or register to reply here.

LGBTQ “Entirely Not An Illness”

Concerning gas prices, does anyone else remember when Trump threatened Saudi Arabia to cut production?

Biden about to be cozying up to Saudi “Pariah”.