By Josh Chafetz
Mr. Chafetz is a law professor at Georgetown and the author of “Congress’s Constitution: Legislative Authority and the Separation of Powers.”
Sign up for the Opinion Today newsletter Get expert analysis of the news and a guide to the big ideas shaping the world every weekday morning. Get it sent to your inbox.
Unlike some other recent Congresses, the 117th has been tremendously prolific. A partial list of its feats includes a $1.9 trillion economic stimulus bill, a bipartisan infrastructure bill, a bill investing in domestic semiconductor manufacturing and probably the most significant legislation ever passed responding to climate change. The Senate has confirmed hundreds of judges and other nominees, and the House has held critical hearings on the Jan. 6 insurrection.
But if forecasters — who currently give Republicans about a four-in-five chance of taking control of the House and an even chance of taking the Senate — are correct, the next Congress may well provoke whiplash. It will not come as a surprise that a Republican majority will be a less willing partner to a Democratic White House, but a G.O.P. House majority in 2023 is shaping up to be combative to an alarming degree.
In place of the current Congress’s legislative productivity and cooperative stance toward the White House, we might instead face a combination of legislative gridlock and an aggressive use of unilateral congressional tools to batter and provoke the Biden administration.
But before the House unleashes Jim Jordan and Marjorie Taylor Greene as the faces of its new majority, Republicans should understand that the benefit of confrontations with the executive branch will depend on how carefully they choose their targets, their methods and their timing.
Advertisement
Continue reading the main story


Most obviously, the pace of legislation is likely slow to a trickle — though perhaps not dry up completely. But a Republican House could do more than simply reduce the amount of legislation passed by Congress; it could also use powers entirely within its own control to assert itself in the political sphere. It would very likely use the chamber’s oversight powers aggressively, which might include keeping a close eye on the administration’s carrying out of laws passed in the current Congress. So, for example, we should expect Republican-controlled committees to keep a sharp watch for any purportedly wasteful spending under the Inflation Reduction Act — and if they find anything amiss, to make as big a stink as possible. Think, for instance, of the way an earlier generation of Republicans hyped the bankruptcy of Solyndra, which left it unable to repay a loan it had received from the Obama administration.

As various Republican representatives have made clear in recent months, they are also likely to open investigations of everything from Anthony Fauci and the “lab leak” Covid theory to gas prices to the U.S. withdrawal from Afghanistan to migrants at the southern border.
As a model of especially aggressive public-facing oversight, Republicans might look to the Jan. 6 Committee: Well-produced prime-time hearings can be compelling and shape the media environment and public mood, which might help to shape the political landscape ahead of the 2024 presidential election. I call this phenomenon “congressional overspeech” — congressional use of oversight tools for public communication and persuasion. You can easily imagine Republicans trying to run this playbook with Hunter Biden or Dr. Fauci as the focus.
The strategy comes with risks: Sensational hearings can raise the profile of an issue and would give House Republicans a chance to argue that President Biden or other prominent Democrats have engaged in scandalous behavior. But if the hearing can’t then deliver a compelling message, it risks looking like Geraldo Rivera breaking into Al Capone’s vault live in prime time.
Then there is the power of the purse. Alone, the House can’t pass appropriations bills, but it can refuse to pass them and threaten a (partial or full) government shutdown unless it gets the concessions it wants. Even more aggressively, the likely House speaker, Kevin McCarthy, has already threatened to hold the debt limit hostage in an attempt to force spending cuts, potentially including slashing safety-net programs like Medicare and Social Security, and limiting additional funding to Ukraine.

Unfortunately for President Biden and Democrats, there is a precedent for this sort of move: House Republicans played this game successfully after they took the House in the 2010 midterms, winning a number of policy concessions from the Democratic Senate and President Barack Obama.
But these levers of power, too, are fraught with peril. Shutdowns and especially a default have the potential to cause a lot of pain to the American public, which may then turn on the party it perceives as responsible. Unfortunately for Republicans, there is precedent here, too: In 2013, Republicans in the House shut down the government in an ultimately unsuccessful attempt to secure repeal of the Affordable Care Act. As the shutdown dragged into a third week, Republican poll numbers and the stock market both tanked, and key conservative interest groups and opinion leaders abandoned the G.O.P. position. Ultimately, Republicans caved and reopened the government almost entirely on Democrats’ terms.
If Republicans capture the Senate as well as the House, their options will expand even more. They could pass at least some messaging legislation that President Biden would be forced to veto, thus setting up advantageous (for the Republicans) policy contrasts in advance of the 2024 elections. And they could refuse to confirm most (or all) of Mr. Biden’s nominees, making it harder for him to process his agenda through executive agencies and to reshape the federal judiciary.
At the most extreme, they could impeach President Biden or members of his administration. There has already been speculation about impeaching Homeland Security Secretary Alejandro Mayorkas over his handling of the southern border. Although it seems highly unlikely that Republicans would have the requisite two-thirds supermajority in the Senate to convict, impeachment proceedings can be highly damaging to a president, even if he or his underling is ultimately acquitted.
But here again, the move would come with risk: Impeachment proceedings seen as unwarranted can also boomerang on the congressional leadership that initiated them — just ask Newt Gingrich.
And such combativeness could tear at our already frayed political culture in ways that threaten even deeper, more destructive division.
These tools all come with political risks for the majority wielding them; much of what we think of as skillful legislative leadership is knowing when to use these tools and when to leave them in the toolbox. Used skillfully, they can greatly empower a legislative party, even if it controls only one chamber. And whether used skillfully or not, they will certainly shape the next two years of American national politics if the G.O.P. does indeed capture at least one house of Congress next week. 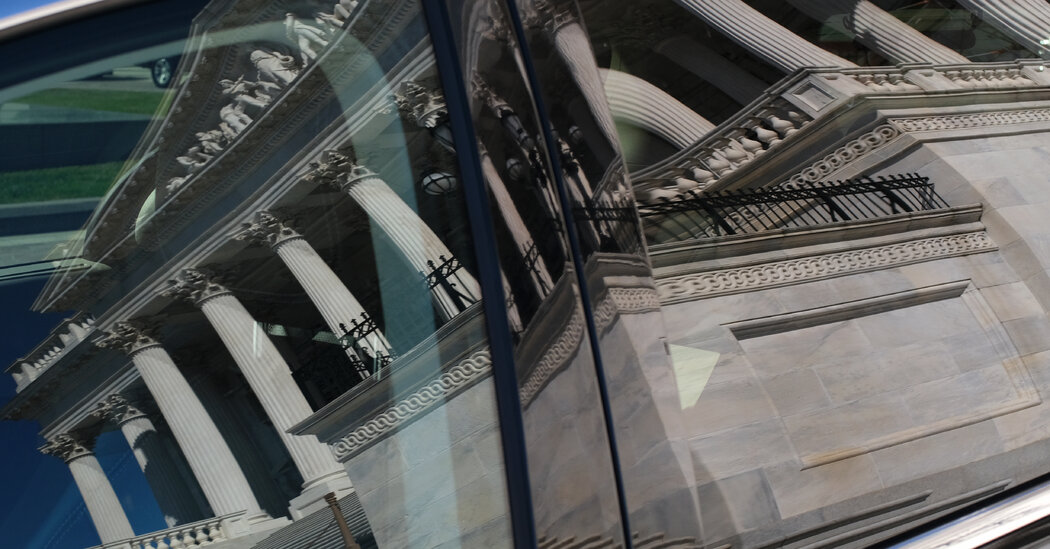 Opinion | What You Can Expect if Republicans Take the House

A G.O.P. House majority in 2023 is shaping up to be combative to an alarming degree.

www.nytimes.com
Reactions: What Would Jesus Do?
T

Already see of a lot of Jordan, and HORT has made Greene a star already (honestly wouldn't know who she was if I wasn't on here)
G

Nobody believes you.
Reactions: blhawk, wausauhawk, Scott559 and 1 other person

Let them. Nothing can swing this back around quicker than showing america just who these people really are. They didn't learn after trump, maybe they need a second dose.
Reactions: lucas80, dekhawk and cigaretteman

Titanhawk2 said:
has made Greene a star already (honestly wouldn't know who she was if I wasn't on here)
Click to expand...

Op is going to post even more of mtg? That's a lot!

You really wouldn’t know MTG from anywhere? She’s been all over the news for a couple years now.
Reactions: ft254 and cigaretteman

Formerly Rockymtnole said:
You really wouldn’t know MTG from anywhere? She’s been all over the news for a couple years now.
Click to expand...

He'll claim he doesn't watch any of the news channels

MTG has had a taste of the spotlight. She will be more visible if the Republicans win the House or not. She's far closer to the core of the GOP than most people understand. The funny thing is going to be watching scum bags like Jordan lick her heels to get to be on the stage with her.
Reactions: cigaretteman

cigaretteman said:
a G.O.P. House majority in 2023 is shaping up to be combative to an alarming degree.
Click to expand...

Biden's veto can reduce the damage, but there will be damage.
Reactions: ft254

Jordan is an academic flyweight and inarticulate buffoon.

Schiff was an experienced prosecutor. Raskin was a constitutional lawyer and professor. Both represented the professional approach of the station.

Jordan, by his nature will hog camera time and make a fool of himself and committee.
Reactions: cigaretteman
You must log in or register to reply here.