Coralville City Council member Jill Dodds, who has been on the board for a decade, has resigned after being asked by the mayor to step down following her husband’s arrest on child sexual abuse charges.


Dodds, on the council since 2012, said the allegations against her husband are false and criticized the Johnson County Sheriff’s Department and the news media.


“Innocent until proven guilty is a myth. Guilt is assumed and apparently spouses bear the assumption of guilt as well,” Dodds said during her seven-minute remarks at the end of Tuesday night’s council meeting.

Dodds said she was asked by Mayor Meghann Foster to resign. Her resignation was effective immediately, and the Coralville City Council website already was scrubbed of her photo, email address and city biography.


Foster told The Gazette she had concerns about how the allegations “would impact the important work of the City Council moving forward.” She said it was not a decision she made lightly or unilaterally.


Dodds, who could not immediately be reached for comment Wednesday, said her focus “needs to be on assuring that justice is served with this investigation and that the real truth comes to light.”


Jeffrey Dodds was arrested last week on felony charges of sexually abusing a 4-year-old child while the child was in his care. He was released from jail after posting a $40,000 cash-only bail.


Jeffrey and Jill Dodds owned and operated Simple Abundance Child Care for more than 20 years since 1998, according to their website, which is no longer available. The facility “voluntarily surrendered their license on December 31, 2021,” said Alex Carfrae, spokesperson for the Iowa Department of Human Services.


The alleged abuse happened last year, and a no-contact order has been filed on behalf of the victim, according to court records.

Carfrae said the only complaints Human Services has on file prior to the recent allegations are for a dog bite causing injury in 2017.


In her remarks Tuesday night, Jill Dodds spoke about her career in child care and how child care is the reason she joined the council.


She also shared criticisms against the Johnson County Sheriff’s Department, which is in charge of her husband’s investigation, saying “the arrest and jail experience is something that I will be discussing with the proper authorities in the future.” The Coralville Police Department turned the case over to the Sheriff’s Department due to a conflict of interest, with Dodds being on council.


Dodds said she knows her resignation will make things easier for the council but is “disappointed, though, that in their leadership roles they didn't stand up for my freedoms and my rights.”


Foster told The Gazette she sent an email last Friday asking Dodds to step down. Foster was not aware Dodds would resign at the council meeting.


Foster said she spoke with council members one-on-one to get their feedback on the situation. She said the majority of council agreed it would be appropriate to ask Dodds to step down.


“My commitment as mayor is and always will be prioritizing the safety of the individuals, families and children that live in Coralville, and that's the lens that I have to look through,” Foster said.


The council has not discussed yet how to fill Dodds’ vacancy on the five-member council, Foster said. 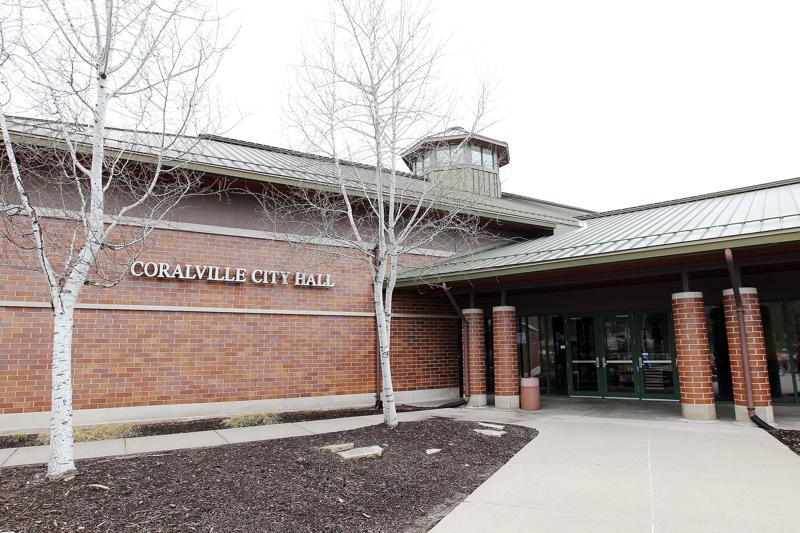 The husband of a Coraville City Councilor has been arrested for sexual abuse of a child.