Iowa House Democrats have revealed a four-part policy agenda for the election season and the next legislative session, advocating for policies they say have majority support among Iowans.


The four pillars of the plan are lowering costs for Iowans, investing in public schools, protecting reproductive freedom, and legalizing marijuana for recreational use.


The proposal, dubbed the “people over politics” agenda, will be the framework for Democratic policy proposals in the next legislative session, House Minority Leader Jennifer Konfrst of Windsor Heights said this week.


Republicans in the Legislature have passed bills in past years addressing affordable housing and child care, but Konfrst said those efforts have not solved the issues Democrats are trying to address.


“The way our plan is different is that we’re going to actually do the things instead of putting Band-Aids on them and make people think the problem is solved,” Konfrst said.


The reproductive freedom part of the agenda includes adding abortion rights to the Iowa Constitution.


In order to pass an amendment protecting abortion rights, Democrats would likely need to gain a majority in both chambers of the Legislature and pass a resolution calling for the amendment in two separate General Assemblies. The proposed amendment would then go to voters.


Republicans in 2021 passed a resolution for an amendment that does the opposite, stating the state’s constitution does not include abortion protections. The measure would go to a vote on an election ballot if Republicans pass the amendment — with the same language — in 2023 or 2024.


Konfrst acknowledged that passing such a pro-choice amendment would be a difficult task for minority Democrats but said the party would work toward smaller goals.


“If we can stop a total ban and allow some exemptions, that’s a nice starting place, but our goal is to protect and defend reproductive freedom in this state,” Konfrst said.


The proposal to legalize marijuana for recreational use is based on the majority of Iowans approving of the idea, increasing safety around the substance and keeping tax dollars in the state, Konfrst said.


House Democrats were not publicly in favor of legalizing marijuana during the last legislative session, but Konfrst said the group has been able to unite around certain proposals.


House Republican spokesperson Melissa Deatsch said in an email that House Democrats’ numbers have fallen because their agenda is not in line with Iowans. Democrats, she said, voted to “keep schools closed, taxes higher and critical race theory in the classroom.”


“Meanwhile, the Republicans are the party of lowering your taxes, growing your local economy, and defending your freedoms,” Deatsch said. “House Republicans will continue to work on an agenda that’s built on listening to Iowans and acting on their priorities.” 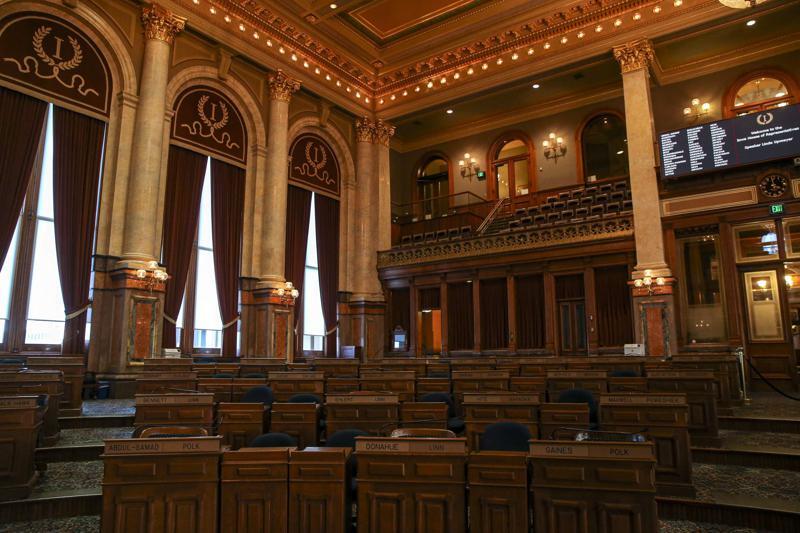