The Iowa Department of Agriculture and Land Stewardship has announced nearly $2 million in funding this month for five water quality and soil conservation projects across the state — some of which may go toward the Middle Cedar Watershed.


The contracted money comes from the state’s Water Quality Initiative, said department spokesperson Don McDowell. The initiative was established in 2013 as an action plan for Iowa’s Nutrient Reduction Strategy, an approach to reducing nitrogen and phosphorous loads in state waterways.


Three of the newly funded projects stretch across the entire state with their efforts.

A new department partnership with the Soil and Water Conservation Society, for instance, was awarded $426,000 to increase edge-of-field conservation practices within multiple watersheds in the state — including assistance to efforts in the Middle Cedar Watershed, said society Chief Executive Officer Clare Lindahl.


“We will support efforts in the Middle Cedar Partnership Project as needed, but the city of Cedar Rapids … and the project coordinators are doing a phenomenal job with their existing program,” Lindahl said.


The partnership aims to replicate Polk County’s “batch and build” approach throughout the state. The county’s pilot program coordinated multiple conservation projects together to achieve better implementation and efficiency compared with one-off projects. That approach increased the number of edge-of-field practices, which help reduce agricultural runoff, by nearly 50 percent while saving about $115,000.


The first year of the three-year project will focus on helping staff expand drainage practices that reduce the amount of nutrients entering watersheds from tile-drained farm fields.

“Conservation professionals are the most important part of our nation’s conservation delivery system and are key to getting conservation on the ground,” Lindahl said in a statement. “This project will enable us to provide greater support and tools to those working with farmers to improve water quality.”


Another new three-year project — a department partnership with the Practical Farmers of Iowa — was awarded $480,000 to bolster edge-of-field conservation around farm fields, said Jorgen Rose, the Practical Farmers of Iowa habitat and policy viability manager. While the project’s priority watersheds are in western and north-central Iowa, the goal is to demonstrate and implement practices statewide.


One focus will be on lining fields with borders of native perennial grasses and wildflowers that slow runoff and decrease the amount of sediment in the water. The project also will advocate for precision conservation, which applies eco-friendly practices to unprofitable farmland. And it will work to restore oxbows — wetlands formed by cutoff stream channels — that provide important wildlife habitat and help remove nitrogen from water.


“The idea is that we can have multiple benefits by doing those practices,” Rose said. “They're great for water quality, obviously, but then they also are good for wildlife and can actually also benefit a farmer's bottom line.”


Funds build on growing use of cover crops​


The next three-year phase of an existing department partnership with the Iowa Seed Association was awarded $226,750 to increase the use of cover crops across the state. It also will implement more edge-of-field practices and outreach among Iowa’s seed corn producers.


More than 30,000 acres are already enrolled in the program this year, and around one-third of acres previously used for seed corn production are now using cover crops, according to the department statement.


“Improved soil health and better water quality are two excellent benefits of planting cover crops,” said Iowa Secretary of Agriculture Mike Naig in the statement. “We’re seeing significant growth in cover crop usage statewide, and I’m really pleased that we can help fund the next phase of this successful initiative and expand our partnership to get even more acres covered.”


Other funding went toward projects focused on specific regions in Iowa: 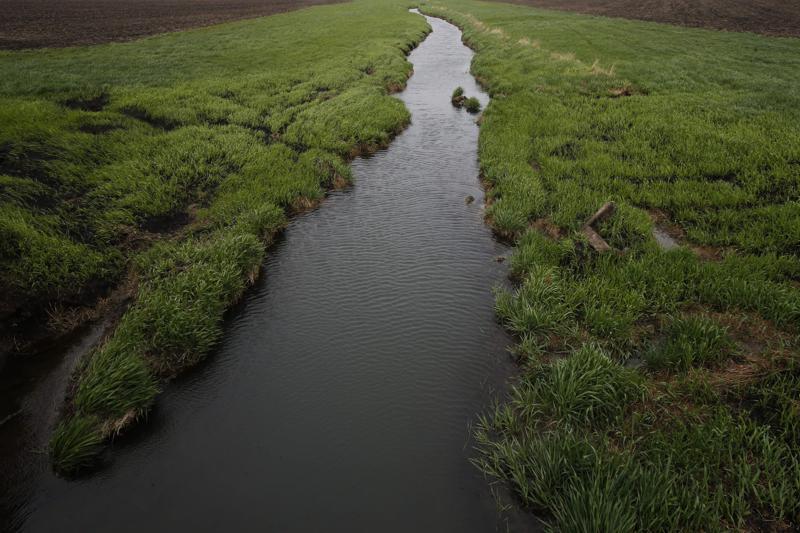 Three are statewide projects, some of which may go toward the Middle Cedar Watershed.

2 mil doesn't buy much these days

I certainly don't see if making any long-term effects
Reactions: InsaneHawkJJP and cigaretteman

I certainly don't see if making any long-term effects
Click to expand...

Particularly in an agricultural state like Iowa where almost 85% of the available acreage has been dedicated to chemically supported commercial gardening...
Reactions: InsaneHawkJJP and cigaretteman
You must log in or register to reply here.

It’s not the puddle police, Rep. Hinson, it’s a threat to wetlands