Opinion Herschel Walker is a symptom. The GOP is the problem.

Herschel Walker already had more scandals and personal flaws than any Republican Senate candidate on the ballot. From his lies about serving in law enforcement to his wild exaggerations about his business experience to the previously undisclosed children he fathered, he is an encyclopedia of character deficiencies. And that doesn’t get into the incident in which he allegedly put a gun to his ex-wife’s head. (Walker has not denied the account, saying his violent behavior was because of mental illness.)

Then came the abortion story. The Daily Beast reports that in 2009, Walker — who currently does not condone abortions even in cases of rape or incest — urged a woman he impregnated to get an abortion and then paid for it.
Walker denies the accusation, but the evidence is damning. The Daily Beast reports that the woman who had the abortion “supported these claims with a $575 receipt from the abortion clinic, a ‘get well’ card from Walker, and a bank deposit receipt that included an image of a signed $700 personal check from Walker.”


One of his children tweeted out a harsh condemnation:


He continued, “I don’t care about someone who has a bad past and takes accountability. But how DARE YOU LIE and act as though you’re some ‘moral, Christian, upright man.’ You’ve lived a life of DESTROYING other peoples lives. How dare you.” He also tweeted, “Every family member of Herschel Walker asked him not to run for office, because we all knew (some of) his past. Every single one. He decided to give us the middle finger and air out all of his dirty laundry in public, while simultaneously lying about it.”


The GOP’s selection of Walker to challenge Democratic Sen. Raphael G. Warnock, a civil rights activist, is not solely the fault of former president Donald Trump, who endorsed Walker in the Republican primary. Senate Minority Leader Mitch McConnell (R-Ky.) backed him as well, as did many GOP donors and primary voters.

Walker might be the most egregious Republican candidate since Trump himself, personifying the party’s abject disregard for character and cynical attitude toward public service. And many in the MAGA cult have cheered these trends on as a sort of political nihilism. For them, politics is all a scam, so why not grab what you can?
In this mind-set, politics is not about problem-solving or public service. This is a game of revenge, owning the libs and tearing down institutions — part of a long mass primal scream from those who resent their loss of status in a country that is increasingly secular, diverse and urbanized.
The Republicans who should know better — the pundits, elected officials and donors — know a good scam when they see one. They are all too happy to exploit those they consider rubes (Walker and his supporters, for example) to attain their aims. They make money, maintain access, further their extreme agenda and gain their own pound of flesh from liberals.
Walker has vividly revealed the shabbiness of it all and the consequences of allowing amoral people to use whatever means necessary to attain power. Walker is a symptom. The GOP is the problem.

cigaretteman said:
Walker is a symptom. The GOP is the problem.
Click to expand... 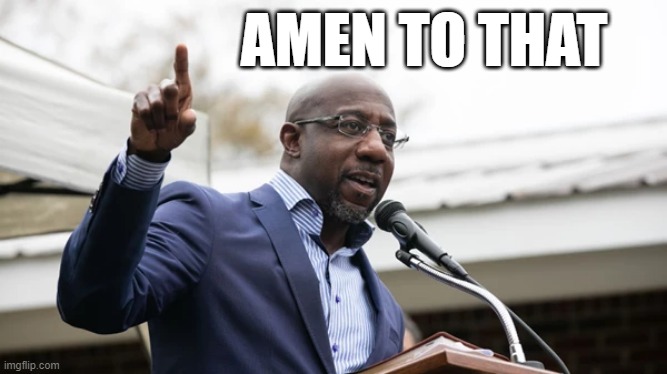 Opinion The tragedy of Herschel Walker

Sen. Graham, in apparent flub, says best way to get ‘off track’ is to elect Walker