IOWA CITY — The state agreed Monday to pay from its general fund nearly $400,000 to settle a lawsuit brought by University of Iowa female athletes who contended plans initially announced last year by the UI to cut women’s swimming and diving was a Tile IX gender equity violation.

The State Appeal Board approved the settlement — including $307,545 in attorneys’ fees and $92,444.14 in other litigation costs, including expert witness expenses — after a federal judge in October found the totals “reasonable,” according to court documents.

“Nothing in the parties’ submissions appears to be unreasonable, and the court notes the expert reports were thorough,” U.S. District Court Judge Stephanie Rose wrote in her decision, noting sports and female athletics experts involved in the case — including Donna Lopiano, president of Sports Management Resources — cost as much as $500 an hour for testimony, $650 an hour for consultation or $425 an hour for work on a report.

Despite UI objections and denials, Lopiano asserted in her expert report that UI Athletics since 2003 had “failed to meet Title IX’s prong one participation requirement — providing male and female athletes with athletics participation opportunities proportional to the percent of males and females in the undergraduate student population.”

After going to great lengths in her report to spell out ways in which institutions could comply with that requirement, Lopiano testified the UI was required to meet Title IX’s actual proportionality standard and failed.

“It is clear that in every year for 18 years, the gaps exceed the allowable prong one variance … ” Lopiano wrote. “I further opine that these gaps are substantially larger than depicted. … The participation data is so questionable that it should not have been relied upon to annually assure the government that it was in compliance with Title IX.”

In addition to expenses, the UI settlement includes a list of conditions:


UI Athletics Director Gary Barta, in announcing the new women’s wrestling team, conceded the settlement is behind its timing now, as the department still is fiscally strapped and not in an ideal position to launch a new program.

In talking with The Gazette after the settlement, Lopiano said that, forced or not, “taking this step — being probably one of the most visible wrestling schools in the country — this is really important for them to do it.”

The UI was compelled to settle after an earlier court opinion stated the women were likely to succeed with their lawsuit, Lopiano said. She surmised the university thought, “We don’t want to waste this money in court. We don’t want this reputation.”

“Kudos to the new president for making sure they did the right thing,” Lopiano said of new UI President Barbara Wilson, who started her job as president over the summer.

The settlement shouldn’t end the pressure, though, Lopiano said, noting the program has a lot of work to do to make women’s wrestling successful and to meet federal gender equity mandates.

“Think about the effort he puts into men’s wrestling,” she said of Barta. “If you want your daughter to be treated the same as your son, what does that mean? And that should be a no-brainer for him, in terms of what is the blueprint.”

During Monday’s appeal board discussion, Jeffrey Thompson — solicitor general in the Iowa Attorney General’s Office — said the judgment closes out the dispute.

“The addition of women’s wrestling adds participation opportunities for women at the University of Iowa and, in everybody’s opinion, brought the Title IX calculation back into balance,” he said. The fees paid by the state are “in my opinion, much lower than we would have ended up paying had we continued to litigate the case.”


The State Appeal Board also approved spending $250,000 to settle a malpractice case out of the UI Hospitals and Clinics involving a patient who underwent a vein-related surgery on his leg. An order for blood thinners was deleted by mistake, according to the settlement, resulting in clots and additional surgery.

The state board also approved a $75,000 deal with a UI student who injured a knee while walking into Catlett Residence Hall in August 2019. She tripped on a wrinkle in the floor mat, causing her to trip and fall. After the student suffered “significant injuries,” she was “prevented from securing employment and from enjoying those activities typical of college freshmen.” 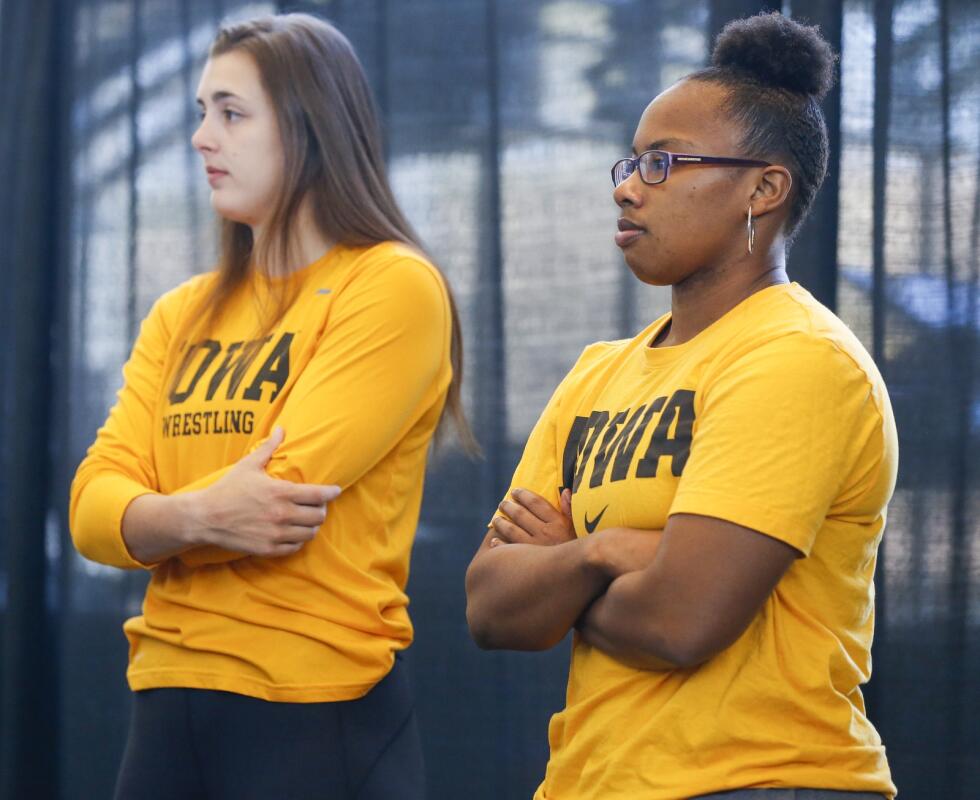 The state on Monday agreed to pay from its general fund nearly $400,000 to settle a lawsuit brought by University of Iowa female athletes contending Title IX violations in the UI’s announced plans last year to cut women’s swimming and diving as part of its COVID-19 response.

This is dumb. Those people don’t deserve a damn thing. If the UI wants to eliminate sports it should have every right to do so.

Barta has done a pretty good job lately of hiring coaches. But damn, he sure does make some blunders administratively.
Reactions: JRHawk2003 and cigaretteman

hawkeye54545 said:
Barta has done a pretty good job lately of hiring coaches. But damn, he sure does make some blunders administratively.
Click to expand...

Its really incredible the mistakes he is allowed to make considering his pay. Staggering really.
9

ICHerky said:
Those people don’t deserve a damn thing. If the UI wants to eliminate sports it should have every right to do so.
Click to expand...

Eliminating future sports wouldn't provide any remedy to the parties affected by past practices (18 years of alleged non-compliance with Title IX).

It only makes sense that Iowa settled the way it did after factoring the total cost it would likely incur. I would think Iowa considered the cost of the programs no longer being cancelled, continued litigation, and the likelihood of a finding more in its favor.
You must log in or register to reply here.