Former president Donald Trump’s website Truth Social is barreling toward a financial cliff that could see its main lifeline disappear.
A Trump-allied investment company, Digital World Acquisition Corp., asked shareholders this week to approve a one-year extension for its merger with Trump’s company while it fends off multiple federal investigations.

But at a special meeting Tuesday, the company’s leader, Patrick Orlando, abruptly postponed the announcement of the vote until Thursday, saying he wanted to give shareholders more time to respond. Reuters first reported Tuesday that the company didn’t have the votes.

If 65 percent of the company’s shareholders don’t approve the extension by Thursday, the company could be forced to liquidate, a potentially devastating blow that would leave Truth Social with nothing.


The company can postpone the merger for six months without shareholder approval, but its executives would need to invest millions to keep the company afloat. Some investment analysts have said they doubt that extension would give the company enough time to resolve all of the outstanding concerns about the merger.
Digital World, a special-purpose acquisition company, or SPAC, debuted to massive attention last year. But federal scrutiny, the Trump site’s lackluster launch and other issues have sapped much of the market’s excitement.
Digital World’s share price dropped more than 11 percent Tuesday, to close at $22.30 — nearly 90 percent lower than its $175 peak last October. If the company liquidates, all shareholders — including those who bought in at very high prices — would be paid about $10 a share.
Truth Social faces financial peril as worry about Trump’s future grows
In that case, Trump’s start-up, Trump Media & Technology Group, of which Truth Social is the primary product, will not be able to tap a roughly $1.3 billion investment that it has been counting on since Digital World’s initial offering last September.

The Trump start-up has in the meantime subsisted off tens of millions of dollars in short-term loans. The company is also facing a dispute with a conservative web-hosting service over allegations of unpaid bills.
The Securities and Exchange Commission and the Financial Industry Regulatory Authority are investigating Digital World, including over questions of whether the company had negotiated its deal with Trump before its public offering, which could violate securities law. A federal grand jury has also requested information from Trump’s company.
Without SEC approval, any deal is indefinitely halted.
Digital World has long celebrated that many of its shareholders are small-time investors, known as retail investors, who bought the shares for financial or personal reasons and are not part of a larger investment.

But the vote’s possible failure highlights the risks of such financing, given that everyday shareholders may not be following the financial pronouncements closely and need to be persuaded to vote en masse.
FBI attacker was prolific contributor to Trump’s Truth Social website
“There’s a lot of retail investors not paying a lot of attention, or they don’t know what they need to do,” said Michael Ohlrogge, an associate law professor at New York University. “Or they may think, ‘Hey, I’d rather have this merger happen sooner rather than later,’ without realizing that the only reason they’re asking for this is there’s a big chance they can’t complete the merger at all.”
That investor apathy would not necessarily be a death blow, Ohlrogge said, because the company could pay to extend the merger deadline and in six months try again. But it could also point to deeper questions about the company’s ability to survive.

“The big question becomes: Why is it taking them this long to close the deal?” he said. “It’s a little surprising to me that it would be this hard for them” to fulfill the SEC’s requirements, he added, “unless they’re pursuing one of these Trump-type legal strategies of fighting tooth and nail against any kind of legal authority.”
Orlando has scrambled to alert shareholders to the company’s need for their vote. On his Truth Social account, he has posted or reposted — or “truthed” and “re-truthed,” in the site’s lingo — nearly 30 messages over the past week calling on people to vote.
The company last week pushed shareholders to open their email inboxes for voting details: “PLEASE REMEMBER TO CHECK YOUR SPAM FOLDER,” said one announcement filed with the SEC. Orlando also recorded an interview, posted to Rumble, a conservative video site that has been providing support services to Truth Social, in which he outlined in detail how investors should vote.

The call’s host, a Christian worship leader named Chad Nedohin, urged his fellow investors in the “DWAC fam” to “get those votes in,” saying, “We consider ourselves the diamond hands of all diamond hands.” The video has been viewed roughly 500 times.
The company’s leaders own about 18 percent of the stock and will vote for approval, they said in an SEC filing, but they will need many more votes than that to reach the 65 percent threshold. Orlando said on the Rumble call that the participation rate among retail investors in votes like this one is closer to about 25 percent.
Trump’s newest business partner: A Chinese firm with a history of SEC investigations
Truth Social is the centerpiece offering of Trump Media & Technology Group, the start-up Trump debuted after losing the White House that he boasted could become one of the biggest players in media, rivaling giants like Disney and Facebook.

Trump has sought to portray everything as going according to plan. On Saturday, he posted to Truth Social that the site is “doing really well,” despite the federal investigations, and said, “In any event, I don’t need financing, ‘I’m really rich!’ Private company anyone???” (The actual size of Trump’s wealth is in dispute; the self-described “king of debt” has been linked to six corporate bankruptcies.)
On Tuesday, before the special meeting, Trump posted that the site is “doing amazing” and that it has become “the most engaged social media platform anywhere on the Internet!” In every measurement of online engagement, however — web traffic, downloads, follower counts — the site remains a tiny fraction of more mainstream sites and has fallen even from its launch six months ago. In the same post, Trump encouraged businesses to buy ads on the site.
In a statement last week to the pro-Trump blog Just the News, Trump’s start-up said Truth Social is “on strong financial footing” and that “any assertion to the contrary is knowingly false bar talk.”

This SPAC was such a rug pull, Trump became an honorary Miami booster.
Reactions: dgordo 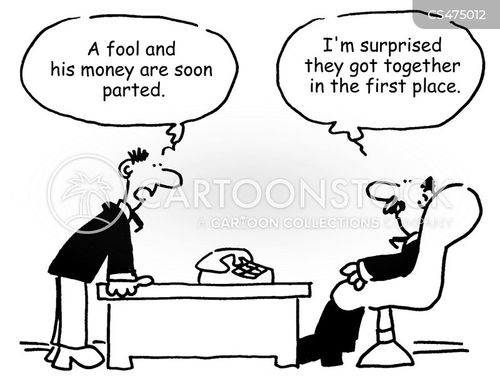 This is what happen when you put politicians like dumbass Devin Nunes in charge of your company.
Reactions: Formerly Rockymtnole, lucas80, nu2u and 1 other person
M

I for one am shocked that a company started by Donald Trump is not paying its bills and is in peril of going bankrupt.

Unbelievable. The Deep State and the MSM has conspired against Trump again!
Reactions: noStemsnoSTICKS, VodkaSam, torbee and 2 others

Fools can inherit wealth. And often do.
N

Let's put that guy in charge who frivolously sued Twitter, and lost.

Wonder if crazy rudy will represent them in BK court.

Every Trump company is on a financial cliff the moment it's incorporated. The edge of the cliff is only as wide as the number of investors willing to risk their money, and how deep the pockets are of said investors.
Reactions: cigaretteman, mattymoknows and NDallasRuss
F

Everything Filthy Don touches turns to shit, this also.
You must log in or register to reply here.

What the Jan. 6 probe found out about social media, but didn’t report