Two women with separate stories of discrimination are suing the University of Iowa Hospitals and Clinics for disparate treatment they say upended their health care careers and humiliated them, according to a pair of lawsuits filed on the same day.


The first woman to file a lawsuit on July 13 in Johnson County District Court said she — as a Black Kenyan woman — was subject to hostility, harassment, and discrimination shortly after joining UIHC as an advanced registered nurse practitioner in September 2018.


The second to file that day was a Muslim Egypt-born woman who enrolled in a Kirkwood Community College-UIHC partnership program in fall 2021 and said she was discriminated and retaliated against for refusing to remove her hijab in class.

That woman said UIHC by retaining the program director, “despite her discriminatory animus,” sent a message to its veiled Muslim employees, students, patients, and visitors that they don’t have equal opportunity, access, or rights, according to the lawsuit.


“UIHC would rather protect the job of an ignorant, Islamophobic white woman than take a stand against discrimination.”


Although UI officials don’t comment on pending litigation, the state on UIHC’s behalf submitted a written response to the court denying the substantive allegations.


“Any action defendants took with respect to plaintiff was taken in good faith and for legitimate, non-discriminatory, and non-retaliatory reasons,” according to the lawsuit. “To the extent plaintiff complains of conduct on the defendants’ part, such conduct was not based on plaintiff’s religious identity or exercise and is therefore outside of the scope of the Iowa Civil Rights Act.”


Marjorie Tucker, according to the lawsuit, at the time of the alleged discrimination had worked for UIHC since 1999 and led the Electroneurodiagnostic Technology — or END — program in collaboration with Kirkwood since 2006. That program — among the first of its kind nationally — offers students the chance to study the inner workings of the brain in partnership with the UIHC Department of Neurology.


Nourhan Abdelrahim in her lawsuit said while at Kirkwood she developed a dream to work in health care and enrolled in the END program. In reviewing course materials, though, she noticed she’d have to measure the head to practice placing electrodes and became concerned about her hijab, according to the lawsuit.

More than a month before classes started, Abdelrahim said she emailed Tucker to ask about doing the class activities while veiled. When Tucker didn’t respond, Abdelrahim reached out to a Kirkwood employee, who told her to contact Tucker.


“Because she had already emailed defendant Tucker, Nourhan patiently waited for a response from the END program course instructor,” according to the lawsuit.


On Aug. 25, 2021 — the first day of classes — Tucker told students to partner up for head measuring and “rudely demanded that Nourhan remove her hijab in front of the entire class,” according to the lawsuit.


“Instead of referring to Nourhan or her hijab respectfully, defendant Tucker demanded Nourhan take off her ‘thing’ with a rude, dismissive hand gesture toward her veil,” according to the lawsuit. “Nourhan was shocked and confused.”


When Abdelrahim said she can’t do that, she said Tucker continued to “embarrass, traumatize, and retaliate against Nourhan by demanding she leave class and go to her office in the middle of class.”


While discussing the issue further, Abdelrahim accused Tucker of being “flippant” of her religion and eventually asking her to leave, according to the lawsuit.


“After getting kicked out of class for being a veiled Muslim woman, Nourhan reported defendant Tucker’s discrimination to KCC, the University of Iowa, and UIHC.”


Upon investigating, UIHC found corroborating witnesses. But Tucker asserted she didn’t know Abdelrahim wore a veil for religious reasons and told investigators the student “was not wearing a veil; it was a scarf. I did not recognize it as part of a veil, it was just a scarf.”


Rather than terminating Tucker, “UIHC first chose to blame the victim,” according to the lawsuit.


“UIHC attempted to gaslight Nourhan into accepting that defendant Tucker’s actions toward her were justified because Nourhan had not proactively sought a religious accommodation from the university.”


Although the lawsuit asserts Tucker remains a UIHC employee, and she’s listed as an employee in the UI directory, the last time Tucker was included in the UI salary database was in September 2021 — earning $95,800.


The state response to the lawsuit denied Tucker received Abdelrahim’s email about her hijab and reported UIHC acted with professional concern upon learning of the alleged discrimination.


Abdelrahim, the state argued, could have taken action to mitigate any damage she suffered.


“Consequently, any damages suffered by plaintiff must be reduced in an amount by which plaintiff could have mitigated those damages, if any,” according to the state response.


The second woman to sue for discrimination, Faith Sang, said she was the only advance practice provider of color on her team when she started in September 2018 and wasn’t assigned a peer to work with “due to short staffing,” according to the lawsuit.


She therefore had to learn UIHC’s system, workflow, and procedures by herself and had to bounce ideas off doctors overseeing her work.


One doctor in particular said she “asked too many questions,” indicating a “knowledge deficit,” according to the lawsuit. When she was scheduled to start seeing her own patients in December 2018 doctors said her knowledge was substandard.


“Plaintiff was not told what area she needed to increase her knowledge in, what mistakes she may have made, or why the doctors felt her knowledge was substandard,” according to the lawsuit. “Because of the alleged concerns, plaintiff was informed she was to remain on orientation status for an additional month.”


As her concerns accumulated, Sang said she made a discrimination report to the UI Office of the Ombudperson. She subsequently was moved to two different departments outside her skill set, according to the lawsuit, prompting another complaint to human resources.


“Human resources and UIHC refused to investigate plaintiff’s concerns,” Sang alleged in her lawsuit, prompting her to reach out to an attorney.


In response, a UIHC doctor threatened to revoke Sang’s privileges if she continued to pursuit possible litigation, according to her lawsuit. She was fired on March 18, 2019.


In fighting the case, the state on behalf of UIHC urged the court to dismiss it — citing, among other things, the amount of time that has passed putting outside the statute of limitations. 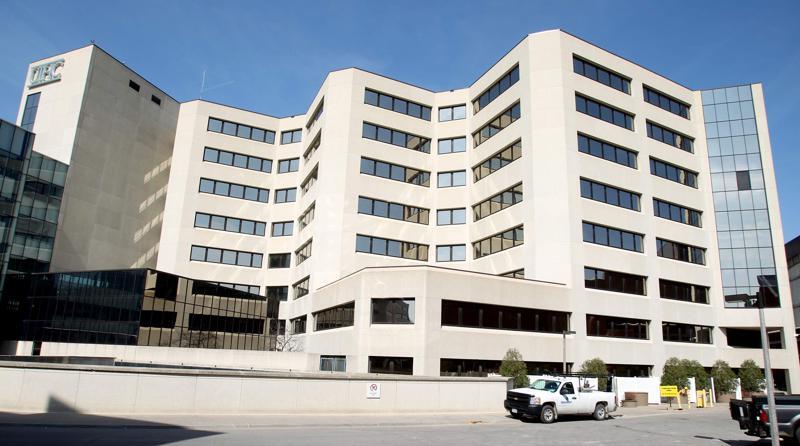 Two women with separate stories of discrimination are suing the University of Iowa Hospitals and Clinics for disparate treatment they say upended their health care careers and humiliated them, according to a pair of lawsuits filed on the same day.

When they lose this case i hope they have to pay UIHC lawyer expenses.
Reactions: your_master5 and ClarindaA's

Both cases seem like a stretch.
Reactions: Phenomenally Frantastic and ClarindaA's

Why would you capitalize "black" there. The whole idea behind capitalizing the word was to bring focus to the Black American experience, I thought... something along the lines of referencing a group of people and not simply an aesthetic descriptor.

Which this lady was not, if her designation as Kenyan means anything. (just happened to be "black" color wise)

What a shock, not.
You must log in or register to reply here.

Off Topic Wednesday at 11:03 AM
onlyTheObvious

This time it's Florida WOman. Time to let her live her her bad decisions?