Sign up for the Paul Krugman newsletter, for Times subscribers only. A guide to U.S. politics and the economy — from the mainstream to the wonkish. Get it in your inbox.
What’s my plan for the next two years? I will be happy, healthy and successful. What will I do to achieve these things? What are you, a Marxist?
I’ve now summarized the essence of the Commitment to America announced by House Republicans last week. This “plan” was obviously meant to evoke Newt Gingrich’s 1994 Contract With America, which was followed by a Republican takeover of Congress.
But the Contract With America, love it or hate it — put me in the latter category — offered a fairly specific policy agenda, with a list of planned legislation. What Republicans have just released, by contrast, is mainly a list of good things they claim will happen, with barely a hint of how they propose to make them happen.

If you squint hard at the economics section of the Commitment to America, however, you can see the faint outlines of a familiar set of ideas — zombie Reaganomics. Which raises a question: Why are deregulation, benefit cuts and tax breaks for the rich still the ruling ideology of a party that now claims to stand for the working class?
Advertisement
Continue reading the main story


Before I get there, a couple of notes on what the economics portion of the commitment actually says.
First, it’s striking how many of the economic complaints are about things that are barely, if at all, affected by government policy, like the price of gas (which has come down a lot since its peak) and supply-chain disruptions (which have been diminishing).
Second, immediately after declaring that “we have a plan to fix the economy,” House Republicans say that they will “curb wasteful government spending.” As anyone who follows budget debates knows, that’s the ultimate weasel phrase. What spending are we talking about, specifically?
Bear in mind that the federal government is basically an insurance company with an army: The great bulk of spending is on health care, retirement and the military. You can’t meaningfully cut expenditure without attacking at least one of these. So which parts of that spending are wasteful?
Well, Senator Rick Scott, the chair of the National Republican Senatorial Committee, has called for sunsetting all federal programs — including Social Security and Medicare — every five years, which would open the door to gutting America’s social safety net. Other Republicans have tried to distance themselves from that idea, although without removing Scott from his position. But again, what is this wasteful spending they propose to cut?

But back to the commitment. Its economic program, such as it is, calls for “pro-growth tax and deregulatory policies.” No specifics, but this is clearly a call for zombie Reaganomics.​


Why “zombie”? Because we now have four decades’ worth of experience showing that deregulation and tax cuts for the rich do not, in fact, produce higher wages and faster economic growth. So the idea that tax cuts are the secret of prosperity should be dead, yet somehow it’s still shambling along, eating Republican brains.
Of course, I’m just saying that because I’m a Marxist. (I’m not, but that’s what modern Republicans call anyone who supports progressive taxation and social insurance.) But for what it’s worth, financial markets share my skepticism. Look at what’s happening in Britain, where Prime Minister Liz Truss’s recent announcement of a Reaganite economic plan sent interest rates soaring and the pound plunging.
Which brings me back to my original question: Why is the G.O.P. still committed to a failed economic ideology?
For a long time, the G.O.P. seemed to fit the portrait famously drawn by Thomas Frank in his book “What’s the Matter With Kansas?” That is, it was a party mostly dedicated to making the rich richer that managed to win elections on social issues — which in practice meant catering to bigotry while campaigning, then pivoting to tax and benefit cuts immediately afterward.

Card 1 of 6
“There’s a stirring of Democratic hearts, a blooming of Democratic hopes, a belief that falling gas prices, key legislative accomplishments and concern about abortion rights equal a reprieve from the kind of midterm debacle that Democrats feared just a month or two ago.”
Frank Bruni, in a roundtable discussion with Molly Jong-Fast and Doug Sosnik, on Democrats’ chances in the coming midterms. Read the discussion.
“So this constant distilling into the ‘Big Lie’ overlooks something key: A sea change is slowly happening on the right as it relates to policy expectations.”
Rachel Bovard, in a roundtable discussion with Ross Douthat and Tim Miller on the future of the Republican Party. Read the discussion.
“The reproductive rights side has long had the numbers, just not the intensity. If Democrats can keep the pressure on, abortion politics could prove increasingly painful and destructive for Republicans.”


“In my 28 years analyzing elections, I’ve never seen anything like what’s happened in the past two months in American politics: Women are registering to vote in numbers I’ve never witnessed.”
Tom Bonier, a Democratic political strategist, in “Women Are So Fired Up to Vote, I’ve Never Seen Anything Like It.” Read the guest essay.
“It is the direction of the line that is most important in politics. And I believe that Biden’s reversal will bode well for other Democrats.”


“While periods of divided government can yield gridlock, they also offer opportunities for progress.”
Oren Cass and Chris Griswold of American Compass, a think tank for conservative economics, in “What Republicans Should Do if They Win Big This Fall.” Read the guest essay.
With the rise of MAGA, however, catering to bigotry is no longer a marketing device; it’s the party’s main agenda. In that case, however, why continue plutocrat-friendly policies? Why not add some actual populism to the mix? Why did Representative Kevin McCarthy, who will likely become speaker if Republicans take the House, declare that his first bill would be one to repeal additional funding for the Internal Revenue Service, allowing wealthy tax cheats to breathe easy?
Part of the answer may be that anti-abortion, anti-L.G.B.T.Q., anti-immigrant warriors don’t know or care much about economic policy, so they’ve left it in the hands of the usual suspects — congressional staff members, conservative think tankers and other apparatchiks who’ve spent their whole careers promoting the tax-cut mystique.

But there may also be a strategy here. Billionaires may no longer run the G.O.P. the way they used to, but the party still wants their money. So plutocrat-friendly policies may be a way of keeping wealthy donors and corporations on board, even if many of them are uncomfortable with the right-wing social agenda.
Advertisement
Continue reading the main story


This strategy depends, however, on working-class voters not realizing what Republicans are up to. Hence the vacuous nature of the Commitment to America; any acknowledgment of what the G.O.P. might actually do could be a big political problem. 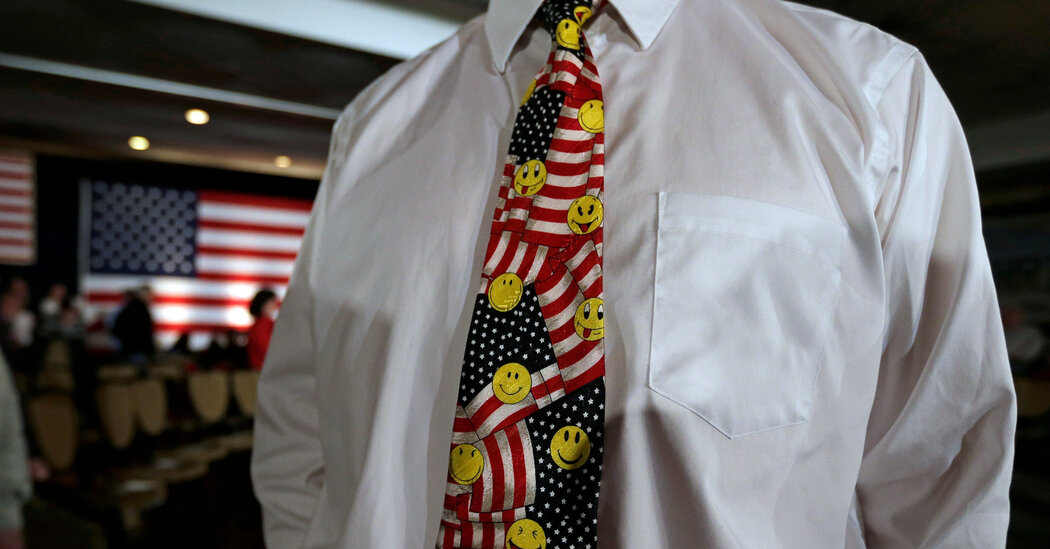 MAGA is in charge, but policy caters to the wealthy.

The G.O.P. Plot Against Medicare and Social Security

Republicans Have No Inflation Plan