U.S. Sen. Joni Ernst of Iowa was elected chairwoman of the Senate Republican Policy Committee on Wednesday, taking the No. 4 spot in Senate GOP leadership.


Since 2018, Ernst has been at the No. 5 spot as the vice chairwoman of the Senate Republican Conference.


“I will be working with all of the members in our conference and presenting different ideas and entailing collaboration,” Ernst said in a news conference Wednesday. “We heard a lot about that over the past several days, so we want to make sure that all of our voices are heard and their ideas are presented fairly across our conference.

“I’m excited about the opportunity to work with each one of our members as we move, of course, into the next election cycle, and I know that the American people will hear our message and it will resonate with them,” she said.


The Senate Republican Policy Committee provides a forum for Republicans to discuss policy in their caucus, including a weekly policy lunch, according to the committee’s website. It also “advances Republican policies by providing positions on legislation, floor debate and votes.”


The committee is now chaired by U.S. Sen. Roy Blunt, R-Mo., who will be retiring at the end of the year. Sen. Shelley Moore Capito, R-W.V., will replace Ernst as vice chairwoman of the Senate Republican Conference.


Republicans will again be in the minority in the chamber after the midterms, with Democrats securing 50 Senate seats ahead of a December runoff election for a seat in Georgia. If the Senate remains split 50-50, Democratic Vice President Kamala Harris will have the tiebreaking vote, allowing Democrats to keep control of the chamber.


Republicans are poised to take control of the U.S. House.


Ernst’s election, which was unanimous, came amid a split over who should lead Senate Republicans. Senate Minority Leader Mitch McConnell, R-Ky., was re-elected to that post, beating a challenge from Sen. Rick Scott of Florida, who led the Senate Republicans’ campaign arm during the midterms.

McConnell beat Scott 37-10 in a secret ballot vote, according to Politico. 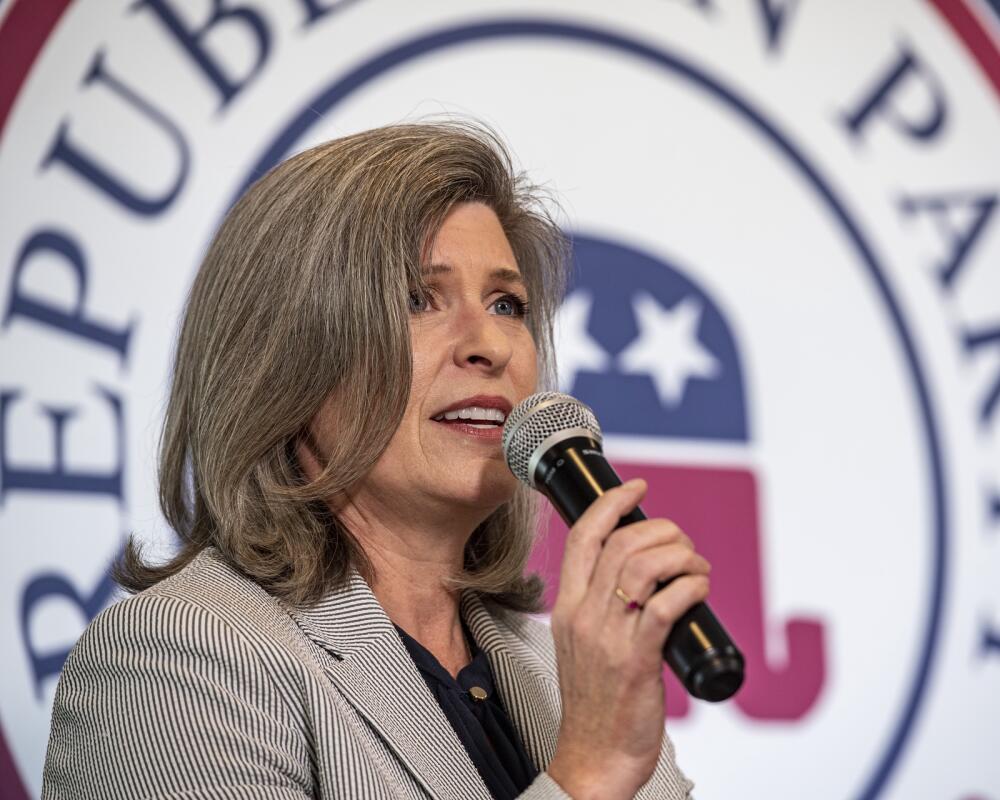 Her resume, for your consideration:

95Hawk said:
Her resume, for your consideration:

How can people continue to vote for these idiotic assholes?
Reactions: ft254

cigaretteman said:
How can people continue to vote for these idiotic assholes?
Click to expand...

They are white and let's face it, anything to spite minority Obama or his party, are good enough reasons. It's racism and we all know it.

Yep, it's pretty clear the Rs have zero plans to do actual legislating if they're putting someone like Joni in this position.

GOHOX69 said:
They are white and let's face it, anything to spite minority Obama or his party, are good enough reasons. It's racism and we all know it.
Click to expand...

Ah, putting together the brain trust. They'll get to the bottom of Hunter's laptop now!!
Reactions: cigaretteman

What, do they meet once a year for the annual holiday party?
Reactions: Huey Grey and cigaretteman

What, do they meet once a year for the annual holiday party?
Click to expand...

'
Yep. Out on the deck. In the nude - for some sunbathing. Just how Joni likes it.
Reactions: cigaretteman

Hawki97 said:
'
Yep. Out on the deck. In the nude - for some sunbathing. Just how Joni likes it.
Click to expand...

Ooh. A saucy little minx with that silver mane and all. I like it.


Just kidding. Actually threw up in my mouth a little.
Reactions: GOHOX69
You must log in or register to reply here.