Reported crimes tied to social interaction jumped at the University of Iowa last year, including sexual violence, with rape reports surging to 64 in 2021.

“We’ve had discussions locally and nationally with our peers, and it is clear that people’s interpersonal behavior was volatile during the peak of the COVID-19 pandemic,” UI spokeswoman Hayley Bruce told The Gazette. “These statistics do not necessarily indicate that campus is any less safe than in years past, but they do indicate the university is receiving more reports.”


As with the UI, ISU Chief of Police Michael Newton credited some of the increase to the COVID era, saying “people have been out of human contact for a couple of years.”


“We're seeing that people are kind of struggling with how do we interact with people, get along with roommates,” Newton said.


Regarding sexual assault, he, too, said some of the jump might be more reporting.


That’s a good thing, he said, even as officials aim to end sexual violence — having implemented prevention efforts in that pursuit.


“It's still a very underreported crime,” he said. “We know there are more sexual assaults that are happening than are reported on our campuses.”


Most of the rapes reported across all three of Iowa’s public universities occurred on campus and in the residence halls, including all 10 of those reported at the University of Northern Iowa in 2021.


“I think it’s an Iowa thing to leave your keys in your car unlocked,” Iowa State’s Newton said. “So we really did some campaigns and talking with our students about, let's take our keys with us, let's lock our vehicles.”


In reporting assaults, UI officials highlighted their campus’ affiliation with the UI Hospitals and Clinics, “which impacts our statistics significantly.”


Specifically, nearly three-quarters of UI’s aggravated assaults over the last three years occurred at the hospital, justifying more collaboration between UI police and UIHC — a step the pair took last year by signing an agreement to provide full-time police presence on the main hospital campus.


UI police currently have three officers and a lieutenant at UIHC around the clock.


“By the end of the year, we'll have four,” Bullock said of plans to increase the officer presence. “Our goal is to have 24/7/365 coverage there in the health care setting.”


Liquor law arrests on public property did increase at UI last year to 85 — from 22 in 2020 and 65 in 2019. But Bullock reported the UI’s relatively recent decision to sell alcohol inside Kinnick Stadium hasn’t worsened alcohol-fueled problems.


“We're seeing less people come through the gates that are intoxicated than before,” Bullock said, reporting fans aren’t in a rush to drink or leave garbage by the gates “because they can get it inside.”


“It's making, from our perspective, a better game-day experience.” 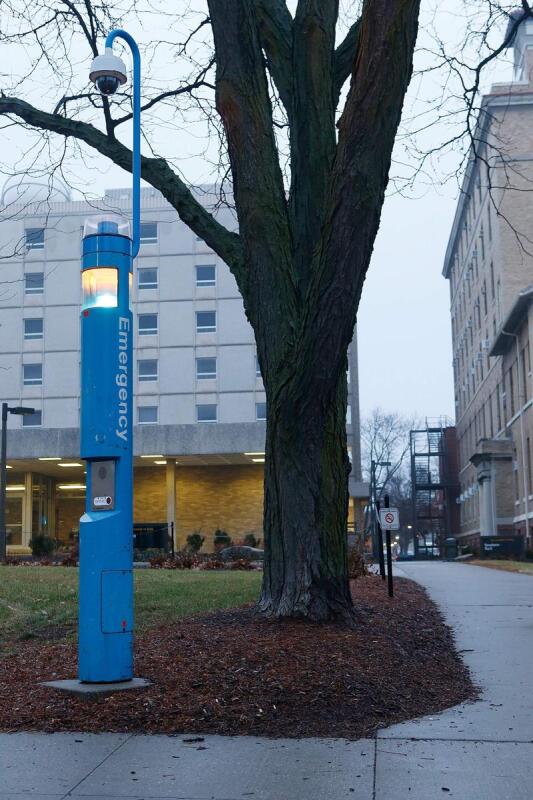