Three years after being leveled by Hurricane Michael, Mexico Beach is coming back 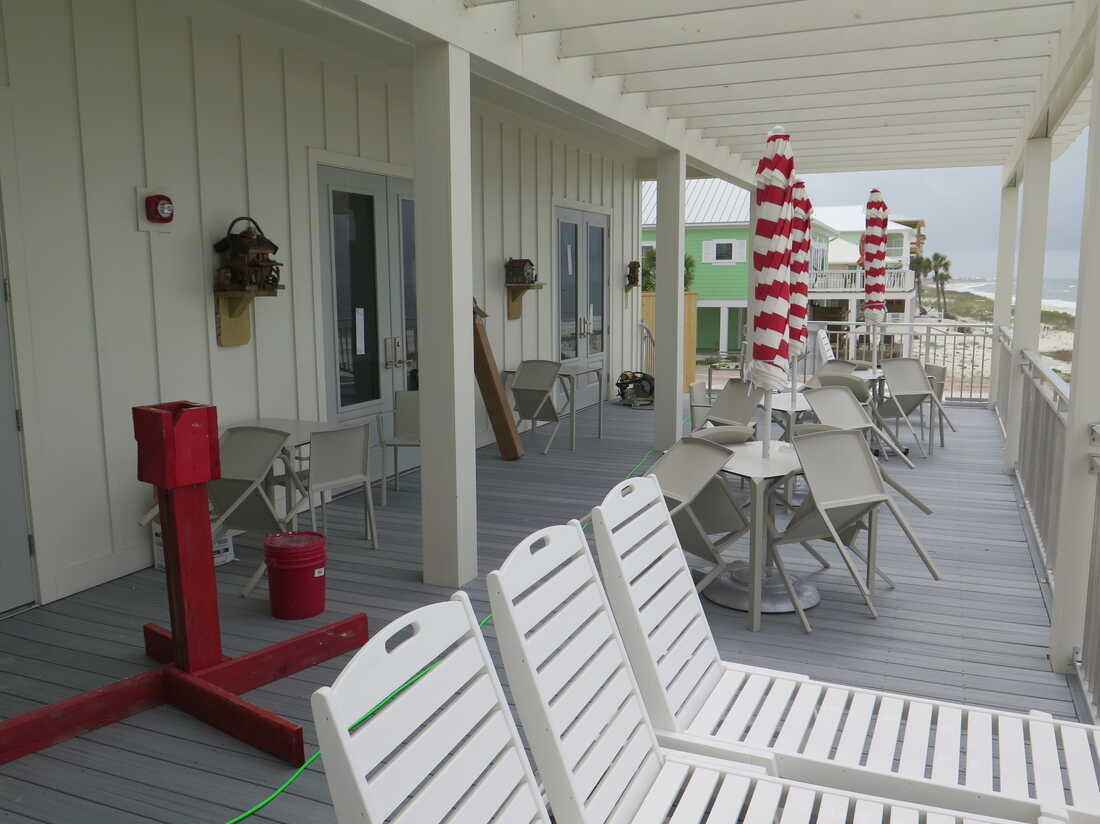 The rebuilt Driftwood Inn is the first major business to reopen in Mexico Beach since Hurricane Michael.
Greg Allen/NPR

MEXICO BEACH, Fla. — Forecasters with NOAA say the Atlantic Hurricane season which begins today will be busier than usual. It's the seventh year in a row there's been an above average hurricane season. That's especially a concern for people who live in the Southeast and along the Gulf coast.

But the threat of hurricanes, climate change and rising seas is not discouraging development along the coasts. One case in point: Mexico Beach, a town on the Florida Panhandle almost totally destroyed by a hurricane three years ago, is coming back.

It was in October 2018 when Hurricane Michael made landfall near Mexico Beach with 160 mile per hour winds and a 17-and-a-half-foot storm surge. It was a Category 5 hurricane, one of the most powerful storms ever to hit the United States. Hotel owner Tom Wood says when he returned to town a few days later, it looked like the test site for an atomic bomb.

"Everything on the beachside ... was gone," he says. "And what wasn't gone, was so damaged by water. On this place, we had water up to the doorknobs on the second floor."

Eighty-five percent of the buildings in Mexico Beach were destroyed, including Wood's beachside hotel, The Driftwood Inn. Three-and-a-half years later, the mountains of debris are gone and rebuilding is well under way. Next month, the new Driftwood Inn will be welcoming guests. It's the first major business to reopen here since the storm.

Wood is 82 now. He's owned the Driftwood for nearly 50 years and has turned over operations to his daughter, Shawna. They say rebuilding in town was slow to get started but is really picking up.
"Individual houses (are) coming back tenfold," Wood says. 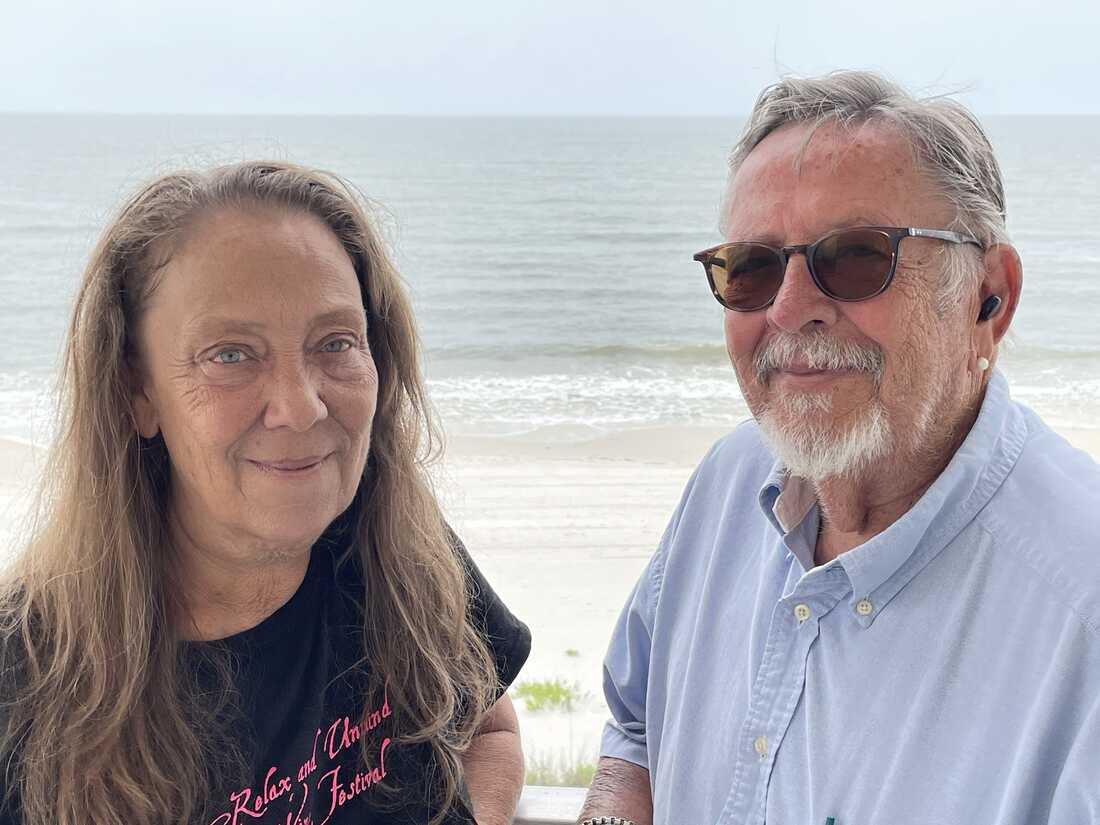 Shawna Wood and her father, Tom Wood, say their hotel has been rebuilt to be able to withstand 140 mph winds.
Greg Allen/NPR

Shawna Wood adds, "Our bank was the first thing to come back. And then shortly after that, the gas station. But it was probably two years in."

COVID didn't help the rebuilding effort. It made it difficult to find workers, caused supply problems and pushed up costs. Construction here also was put on hold until the town revised its building code. The new Driftwood Inn sits 6 feet higher than the previous one and is built to withstand a Category 4 hurricane. Wood is asked: What would happen if there's another Hurricane Michael, a Category 5 storm?

He considers a moment and then says, "I don't know. We had to do things like put hurricane-proof windows in, had to put pilings down. So, would it hold up? I think it would hold up. But there would be a lot of damage."

Mexico Beach has adopted one of the toughest building codes in Florida. Al Cathey, the longtime mayor, says that decision was controversial. But to qualify for $100 million in federal grants, he says Mexico Beach had to take steps to harden the city and require new construction to be able to withstand hurricane-force winds.

"And we upped [the building code] to 140 mile-an-hour wind," Cathey says. "And we also made some differences in elevation. And you can see just driving through town, our town is taller. It should be." 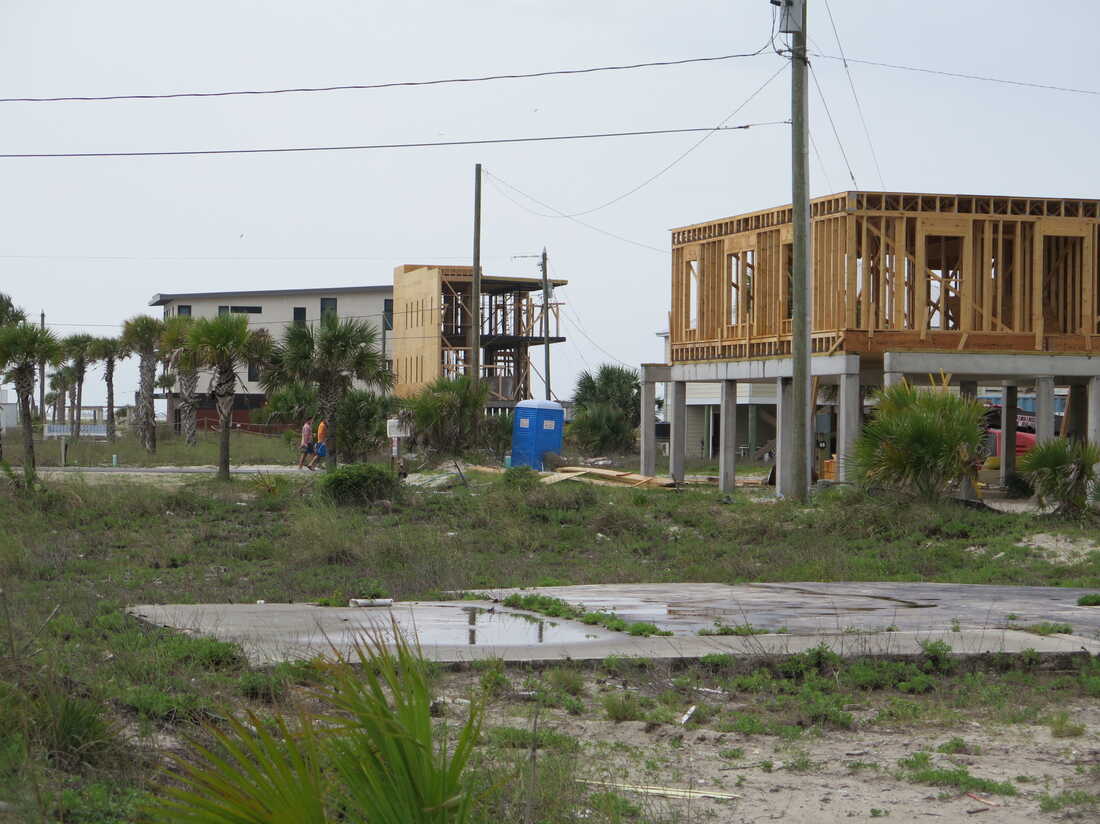 Three-and-a-half years after Hurricane Michael, real estate prices in Mexico Beach are as high as they've ever been.
Greg Allen/NPR

The hurricane, and the high cost of rebuilding, drove many older residents out. But real estate agent and longtime resident Kevin Crouse says there are lots of newcomers.

"You know, it used to be called the Forgotten Coast," he says. "I don't think it's so forgotten anymore."

There are two housing developments going up and a third one starting soon. Crouse says the risk of living on the coast in an area that was recently leveled by a hurricane hasn't hurt home values.

"You had some fire sales there in the beginning," he says. "That's no longer the case. Gulf-front lots are going for a million beachside or a half a million. We are right back there at the top of the market, and it's still climbing."

Although the new code requires buildings to be more resilient, the town retained its height and density limits. That rules out high-rise condo buildings and other developments that might begin to erode Mexico Beach's small-town character.

Mayor Cathey says there's been another change since the storm. People on Florida's Panhandle used to think they were unlikely to experience a direct hit from a major hurricane. That's no longer the case.

"When a storm gets in the Gulf, I perk up," he says. "I pay attention. I'm not a slow learner when it comes to storms anymore."

If people on Florida's Panhandle needed a reminder about their vulnerability, they got it last month. A week before the official start of hurricane season, meteorologists began tracking a tropical disturbance in the Gulf of Mexico. It came ashore not far from Mexico Beach. 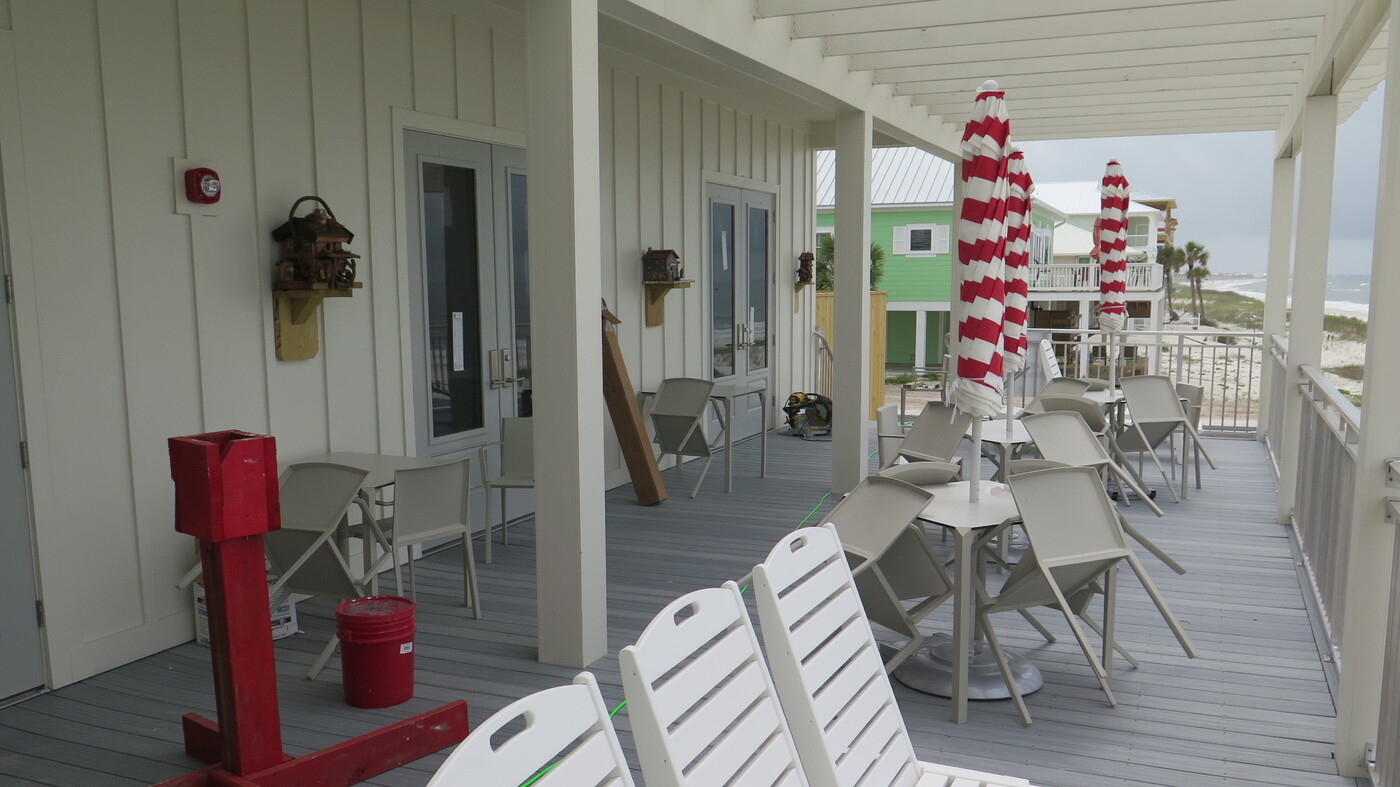 3 years after being leveled by Hurricane Michael, Mexico Beach is coming back

The high cost of rebuilding drove some residents out. But there are many newcomers. A real estate agent says, "It used to be called the Forgotten Coast. I don't think it's so forgotten anymore."

We passed thru last month. Everything is new construction. You can still see the damage to the slash pine. It's pretty amazing, you're driving thru pine forest and once you make it far enough west that you're no longer in the protection of the barrier island all the trees end about 25 feet up like someone with a giant weed wacker came thru.
Reactions: The Tradition
You must log in or register to reply here.

Wisconsin man seriously injured after being runover by his tractor...