You know what's better than a Mike Z versus NChawk meltdown thread?

Not even a fresh installment of Tuesdays With Torbee.

But we can't have nice things, so now you have to read this: 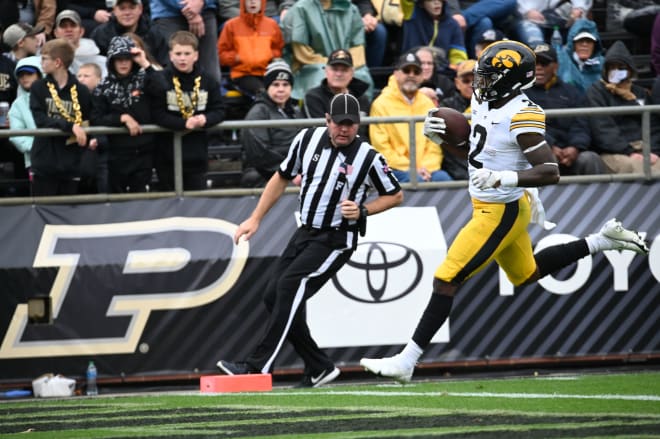 Heading into last Saturday’s road game watch, I didn’t know what to expect.

Yes, the Hawkeyes broke a dispiriting three-game losing streak the week prior, manhandling an outmatched Northwestern team at Kinnick Stadium. However, Purdue has been a perpetual thorn-in-the-side of not just Kirk Ferentz, but defensive wizard Phil Parker as well.

Factor in former Iowa wide receivers Charlie Jones and Tyrone Tracy, a pair that could have definitely helped with the Hawkeyes 2022 offensive woes, now playing for the Boilermakers and the ball game in West Lafayette loomed as possibly soul crushing. It was either going to be “Ahh, Charlie bit me!” or “Sorry Charlie!” when the dust settled at Ross-Ade Stadium. Fortunately, the Purdue offense was chopped into tuna salad by an aggressive Parker game plan and hard hitting from Iowa defenders. On the opposite side of the ball, Kaleb Johnson turned in an eye-popping and much-needed 200 yard rushing performance and the offensive line for the second week in a row gave Spencer Petras enough time in the pocket to allow his big arm to make important plays.

The Charlie Jones drama was a fitting subplot for this contest. Jones did look impressive – hauling in 11 passes for 104 yards as the centerpiece of the Boilermaker offense. Any Iowa fan who tells you they wouldn’t want that kid and his production on their team is either lying or football dumb. That said, Jones’ exploits feed right into the Ferentzian belief that the sizzle is less important than the steak. If Charlie Jones is Chuck Sizzle, maybe we need to start calling Kaleb Johnson Kale Kobe, as in the world’s tastiest steak.

Behind the emerging freshman running back, the Hawkeyes both made huge, game changing plays (his 75-yard touchdown early in the third quarter effectively ended Purdue’s comeback chances) and ground down the Boilermaker defense by running clock in the second half. By modern college football standards, Petras’ line of 13 for 23 for 192 yards, 2 touchdowns and 0 interceptions is fairly mundane. But the supposed All-Big 10 signal caller on the other side of the ball produced a dismal 20 of 43 for 168 yards, 0 touchdowns and 2 interceptions by comparison. Turns out defense can still win out if it is complemented by just enough offense.

As is tradition, Iowa decided a three-score lead was most likely good enough. After Johnson’s aforementioned 75-yard touchdown dash only 17 seconds into the second half, there was no scoring for the remaining 29 minutes and 43 seconds of play.

That is full bore, vintage Iowa boa constrictor football and I’m here for it. Iowa was content to allow Purdue to gobble three-to-six yards of territory on most plays, but only with the clock running. Mix in some big hits on receivers, hard sacks that had Aiden O’Connell begging the referees to bail him out and Tory Taylor’s strategic punting and it was weirdly sexy, at least to a football Neanderthal like me.
This is a style of football that wins many Big 10 games come November.

Iowa’s early-season struggles this year are well documented. What isn’t talked about enough, however, is the recent dominance of Ferentzball when, as Gordon Lightfoot says, the skies of November turn gloomy.
In the past four seasons, the Hawkeyes have posted a 13-3 record in November, with the three losses coming by a combined 8 points only. The only losses in that stretch (2018-2021) are by 2 points to Purdue, 4 points to Northwestern and 2 points to Wisconsin. Combine this fact with the reality that Iowa’s toughest games are behind it, its offense finally rounding into some semblance of shape, and winning out does not seem like near the impossibility it did a couple weeks ago.

Like the Purdue game, there is an interesting macro storyline in play heading into the annual Badger-Hawkeye tilt. Both teams have turned their early season disasters around and are playing better football, but they arrived at that place via different strategies. In Madison, the athletic director leaned into sudden change, firing Paul Chryst despite his .700-plus winning percentage in what was a shocking turn of events to many. In Iowa City the decision was made to lean into stability and the known-known. Kirk and Brian Ferentz were given time and latitude to turn the ship around, and so far, it appears that lack of gamble is paying off for Athletic Director Gary Barta.

If the Badgers find a way to win in Kinnick, though, I suspect the boo birds in the fan base will be back in force. Best to just win the damn game, I guess.
Finally, here is one nugget of information sure to bring a smile to any Iowa fan’s face, regardless of their stance on the Ferentz coaching tree: If (when) Nebraska loses to Michigan this Saturday, the Cornhuskers will be the ONLY Power 5 program to fail to earn a bowl trip since 2017. Yes, Kansas, Rutgers, Indiana and Vanderbilt have all gone or are going to a bowl since the last time mighty Nebraska accomplished the feat.

torbee said:
Nothing.
so now you have to read this:
Click to expand...

If I read all that do I get my likes back from the nuked thread?
Reactions: desihawk, mnole03, Mike Zierath and 2 others

Derekd3408 said:
If I read all that do I get my likes back from the nuked thread?
Click to expand...

Yes, @Mike Zierath says that is 100 percent accurate and true.

Derekd3408 said:
If I read all that do I get my likes back from the nuked thread?
Click to expand...

Glad you have something to keep you busy. 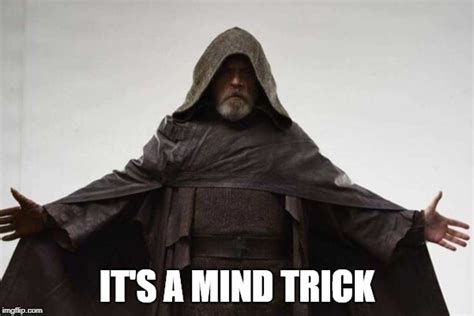 Fresh mozzarella sticks right out of the fryer with a solid marinara sauce.
Reactions: Moral

torbee said:
Finally, here is one nugget of information sure to bring a smile to any Iowa fan’s face, regardless of their stance on the Ferentz coaching tree: If (when) Nebraska loses to Michigan this Saturday, the Cornhuskers will be the ONLY Power 5 program to fail to earn a bowl trip since 2017. Yes, Kansas, Rutgers, Indiana and Vanderbilt have all gone or are going to a bowl since the last time mighty Nebraska accomplished the feat.
Click to expand...

For those that have the attention span of a 13 year old on Tik Tok, here's the most important couple of sentences in the whole thing.

Thought experiment: What if punters could score a point in football?