This might be a little tougher than Putin thought...

Funny how the US Taxpayer always gets it dry…
H

seminole97 said:
You can’t just park tanks in the elements in Siberia and count on them in the future.

Probably a lot of useful spare parts in there, but I think it would take a while to make just a company of functioning tanks from what you see in that pic.
Click to expand...

Exactly. Think about our airplane boneyard. Those are in the desert with dang near no moisture and no freeze cycles. Just heat and sun that will destroy rubber but the rest of the planes should be in ok shape. Imagine these tanks going through damp summers and then cold siberian winters. These things are probably just parts now.
Reactions: Joes Place and h-hawk

NATO had nothing to do with Putin's imperial ambitions here.
If anything Ukraine in NATO would have fully prevented them.

No, the US has not been looking the other way since 2014, quite the opposite. Here's an article listing a lot of US involvement since Obama assigned Biden Ukraine in 2009. The US further upped involvement when Biden took over.

"In February 2014, the US State Department and CIA managed to pull off what Biden had sought. A US-funded violent uprising, now referred to as the “maidan revolution”, toppled the government of pro-Russia president Viktor Yanukovych. Led by far-right militia groups, the official reason for the insurrection was widespread government corruption."

The US and the West have brought this war on us, and the whole world is suffering with no end in sight

hwk23 said:
No, the US has not been looking the other way since 2014, quite the opposite.
Click to expand...

You prefer dictators and oligarchs over democracies?

Were you part of the Capitol insurrection, too?
Reactions: torbee and Slappy Pappy

seminole97 said:
Funny how the US Taxpayer always gets it dry…
Click to expand...

Joes Place said:
You prefer dictators and oligarchs over democracies?

Were you part of the Capitol insurrection, too?
Click to expand...

Do you consider overthrowing an elected President of Ukraine democracy? Most of his supporters happened to be in the Donbas and eastern Ukraine, the side that wanted to be allied with Russia.

hwk23 said:
Do you consider overthrowing an elected President of Ukraine democracy?
Click to expand...

It wasn't a "democracy". It was a Putin satellite, where people's votes didn't count.

Literally why they now rally around a duly elected leader, and not an oligarch puppet.
Reactions: torbee and VodkaSam

"Next, logistical lines had to established, first by establishing a supply hub near the Ukrainian border (at Rzeszow, Poland), getting those supplies across the border (in a way that made it hard for Russia to interdict), and then distributing it to the front lines in wartime conditions. Nothing about logistics is easy, even in the most peaceful conditions, so the way the allies and Ukraine developed theirs on the fly and in a war zone will be a great book someday. So at the start, it was a challenging enough getting Javelins, rifles, helmets, and Stingers to the front lines, forget trying to move equipment and weapons weighing in the tons. All of that had to be scaled up. And in just three months, they have.

Take HIMARS. The vehicle weighs 18 tons. That’s a lot, sure. But the ammo is the real beast. An MLRS/HIMARS pod carries six missiles, and weights 2.5 tons. That’s a single volley, enough for just seconds of firing time, and each one weighs 2.5 tons.

There’s been no talk about support vehicles, but Ukraine will need HEMTTs to lug these pods. Lots of them, since the bottleneck to the HIMARS (and M270 MLRS donated by Germany and the U.K.) will be the ability to supply and transport these rocket pods. Each truck can carry four pods, eight if it has a trailer. So we’re talking 10-20 tons of rocket pods on a single truck, or enough for about an hour of fire missions given HIMARs five-minute reload time. (Likely more, because the HIMARS will want to move to a new location to foil counter-battery efforts, but still, you get the point.)

A C-5 cargo plane can carry 140 tons of cargo, or 56 rocket pods—just 10-12 hours of fire missions for a single launcher. Keeping those launchers firing is a serious logistical challenge, almost impossible to maintain without impacting the delivery of other needed equipment and supplies. Like the M113 armored personnel carriers on a ship somewhere in the Atlantic right now, this stuff will need to be shipped via ocean freight from the United States (backfilling German and UK stocks that can hopefully be delivered fastest).

And that’s just getting it to Poland. Those pods then have to travel 1,200 kilometers (745 miles) from Rzeszow, Poland, to the edge of Ukrainian-occupied Donbas, and then delivered to the HIMARS themselves. That was my job! Yes, I had to make sure everyone in my platoon had food, fuel, water, and maintenance supplies. But that was the easy part. Keeping our launchers loaded with rockets? That was the real challenge. And in our war gaming during peacetime, it was hard to launch more than a few fire missions per day. MLRS/HIMARS are the most logistically challenging weapons system in the U.S. arsenal for a reason.

Wartime makes things both harder, because someone is shooting back, but also easier, because a desperate army will do whatever needs to get done to get those pods to the front faster and more efficiently. But the only reason we’re even talking about this now is because Ukraine has spent three months building, refining, and optimizing their supply lines. There’s no way they could've handled HIMARS in the early days of the war. It was hard enough to get troops (and especially their artillery) ammo." 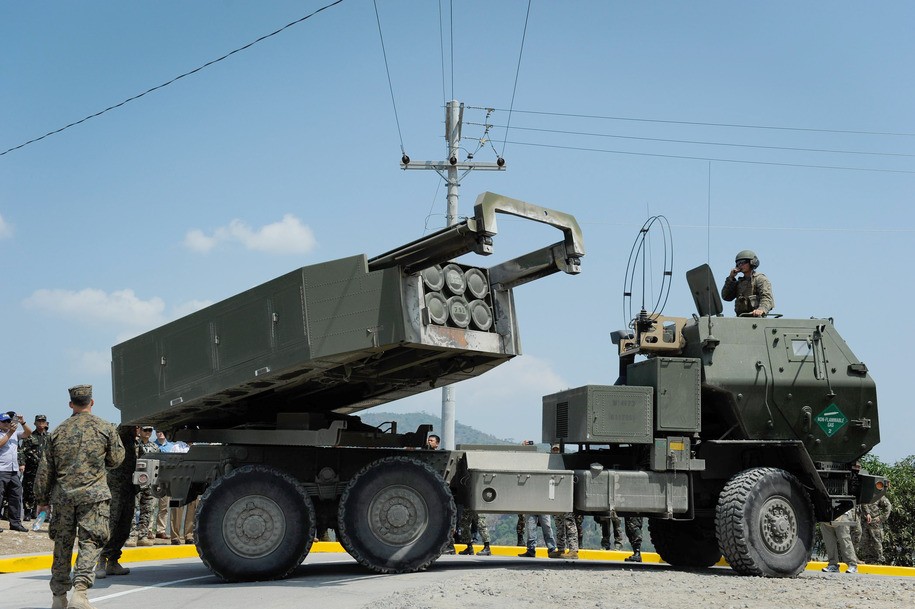 Ukraine Update: Not enough? Here's the challenge of moving even four HIMARS

OK HROT-here is your chance to help Ukraine and get rich.

Bad timing when they can use that gas in Europe.

HOUSTON, June 30 (Reuters) - A U.S. pipeline safety regulator on Thursday said it found unsafe conditions at a Texas liquefied natural gas export facility and will not allow owner Freeport LNG to restart the plant until an outside analysis is complete.

A June 8 blast and fire knocked out Freeport LNG's Quintana plant, which exports about 15 million tonnes per year of the chilled fuel.

The preliminary finding by the U.S. Pipeline and Hazardous Materials Safety Administration (PHMSA) indicated a restart could not happen before September at least.

The report on the second-biggest U.S. LNG export plant indicates further global shortages and higher prices in Europe and Asia. The loss of Freeport's exports comes amid reduced gas flows to Europe from Russia's Nord Stream pipeline, and as China's LNG demand is recovering from COVID-19 shut-ins.


OK HROT-here is your chance to help Ukraine and get rich.

The Russians are unlawful combatants, as they have not formally declared war.
Thus, they should not be protected by the Geneva Conventions or laws of war.

Arm Ukrainians with lasers and drones with lasers to blind the enemy combatants with them. Blind Russians won't pose much of a threat.

binsfeldcyhawk2 said:
The Littoral combat ships that haven't panned out for us would be perfect for them.

Basically fits the need Ukraine has...

Turn what was basically a procurement boondoggle into a plus....might be too expensive for the Ukrainians to maintain though. 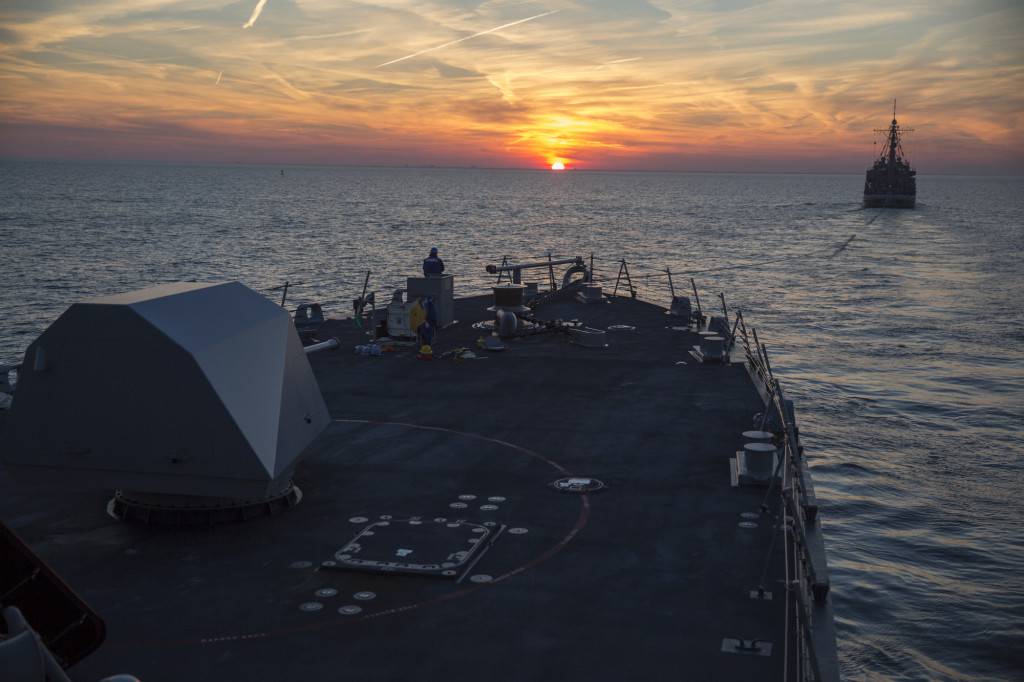 The congressional fight to scrap littoral combat ships isn’t over

Congress appears poised to save five littoral combat ships from an early retirement, but the chairman of the House Armed Services Committee is saying that the fight to ditch the ships is not yet over.

The Littoral Combat Ship (LCS) is a fast, agile, mission-focused platform designed to operate in near-shore environments, winning against 21st-century coastal threats. The LCS is capable of supporting
www.navy.mil 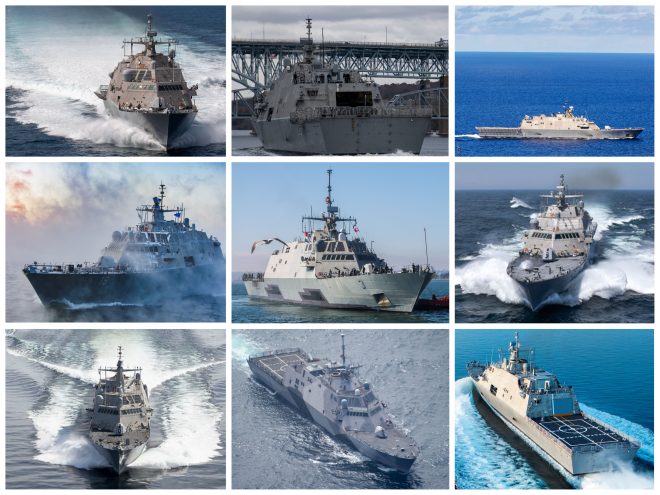 The Navy could transfer the Freedom-class Littoral Combat Ships it plans to decommission to other countries, Chief of Naval Operations Adm. Mike Gilday told lawmakers today. Testifying before the Senate Appropriations Committee defense subcommittee, Gilday suggested the panel assess the...

We'd have to pay someone to tow them to the Black Sea since the engines would most likely conk out before they got there.
Snark aside, is Turkey going to allow ships in? I assume the small patrol craft actually can come in via flatbed trucks if there is not an inland route via rivers past the Bosporous. Years ago I saw some Coast Guard boats being hauled on flatbeds going west on I-80 near the Iowa / Nebraska line.
Reactions: binsfeldcyhawk2 and h-hawk

Good news is that this should still mean more tanks and artillery.

h-hawk said:
Don't agree with the text but as a writer previously noted, being a former empire has given Russia advantages in this war.

I doubt those things are anywhere near an operational status. I assume they haven't had any maintenance done to them in years, and are missing critical parts. Like, engines.

North Koreanesque. Like their propaganda 90 minutes into war on February 24th that they had basically taken out all of Ukraine's military infrastructure. It's just incredible.
Reactions: VodkaSam and h-hawk

Training of artillerymen with the use of 105 mm L118 towed howitzers and MLRS rocket launchers, which takes place at the artillery training ground near the city of Salisbury in UK.

No alcohol is going to go over like a lead balloon for the soldiers/sailors.
Reactions: mnole03, lucas80 and h-hawk

Given the market and political context, I’ve gotta imagine the problems are serious.
Reactions: h-hawk

lucas80 said:
I doubt those things are anywhere near an operational status. I assume they haven't had any maintenance done to them in years, and are missing critical parts. Like, engines.
Click to expand...

Hell, look just how poorly maintained their best tanks were that they used to start the invasion with. The tread was literally falling off of them or they just broke down and were abandoned. They expect me to believe those that have just been rusting away in Siberia will even move? Yeah right.
Reactions: Joes Place and TunzaHawk

Herky T Hawk said:
No alcohol is going to go over like a lead balloon for the soldiers/sailors.
Click to expand...

The Russians will drink hooch made from old potato skins. Or, antifreeze. Whatever is handy that they can catch a buzz off of.
Reactions: hawksurprize

lucas80 said:
The Russians will drink hooch made from old potato skins. Or, antifreeze. Whatever is handy that they can catch a buzz off of.
Click to expand...

Maybe we should be drone-dropping in free alcohol for them.

Because final solutions have worked out so well for Germany in the past.
Reactions: TC Nole OX and h-hawk

Reactions: HawkMD, Joes Place and Tenacious E
You must log in or register to reply here.

Opinion The U.S. is a lot stronger than Russia. We should act like it.