Days before the New York attorney general filed a lawsuit accusing Donald J. Trump and his company of fraud and seeking to shut down some of their business in the state, Mr. Trump’s lawyers created a new company in Delaware.
The new company’s name had a familiar ring to it: the Trump Organization, the same name as his old company, now threatened by the lawsuit. And on Sept. 21, the day the suit was filed, the new Delaware company filed paperwork in New York, seeking to be recognized there as the Trump Organization II.
Those maneuvers were detailed for the first time in a court filing on Thursday from the attorney general, Letitia James, who raised the prospect that Mr. Trump was seeking an end run around some of her lawsuit’s harshest potential punishments.
But her filing acknowledged that Mr. Trump’s lawyers had explicitly said they had not taken any steps to avoid the potential consequences of the lawsuit. Mr. Trump’s lawyers, according to the court filing, also offered to provide “assurances and advance notice” to address Ms. James’s concerns.
Advertisement
Continue reading the main story


And because the new company was formed before the lawsuit was filed, Mr. Trump’s lawyers would not have known the specific consequences the attorney general was seeking.
Ms. James, however, remained concerned about the company’s motives and sought intervention from a judge. Her Thursday filing requested an order from the judge that would prohibit the Trump Organization from transferring its assets without court approval.
“Since we filed this sweeping lawsuit last month, Donald Trump and the Trump Organization have continued those same fraudulent practices and taken measures to evade responsibility,” Ms. James said in a statement. “Today, we are seeking an immediate stop to these actions because Mr. Trump should not get to play by different rules.”

Alina Habba, a lawyer for the former president and his company, said in a statement that Ms. James’s filing was “simply another stunt.”
“We have repeatedly provided assurance, in writing, that the Trump Organization has no intention of doing anything improper,” she said.

Ms. Habba also accused Ms. James of using the filing to keep the case before Arthur F. Engoron, the state judge who had overseen disputes between Mr. Trump’s lawyers and Ms. James’s office during her investigation, before the lawsuit was filed. Justice Engoron ordered Mr. Trump to sit for a deposition and at one point held him in contempt of court, fining him $110,000.
After the lawsuit was filed, Ms. Habba requested that the case be overseen by a different judge, a request that is pending. She said Ms. James’s filing on Thursday was “nothing more than a thinly veiled attempt to keep this case with Justice Engoron.”
The former president has denied all wrongdoing and accused Ms. James, a Democrat, of pursuing a partisan witch hunt against him.

In her lawsuit, which accused Mr. Trump of lying to his lenders and insurers by fraudulently overvaluing his assets by billions of dollars, Ms. James asked a judge to impose a variety of punishments that would restrict his ability to do business in New York. She is seeking to bar Mr. Trump and the Trump Organization from acquiring commercial real estate there for five years and to prohibit him and three of his adult children from running companies in the state.
Sign up for the New York Today Newsletter Each morning, get the latest on New York businesses, arts, sports, dining, style and more. Get it sent to your inbox.
While Ms. James stopped short of trying to dissolve the Trump Organization, her lawsuit indicates that she wants to shut down at least a portion of the former president’s New York operations. Her lawsuit asks that a judge cancel the business certificates that allow some of his properties there to function, including his flagship commercial property at 40 Wall Street in Lower Manhattan.
Ms. James is also asking that the Trump Organization be made to forfeit some $250 million that she says it improperly reaped by misleading lenders and insurers about Mr. Trump’s net worth. Her Thursday filing expressed concern that, if the company is able to transfer its assets out of state, it might skirt those payments.
Advertisement
Continue reading the main story


In the filing, Ms. James also asked a judge to immediately install a monitor to oversee the company’s disclosures to lenders and insurers, the issue at the heart of her case.
The lawsuit, citing “substantial, persistent and repeated fraudulent and misleading conduct,” centers on Mr. Trump’s annual financial statements, yearly records that include the Trump Organization’s estimated value of its holdings and debts. The company provided the statements — which wildly inflated the worth of nearly every one of its marquee properties, Ms. James said — to lenders and insurers “to obtain beneficial financial terms,” including lower interest rates and premiums.
In the filing on Thursday, Ms. James asked a judge to prohibit the company from submitting the annual statements without additional disclosures about the methods used to calculate the value of Mr. Trump’s assets. She also asked that a trial date be set in early October 2023.
Ms. James’s lawsuit accused Mr. Trump, three of his children and his company of “staggering fraud” in the valuation of some of his most well-known properties, including Trump Tower and 40 Wall Street in Manhattan and Mar-a-Lago in Florida. When interviewed under oath by her office, Mr. Trump invoked his Fifth Amendment right, refusing to answer all substantive questions.
The lawsuit coincides with a litany of other legal woes for Mr. Trump, including a number of criminal investigations involving his conduct in the final weeks of his presidency. In August, the F.B.I. searched Mar-a-Lago as part of an investigation into his removal of sensitive material from the White House; federal prosecutors are scrutinizing his efforts to reverse his 2020 election loss; and a Georgia district attorney is investigating his potential interference in the state’s election results.
Mr. Trump has not been accused of wrongdoing, and it is unclear whether any of those inquiries will lead to criminal charges against him.
In Manhattan, the district attorney’s office has been conducting a criminal investigation into some of the same conduct at the center of Ms. James’s lawsuit. Prosecutors had been marching toward an indictment of Mr. Trump early this year, before pulling back.
The district attorney, Alvin L. Bragg, has said the investigation is continuing. 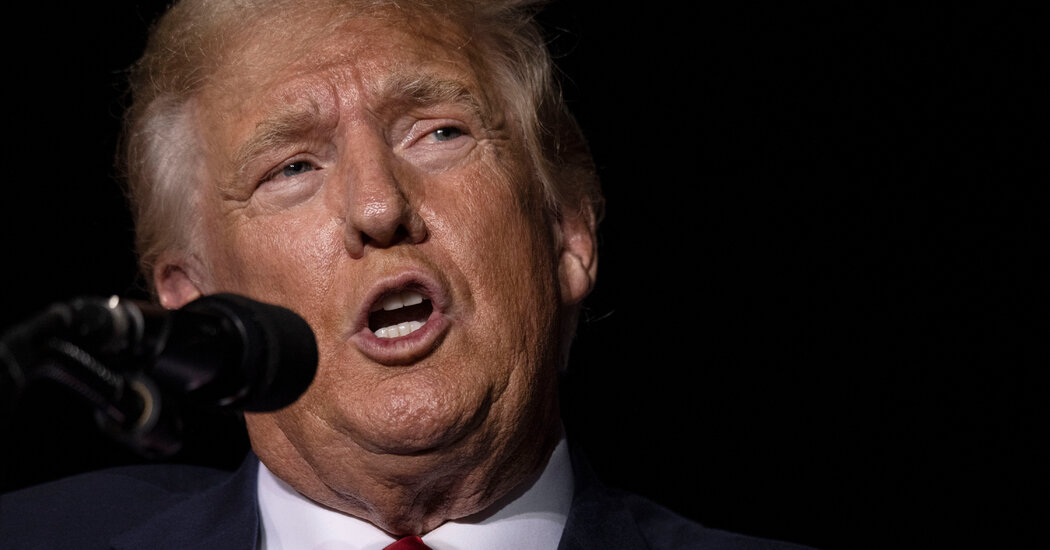 The New York attorney general, Letitia James, who is suing the former president, questioned his motive for forming a new company, which will be known in the state as the Trump Organization II.

Will Little Don be a top exec in this company, too, and at some later date admit he knows nothing about accounting, and didn’t sign off on any financial statements. Which is weird for a top exec.
https://www.businessinsider.com/donald-trump-jr-admits-he-doesnt-get-basic-accounting-2022-10?amp
Reactions: cigaretteman
You must log in or register to reply here.